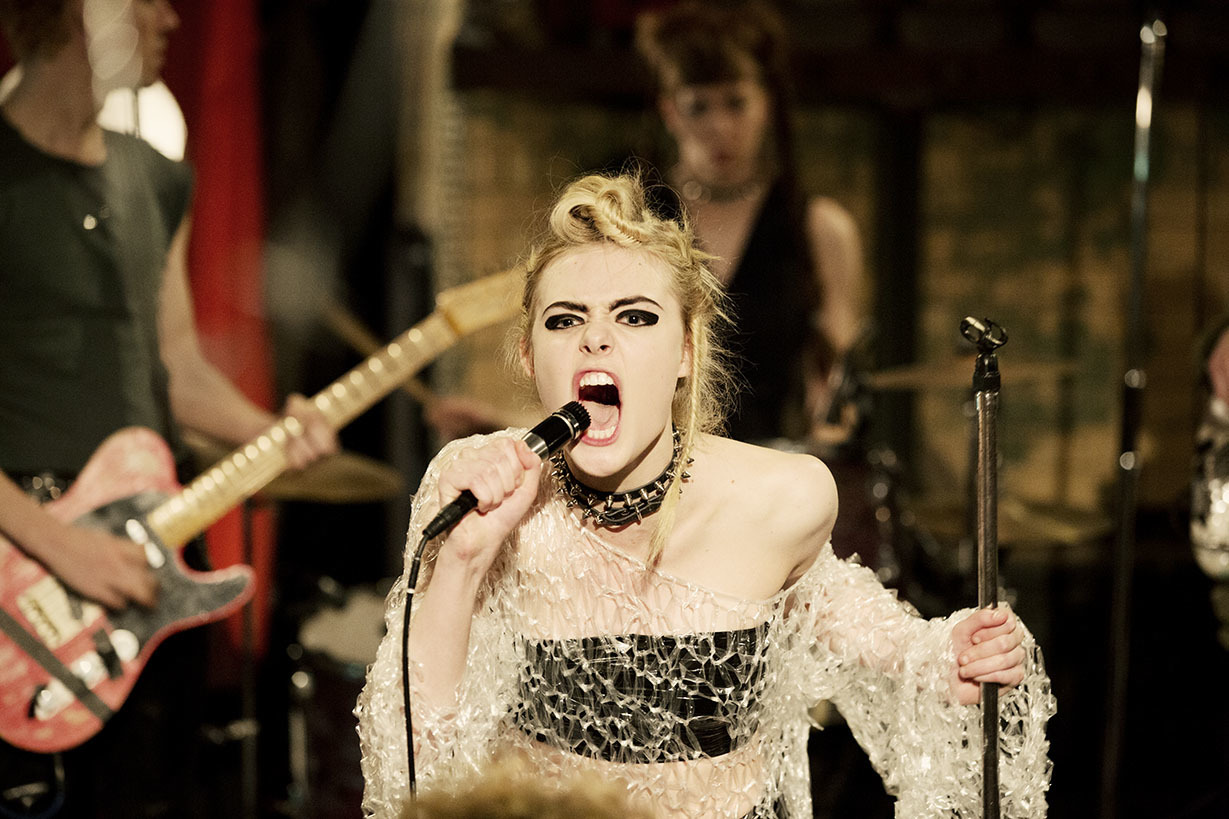 How to Talk to Girls at Parties isn’t quite about either girls or parties. Set in Croydon, England, in 1977, it follows the just-awkward-enough-to-be-sort-of-charming Enn (short for Henry, and played by Alex Sharp) as he navigates the burgeoning punk scene in search of girls to talk to. After an unsuccessful attempt to impress a pink-haired former classmate at a show, Enn and his two punk comrades end up at an unusual house party. Greeted at the door by a woman dressed in lycra who dispassionately introduces herself as Stella, the three unremarkable young men cross the threshold into another world. While Enn’s mates fraternize with the peculiar partygoers, Enn wanders the house observing the bizarre behaviors and color-coordinated costumes and failing to successfully interact with any women. Until, of course, he encounters the rebellious Zan, portrayed brilliantly by Elle Fanning.

Zan is undeniably the best part of this film, and her introduction makes that immediately clear. We meet Zan as she storms away from her conformist, yellow-clad family members after a disagreement about wanting to experience more of human life (oh yeah, she’s an alien…more on that later). Seconds later, she’s met with a new experience for her, but a time-honored tradition here on earth: a human man explaining punk to her. Never having had this happen to her before, she’s intrigued; “Do more punk to me,” she says as he helps her cut her skirt in possibly the most endearing moment of all time. What follows is pretty standard for sci-fi romances. The naïve Zan falls deeply in love with the first human she encounters as he shows her what it means to be a punk in Croydon, England. 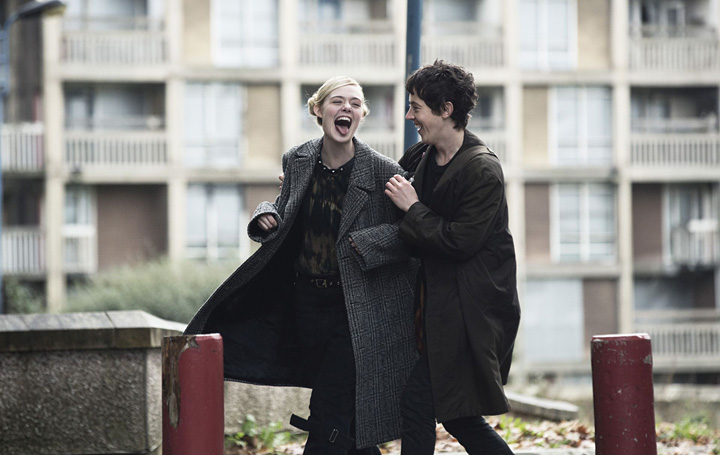 The love story is complicated by the fact that the alien race Zan belongs to participates in a feeding ritual in which the “parent teachers” consume their young to avoid the overpopulation that drove them to leave their planets of origin. Zan’s days are numbered, and she’s hell bent on living a little before ending up in an alien digestive tract. The standout scene takes place at an underground show, where Zan receives a makeover from the apparent tastemaker of the punk scene, Queen Boadicea (Nicole Kidman, dressed as Jareth from Labyrinth). Queen Boadicea encourages Zan to sing, and oh boy does she sing. In what can only be explained as an improvised duet achieved via mind melding, Zan and Enn scream, “EAT ME MOMMY, MOMMY” at a first bewildered, but ultimately enthusiastic jumble of punks.

While How to Talk to Girls at Parties has all the components of a future cult classic—hot lady aliens, a specific visual style, punk ideology, etc., it feels a little too forced and incoherent to have much staying power, and it’s also worth mentioning that there’s a pretty problematic running joke about alien probes that didn’t do much for the plot. Despite its shortcomings, it will always be the movie that gave us punk rock Elle Fanning, and that’s got to count for something.

Tags: A24, aliens, Elle Fanning, how to talk to girls at parties, Neil Gaiman, punk