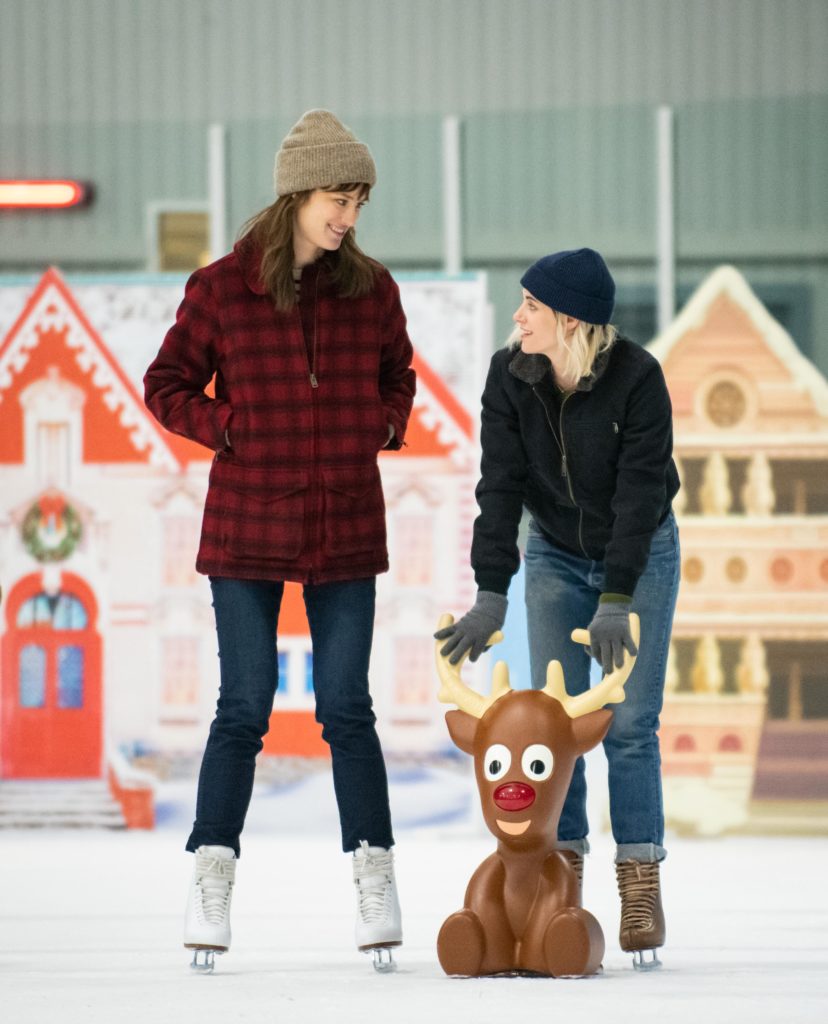 There is an episode of Daria where our heroine finds herself at odds with her high school’s new soda sponsorship. Whenever she raises concerns about the soda company hijacking their education, an adult invariably asks “But Daria, don’t you drink soda?” – to which Daria replies, “That’s not the point.” In this scenario, I am Daria, and the soda company is the further flattening of queer narratives to make them acceptable for mainstream consumption. Do I still watch movies like Happiest Season, a perfectly fine, if sexless, lesbian Christmas story, even while I demand more autonomy for our queer directors, actors, and writers? Yes, but that’s not the point. Though I imagine many publications will praise Happiest Season as “a great step for lesbian representation in a Hulu and/or Sony and/or Christmas movie,” I want to remind people that we shouldn’t have to settle for this. Yes, it would have been nice for this to get a theatrical release, but the pandemic kneecapped that. I have nothing but respect for director Clea Duvall, and I’m sure she still had to go through a ridiculous amount of hoops to get Sony to let her leads kiss on screen, but Happiest Season isn’t enough.

Granted, my dissatisfaction may have come from recently reading Sarah Schulman’s essential text Ties That Bind: Familial Homophobia and its Consequences, but I digress. Happiest Season is the story of a lesbian couple, played by Kristen Stewart and Mackenzie Davis. Abby (Stewart) is excited to meet Harper’s (Davis) family for the very first time, until Harper shares some important information when they’re almost at the house: the family doesn’t know she’s a lesbian, and Abby is going to have to pretend to only be her friend. I would have gotten out and called a cab, but there’s no film in that. Abby reluctantly agrees, and we are introduced to Harper’s very WASPy family.

Harper’s father Ted (Victor Garber) is running for mayor, while his wife, Tipper (Mary Steenburgen), is obsessed with capturing “perfect” family moments on her new Instagram page. Her sisters Sloane (Alison Brie) and Jane (Mary Holland) work hard to project this image of perfectness as well, so they are clearly falling short. After some antics, it’s clear Harper is letting her perception of what her family wants get in the way of recognizing Abby’s feelings, and I wasn’t sure if we were meant to root for this couple or want Abby to get with Riley (Aubrey Plaza), the only person in town who clocks Abby instantly. It’s standard sitcom wackiness with a lesbian twist of lime, which unfortunately can tinge some gags with the baggage of systemic homophobia.

What I want is very different from what this film wants. Christmas movies have constantly failed to get above a B ranking; the trappings of the genre just don’t work for me. Mackenzie Davis’ character is almost psychotic, but WASPs are like that, so I guess it’s accurate? Dan Levy essentially reprises his Schitt’s Creek character here for comic relief, and not much else. There should obviously be more LGBTQ holiday films, but it’s not my number one priority. If more are in the pipeline, I do hope they can build on the perfectly acceptable Happiest Season and try to transcend another coming out story.

Right now Boston’s most beloved theaters need your help to survive. If you have the means, the Hassle strongly recommends making a donation, purchasing a gift card, or becoming a member at the Brattle Theatre, Coolidge Corner Theatre, and/or the Somerville Theatre. Keep film alive, y’all.
Liked it? Take a second to support BOSTON HASSLE on Patreon!