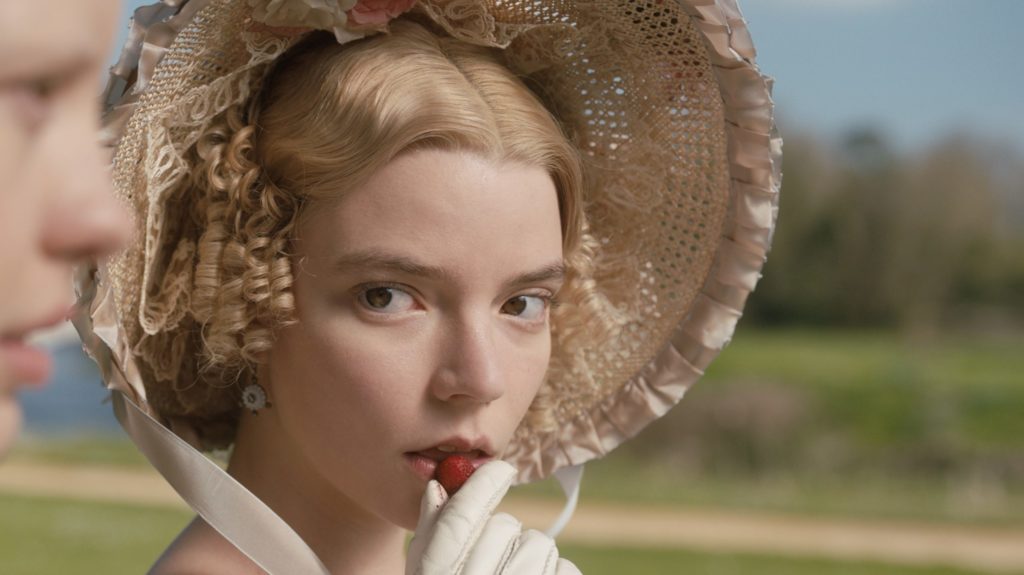 I don’t know if there’s quite any other novelist whose work is as well-suited for the screen as Jane Austen’s. Her writing, flowery and wordy, has an inherent rhythm to it, a melodic quality not unlike the pacing of a movie. Through this rhythm, Austen novels become thrilling, just as much as they are about the seemingly everyday. Hat shopping, a slip of the tongue, or even a walk around the room becomes something else entirely, an adventure within the confines of English manors and even more stifling Georgian manners.

Many Austen adaptations tend to eschew the author’s inherent and seemingly effortless lightness, mostly to their detriment at times. Perhaps this storytelling decision is made under the misunderstanding that lightness automatically means easy or without depth. This isn’t to say that all of those adaptations are less worthy, of course, more to say that realism and somberness can be much easier to succeed in when compared to deft lightness and calculated frivolity. It is the rare Austen adaptation that stands out by leaning into Austen’s sense and sensibilities.

With Emma.—period included—Autumn de Wilde has captured the music of Austen’s writing in a way not quite seen on screen before. Similarly, not since Amy Heckerling’s Clueless has there been an Austen adaptation quite so fun and fulfilling, quite so delicately loving of Austen’s characters and storytelling.

Emma. follows Emma Woodhouse, a wealthy 21-year-old whose assumed knowledge of the world and of human affairs might not be as astute as she believes. After Emma’s successful matchmaking of her governess, she befriends the lower-birth Harriet Smith in an attempt to continue matchmaking as well as organizing the lives of others according to her own machinations. In spite of Emma’s careful planning, and at times unintentionally because of it, Emma’s story turns from manicured perfection into comedy of manners, in which her meticulous meddling, leaving no room for unpredictable human feeling and action, falls apart around her. With plenty of misunderstandings and partner swapping, the love story moves gaily along to a wedding, though not quite the one that Emma might have predicted.

de Wilde and cinematographer Christopher Blauvelt, rather brilliantly, paint this story in candy-coated color and intentional, balanced framing and blocking. The director’s well-known background in photography is made especially clear throughout the movie, proving exceptional in the dichotomy between static shots and filmic motion. Rollicking music and action fluidly give way to brief moments of silence and stillness, which are then cut all too short—for character and audience alike. These competing scenes of gay movement and quiet contemplation imbue a melodic tension throughout the movie, which works wonderfully in service of the thematic intentions already found within Emma., and perhaps in all of Austen’s works. The novelist and director alike are keenly interested in exploring the ways in which human emotion expresses itself within rigid social structures, how humans find emotional freedom within confining society, and further, how rigid social structures often prove futile in the face of human connection.

The quiet moments of the movie perhaps best highlight both author and director intention. de Wilde grants us brief scenes of characters’ pent-up emotion finally coming out during moments of solitude, in which tears, joy, and sighs alike are expelled and tossed around, as if they were a tightly buttoned vest or a laced-up shoe. Amidst all of the talking, talking, talking of Austen characters, it is the quiet that punctuates, and through de Wilde’s direction, elicit genuine feeling and reaction. Likewise, when intense emotion and love finally overtake Emma and her suitor, the scene is played as ridiculous, with both coming off as crazed, as utterly, unflinchingly human. The very rigid rules of language and social mores prove profoundly useless, even antithetical, to the depthless well of human emotion and expression.

Perhaps most importantly, de Wilde and screenwriter Eleanor Catton understand that Austen’s stories are predicated not on what is being said but on what is being hinted at, circled around. Austen’s characters speak in codes and according to predetermined rules. The drama and comedy of these stories unfolds when someone speaks out of turn or misinterprets another’s speech. I think the success of de Wilde and Catton’s storytelling was best highlighted when the entire theater gasped at a particularly brutal and careless barb uttered by Emma, our collective reaction sounding as if she had shot somebody. And it is meant to be a climax of sorts, for both character and story, and the film is built so smartly that it is felt as such. 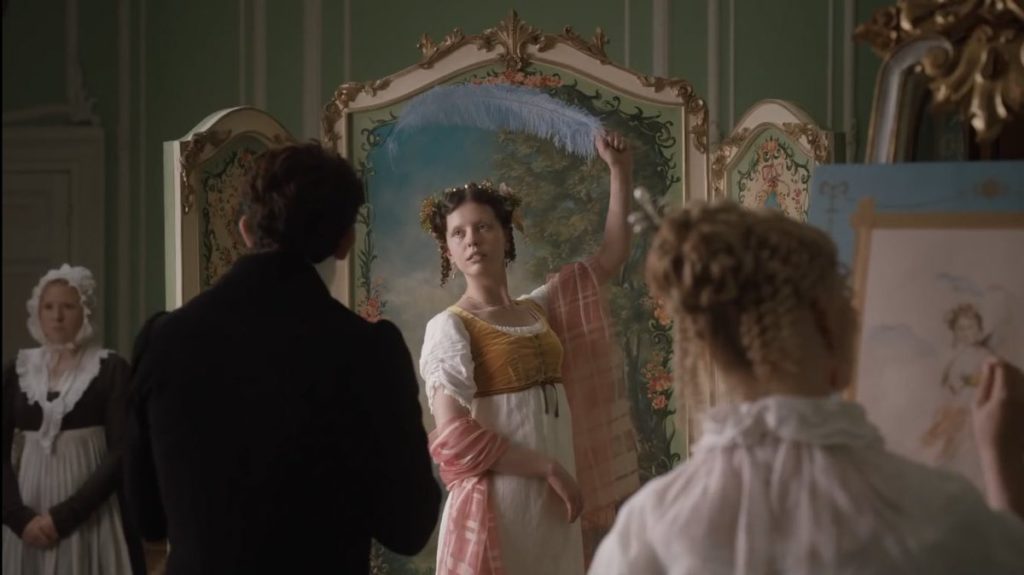 The performances support and enhance de Wilde and Catton’s storytelling just as well. Led fabulously by Anya Taylor-Joy in the title role, the entire cast is exceptional (and exceptionally directed), playing both emotional and comedic scenes perfectly, and similarly navigating the sometimes difficult transition between the two. Johnny Flynn is a remarkably charming Mr. Knightly, giving even Paul Rudd (Josh in Clueless) a run for his money. Bill Nighy, as Emma’s father, from his first hop into frame to his fifth time asking someone if they feel a chill is, of course, a quiet wonder, somehow riotously funny, subtly heartbroken, and stuffily suffering all at once. Of exceptional mention are Mia Goth (Harriet Smith) and Tanya Reynolds (Mrs. Elton), both who generously give scenes of hilarity through smart physical performances. A short-stepped run or a proud, upturned chin would have myself and the audience laughing. Goth especially, reminiscent of Brittany Murphy’s Clueless performance, imbues a profound sense of pathos to the character. Goth’s wide and easy smile, loose movements, and more-obvious expressiveness are the perfect foil to Taylor-Joy’s calculated, precise Emma.

I do realize now how much I’ve mentioned Clueless in this writing. But frankly, it’s quite difficult to discuss Emma. without mentioning other Austen adaptations, especially Clueless, which is based on the same source material. Clueless is, almost certainly, the greatest Austen adaptation ever produced, and it’s influence is quite plainly felt, even in de Wilde’s period piece. Yet, although the story is familiar and well-trod, de Wilde brings something fun and funny to the story, proving that her telling of this story is entirely worthwhile. Through and through, Autumn de Wilde’s Emma. is a wholly accomplished and superior debut film and, in the truest sense of the word, an incredible adaptation. Neither tepid towards or afraid of it’s source material, it is entirely a romantic comedy. The genre that Austen pioneered centuries ago, now beautifully translated in pastel and light. It is not condescendingly “modernized” but instead revealing of the deeply incisive and universal humanity that Austen wrote about centuries ago. Like Austen, de Wilde’s unique vision and deep generosity towards the human spirit in Emma. leave me only wanting more from her.