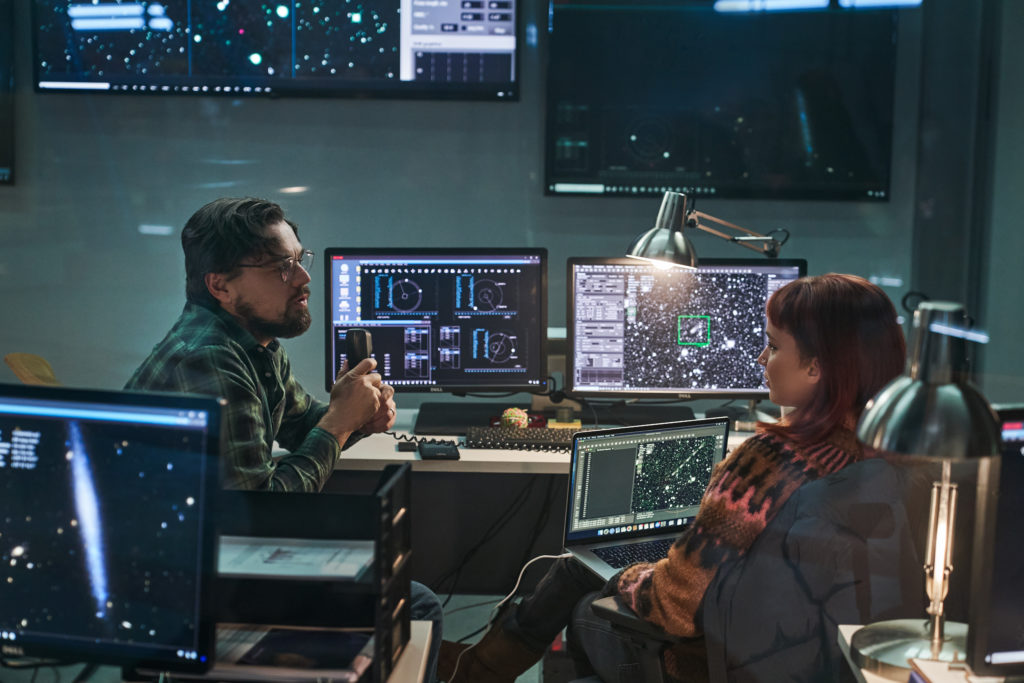 When 12 soccer players from Thailand were trapped in a cave in July of 2018, billionaire Elon Musk live-tweeted his company’s efforts to build two escape devices: a slide and a submarine-like pod. The soccer players were rescued without the help of the South African billionaire, and he appeared to take that personally when he tweeted that the actual rescuer was a “pedo.” Musk’s involvement in the entire scenario, making his stream of consciousness apparent through Twitter, reeked of a bourgeois savior complex that ended in embarrassment. Don’t Look Up, director Adam McKay’s newest film, looks at the Musk-Thailand instance and wonders “what if I gave this scenario $75,000,000 to play out?”

And that was a bad idea.

Michigan State graduate student Kate Dibiasky (Jennifer Lawrence) discovers a six to nine kilometer wide comet that will inevitably come to share her surname. The excitement of Dibiasky and astronomy professor Randall Mindy (Leonardo DiCaprio) quickly dissipates when the math shows it’s heading straight for Earth, giving them just over six months before an extinction-level event. American President Janie Orlean (Meryl Streep) and Chief of Staff Jason Orlean (Jonah Hill) are unbothered with the pending doom and silence the two astronomers. Once it becomes politically advantageous to act, the administration brings the two scientists back and devise a plan to redirect Comet Dibiasky with nuclear bombs. (Apparently, in McKay’s imagination, the entire world just waited for the United States to solve the crisis before Russia, India, and China devised a last-minute backup plan that backfired.) An uber-rich campaign donor, tech billionaire Peter Isherwell (Mark Rylance) convinces the president to sideline the diversion mission so they can wait for the comet to approach, break it into smaller pieces, and bring it down to earth “safely” for the extraction of its rare minerals.

McKay, best known for his comedies like Anchorman, Step Brothers, and Talladega Nights, recently transitioned to more serious political dramas with The Big Short and Vice. His newest Netflix original better marries his two paths, moving from a fumbling satire to a humanist drama. The film suffers in that the human moments aren’t nearly human enough.

When it becomes clear that Isherwell’s plan might not guarantee the survival of the human species, the film’s key players resolve to have a last, last supper. Sitting around the dinner table alternating sharing memories like a Thanksgiving meal, Dibiasky and her new boyfriend, Mindy and his family, and the head of the Planetary Defense Coordination Office Teddy Oglethrope, without the television on, reminisce on life and their efforts to save the planet. The scene doesn’t use enough close-ups to get by on the form alone, and the stories they share are too short and unspecific (and new to us) to rise to the dramatic occasion. The scene itself could have been extended beyond the three or so minutes in the final cut and the actors are too stoic for a moment that could be their last. Nobody cries—or if someone does, the filmmaking was too insignificant for me to clearly recall their tears. It’s easy to imagine the power such a scene could have in the hands of a more patient director, like Steven Spielberg or Alfonso Cuarón. For a possible final supper, it’s just not human enough.

If you must, it’s available on Netflix!