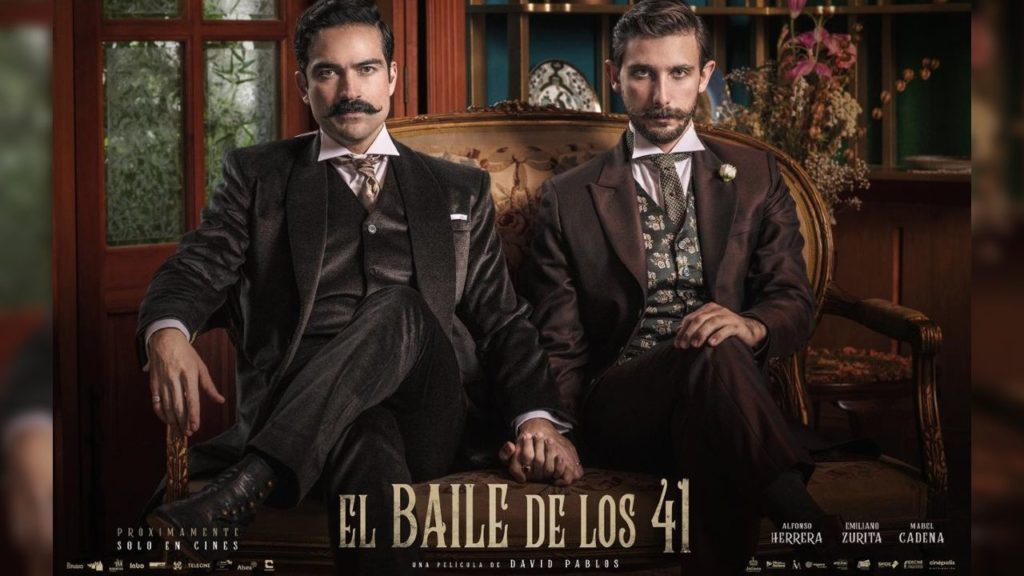 David Pablos’ Dance of the 41 is a lengthy, beautiful disaster; you know it’s going downhill almost immediately, but you can’t look away because the journey to get there is exquisite. The film (in Spanish, with subtitles) is well-paced and has some incredible acting. The climax is based on a real scandal in 1901 Mexico, and the film allows the Dance of the title its due.

Ignacio de la Torre (Alfonso Herrera), a Mexican politician, has just been married to the illegitimate daughter of the Mexican president, Amada Diaz (Mabel Cadena), but is also part of a group of gay men who regularly get together to drink, play billiards, and have sex. Amada slowly sinks into despair as their marriage, never strong even at the start, falls into disrepair. His burgeoning relationship with a new government employee, Evaristo Rivas (Emiliano Zurita), also goes through ups and downs due to the taboo nature of being in a gay relationship in 1901 Mexico. The club decides to host a dance where half of them dress as women. Unfortunately, tempers have risen, the president (Amada’s father) is suspicious, and things don’t go as planned.

Cadena is a standout actress in this drama, shining as the strong-willed Amada Diaz. As Ignacio’s behavior begins to affect their marriage, she vacillates between despair and a cold, uncaring façade. She does care, however, far too much. One scene shows just how much her father has taught her, and it works to show her anger and despair as she shouts at her husband to leave her alone – all while shooting at him from a tree. Herrera, meanwhile, starts off playing a very typical role in a historical drama: that of the just-married politician. All too easily, though, Ignacio reveals himself to be the type of man who wants to have his cake and eat it too; he wants to publicly maintain his marriage while privately having his relationship with Evaristo. His tragedy is that he gets away with one thing, but loses another in the process. Herrera pulls this off masterfully.

Dance of the 41 is beautifully shot, and has some impressive costuming as well, particularly the dresses for the titular Dance. The film sheds a light on this strange incident in Mexican history, showing how gay relationships were perceived by the Mexican public and the media at the time. Pablos’ film is a beautiful look at a tragic event. It is, however, one that shouldn’t be forgotten.