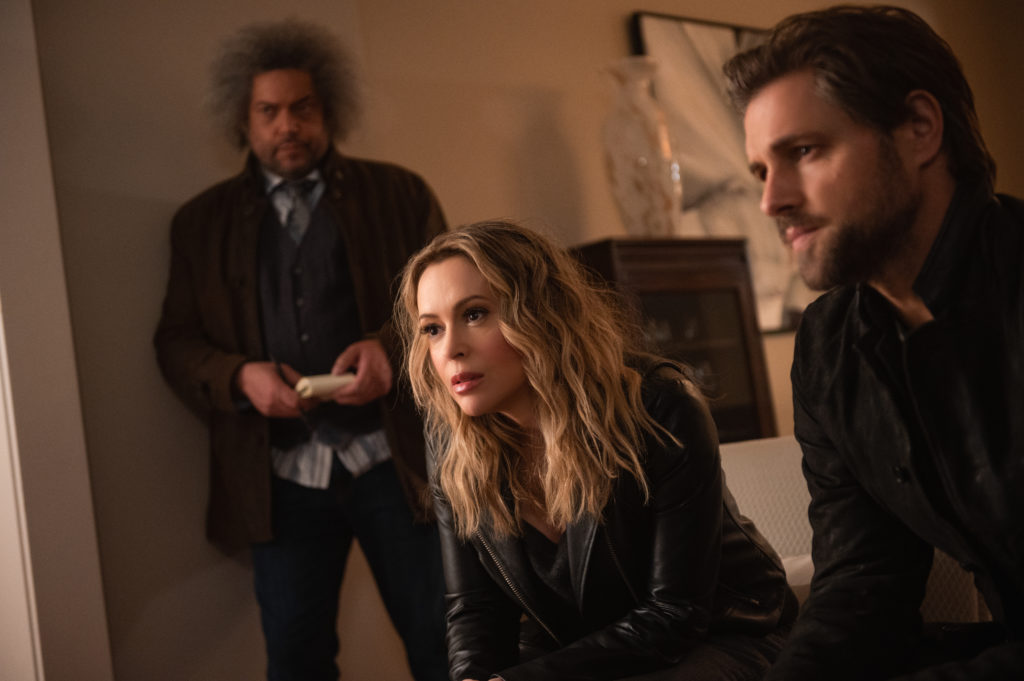 Brazen, unfortunately, feels like a movie-length version of a network detective show. That is to say, its mix of romance and murder mystery is perfectly serviceable, but nothing spectacular.

Bestselling author Grace Miller (Alyssa Milano) is abruptly called back to the house she grew up in when her sister Kathleen (Emilie Ullerup) asks for help. She has kicked a pill addiction and is now teaching English at the local high school. Kath also plans to fight for custody of her young son from her rich and well-connected lawyer ex-husband (David Lewis). Also, in the interest of keeping it a secret, she doesn’t tell Grace about her side job of working as a dominatrix online for Fantasy, Inc. Grace promises to stay and help out as much as she can.

Overall, Brazen is a perfectly fine piece of filmmaking. It’s not here to revolutionize the sex work industry, or even say anything particularly meaningful about either it or true crime writers. Mostly, Brazen exists as a film to watch with your girlfriends on a Friday night. However, be sure to keep the windows locked.