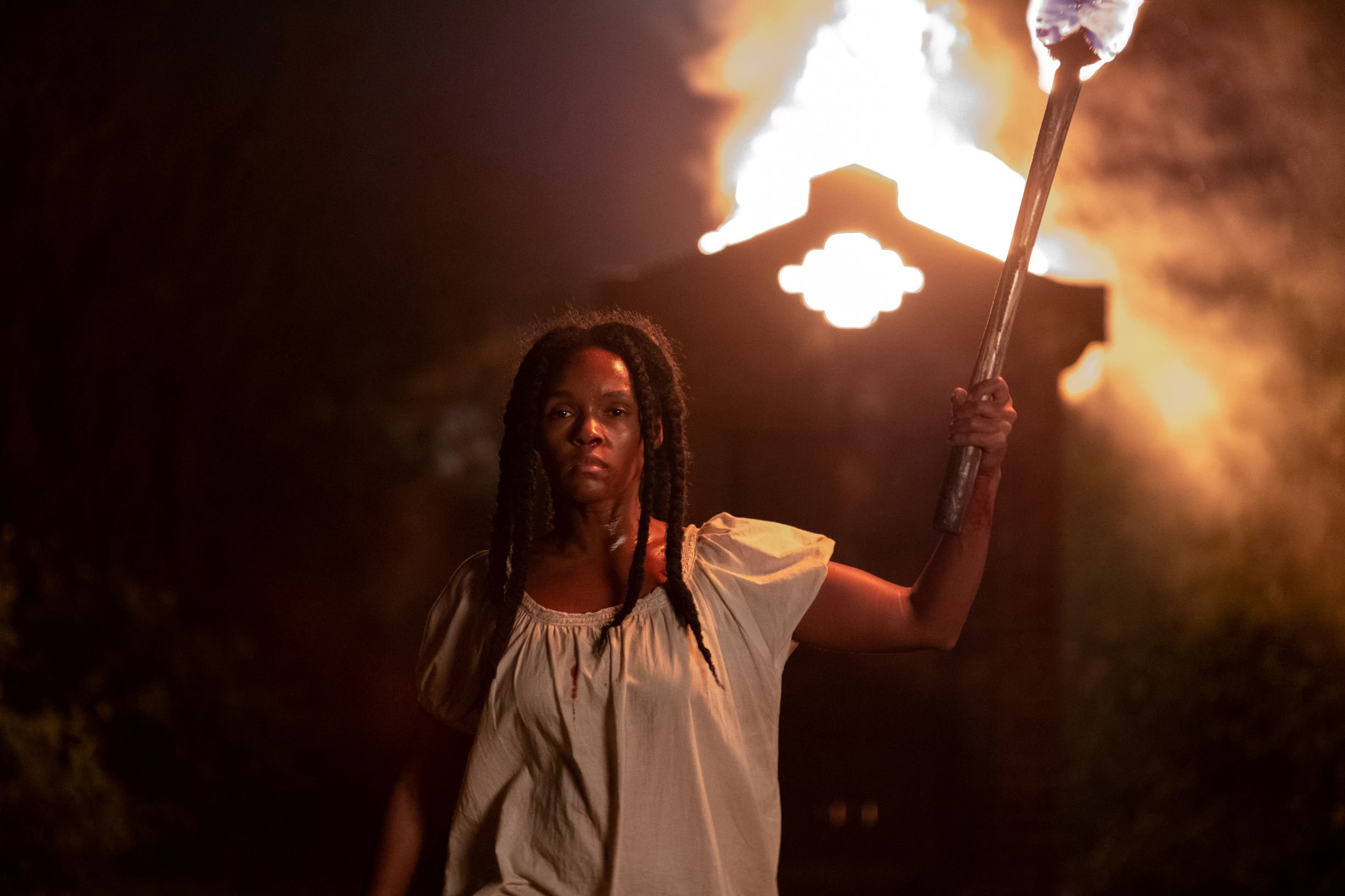 One of the problems with the recent spate of critically beloved, culturally enshrined horror films is the extent to which our expectations for the genre have been raised. This, of course, is generally the sort of problem you want to have– when artists in any medium feel pressured to raise the stakes, the benefit goes to the audience. But it can also lead to some level of overthinking. Thanks to the work of such brilliant, newly minted horror auteurs as Jordan Peele, Ari Aster, and Robert Eggers, filmmakers may start to feel pressured to imbue their films with artistic weight and Visible Greatness, even when working from a story best served by a more straightforward approach. Such is the case with Antebellum, a bracing, well-acted, and couldn’t-be-more-timely thriller hamstrung, to some extent, by a structure too fussy for its own good.

At its outset, Antebellum centers on Eden (Janelle Monáe), a young woman enslaved on a Confederate plantation somewhere in the deep south. Conditions are, of course, horrific: within the first twenty minutes, we see Black men and women tortured, humiliated, and murdered by the white landowners, including Confederate soldier Captain Jasper (Jack Huston), sinister southern belle Elizabeth (Jena Malone), and the plantation head (Eric Lange) who keeps Eden on hand as his personal servant (and worse). Yet the more time we spend here, we begin to notice little details that seem noticeably off; some characters’ speech patterns seem just a little too modern, for one thing, and workers can be heard whistling “Lift Every Voice and Sing,” the “Black national anthem” which was penned in 1905. These discrepancies are explained– perhaps– when Eden goes to sleep… and wakes up in a modern bedroom to the buzzing of a cell phone. Here, Monáe plays Dr. Veronica Henley, a best-selling author, activist, and speaker. Shaking off her nightmares, she says goodbye to her loving husband and adorable daughter and prepares to fly off to a conference. Before she leaves, however, she takes an unexpected Skype call about a potential business deal… from a woman named Elizabeth, played by Jena Malone. 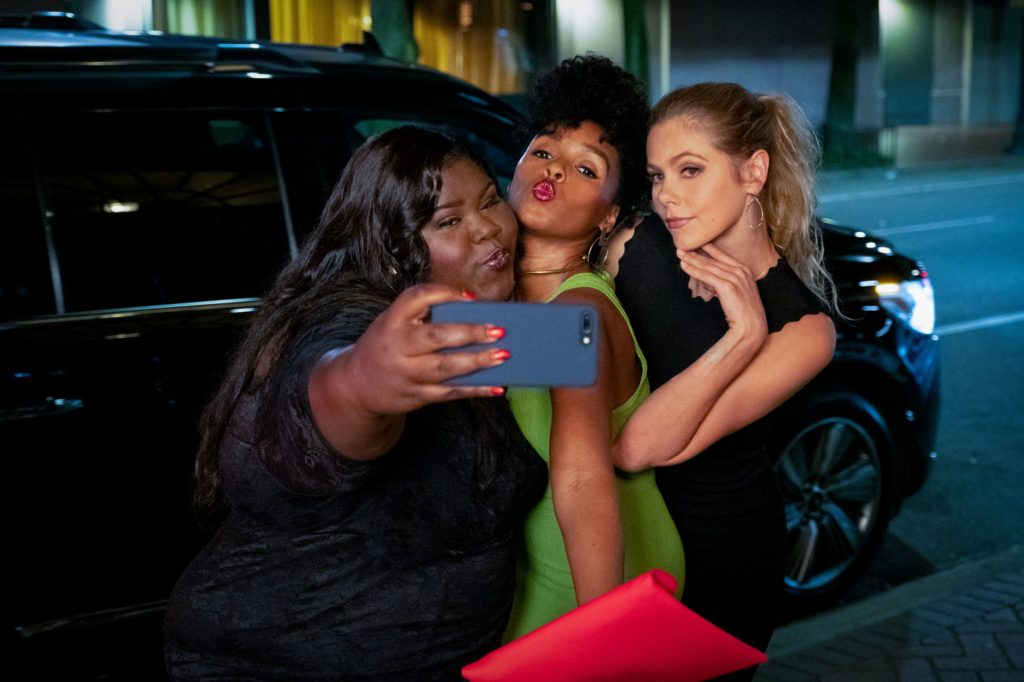 There’s a lot to like about Antebellum, but its big gambit– the “cold open” on the plantation, which spans the entire first act– simply does not work. Directors Gerard Bush and Christopher Renz (collectively known professionally as Bush + Renz) clearly want to catch their audience off-balance, with Veronica’s introduction framed as a major twist. Yet, while the promotional materials don’t spoil the entire “what” of what’s happening (and neither will I), anyone who’s seen a trailer for the film already knows the general gist of the time-hopping conceit, and what should be a quick reveal to grab the audience’s attention is instead drawn out to a puzzling degree. Likewise, the knowledge that one is watching a horror movie cheapens somewhat the atrocities on display, making them feel less like 12 Years a Slave and more like such queasy exploitation films as Goodbye Uncle Tom or Mandingo. Had Bush and Renz chosen a more straightforward approach to their narrative– perhaps by alternating scenes between the two time periods, rather than giving them to us in larger chunks– the results would have been more palatable. While the directors should be commended for swinging for the fences, this particular move can only be considered a miss.

Which is a shame, because the exploitation film hiding within Antebellum’s pseudo-intellectual trappings is actually a pretty solid one. Monáe, of course, is one of the most supernaturally talented and charismatic humans (or androids) on the planet, and she brings every bit of the energy and gravitas to her dual roles here as she does to her characters in such prestige pictures as Hidden Figures and Harriet. The supporting cast is uniformly excellent; Gabourey Sidibe turns in a characteristically scene-stealing performance as Veronica’s best friend, a fellow author and relationship guru, and Malone, while perhaps over the top, is clearly having a blast as she continues to push her career into full-bore character-actressdom. And once the narrative fog clears, the film converts into a gripping little thriller, with equal parts cheerworthy triumphs and yell-at-the-screen horror movie moments (never, under any circumstances, should ANYBODY get into an Uber in which the driver is listening to “Warm Leatherette” by the Normal). When it works, it works. 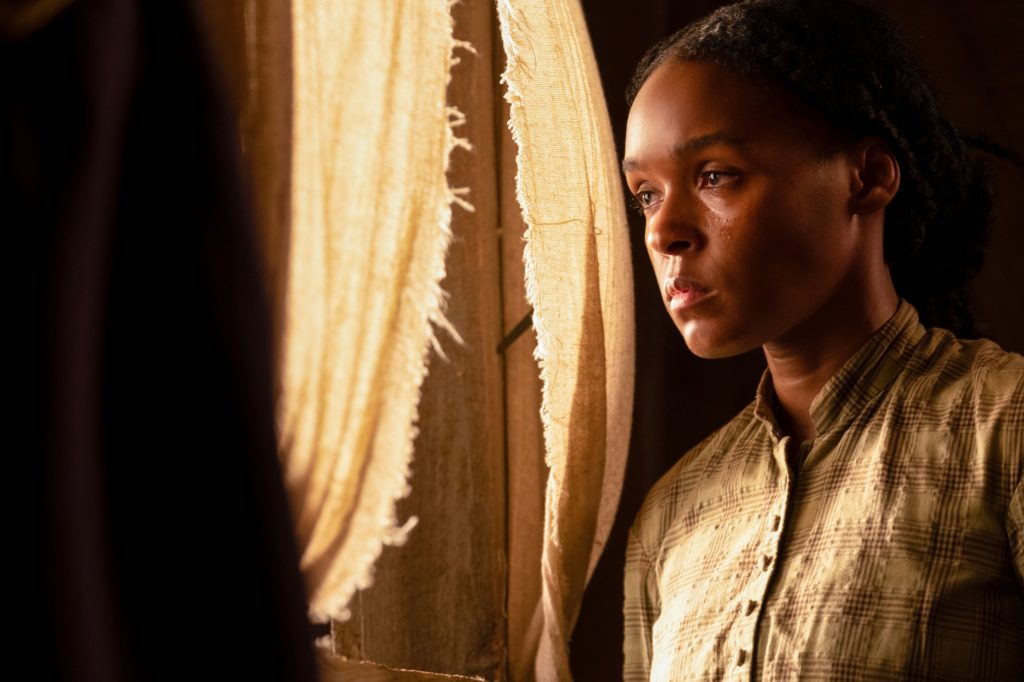 Then, of course, there’s the film’s social commentary. Antebellum was originally scheduled to come out in April, and, to put it mildly, the issues it touches on have only gotten more timely in the time since. Unlike Damon Lindelof’s maddeningly wishy-washy The Hunt, Antebellum is a satirical horror film which actually has something to say about its insane times. The rage felt by its directors is palpable (for what it’s worth, Bush is Black, Renz is white), and while some of the violence on display is undeniably queasy-making, but it boils over into a final act every bit as cathartic as that of Django Unchained, and probably more earned. Antebellum’s commentary is not subtle– its torch-bearing Confederates obviously bring to mind the tiki-goons of Charlottesville– but it makes up for it in sheer fury.

Ultimately, Antebellum is a maddening case. With its brutal, righteously angry take on race relations, it could have been a quintessential Movie of Our Times; while it lacks the artistry and nuance of the films of Jordan Peele, it would sit handily alongside such nasty little social thrillers as The Invisible Man and the Purge sequels. But its central puzzlebox mystery is so ill-conceived and hamfistedly delivered that it very nearly derails the entire thing, and even fundamentally undercuts most of its own “aha” revelations. Antebellum is worth seeing for its harrowing, timely thrills, and for  Monáe (who one can only imagine will not remain within the price range of most horror filmmakers for much longer). But in their effort to “elevate” their film, Bush and Renz sabotaged themselves, turning what could have been great trash into subpar art. Sometimes it’s best to keep one foot in the gutter.