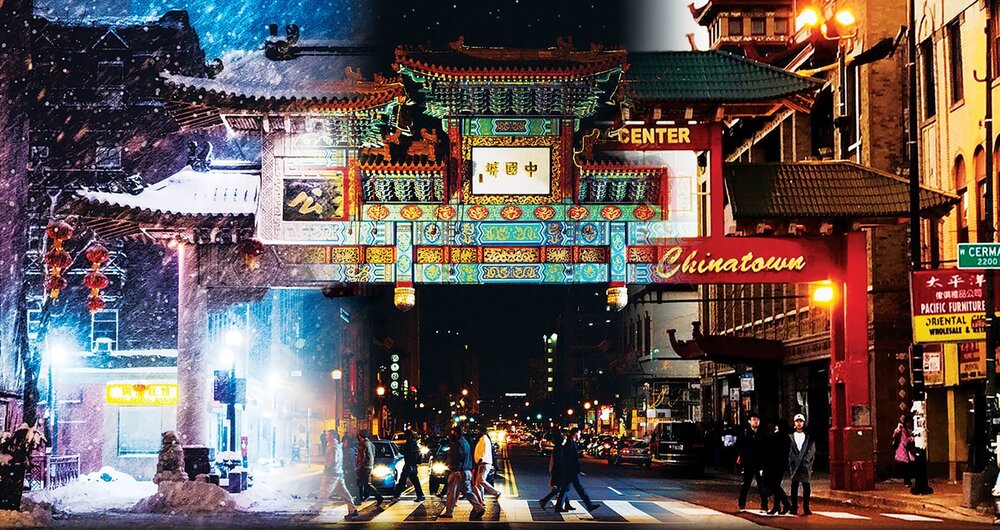 In the last scenic exhale of Frederick Wiseman’s mammoth City Hall, (former) Mayor Walsh — along with his  city official crew and a crowd — watches a lion dance in the plaza between Harrison and Chauncey. The visible breaths, North Faces, and pink-tinged noses indicate that this is the time of year where we can expect the intersecting streets off Kirkland to be closed and red envelopes to be passed over family-style tables: Lunar New Year. Chinatown’s integration into Boston culture is not unique to the metropolitan sprawl, but its expected arrival feels as settled and in-place as Allston Christmas or the Southie St. Patrick’s parade.

As documented in Lisa Mao’s A Tale of Three Chinatowns, other major cities have their own Chinese cultural hubs that were founded on historical context and adapted through exclusionary policy and inner community needs. Even if you aren’t a resident or business owner in Chinatown, it’s difficult not to feel protective when those spaces are being threatened. Yet, in the rapid expansion of luxury living, there is a national worry. Mao peers into the history of Chinatowns within Boston, D.C., and Chicago, and reveals the different stages of modern-day menaces that these spaces face: gentrification, the uprooting of long-term residents, and the eradication of culture. In what appears to be “reverse white flight,” the increase in city residence interest causes a shift in neighborhoods, geographically and demographically.

The information I’m telling you is not surprising, especially for a city like Boston. But there’s another question, which is posed by UMass Boston Professor Andrew Leung: Who is Chinatown for? The answer is not so obvious. Through racial segregation, Chinatowns rose out of the strength in numbers. Residents were herded into a community because of adversities afflicted by white oppression.  Now, as property values skyrocket, it seems that the Chinatown community members could only fend for preservation for so long. But how do we know Chinatown as Chinatown? Is it the recognition of Chinese-American presence in this country, and is that satisfied by having a Chinese-character translation under a Legal Sea Foods sign?

Notably, while the population of D.C. Chinatown has shrunk over the years, Chicago’s Chinatown has expanded. Boston is in between, but when does it reach the point of no return? Did it already happen when New Saigon Sandwiches closed, or will it happen if Hei La Moon closes its doors? Is it still Chinatown if Chinese-American residents are forced to move out? Or, beyond all of these questions that might be unanswerable now, could there be another way of looking at Chinatown? A Tale of Three Chinatowns awakens the sort of vigilance that we’ll need before it’s too late to ask these questions again.

A Tale of Three Chinatowns will be screened virtually via the Roxbury International Film Festival (co-presented with ArtsEmerson’s Shared Stories series) in conjunction with James Rutenbeck’s A Reckoning in Boston on Wednesday, June 23 @8PM, followed by a post-film conversation with the filmmakers. It will also be available to stream from June 23 to June 27!