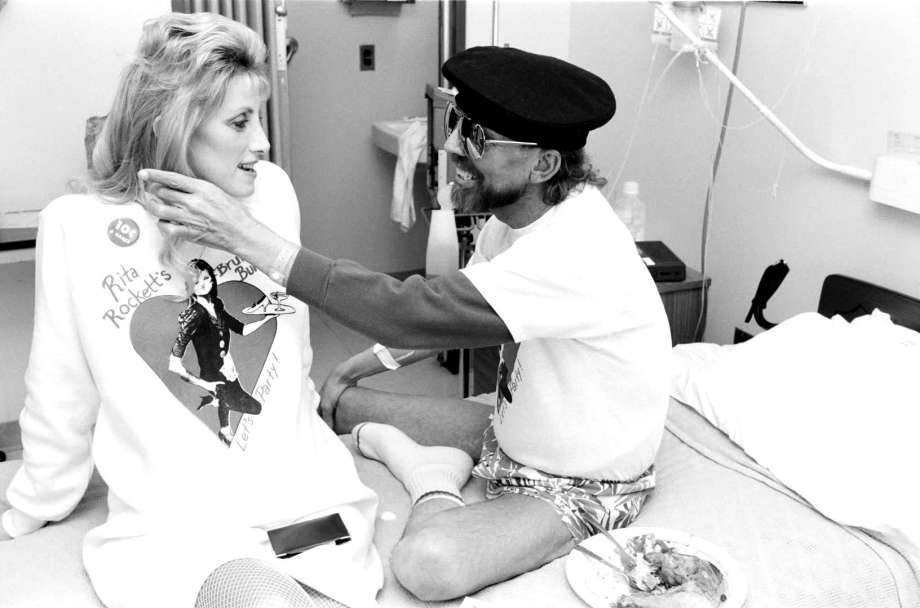 In the midst of a plague, a ward in San Francisco General went from curing to caring; forsaking to claiming; administering treatment to plain loving patients.

Imagine: you are in your youth, beautiful, handsome, or both. Finally living your best life in a vibrant city. You awaken one morning, expecting to call friends, perhaps planning to go out for drinks that night. You are battling a cough: one which has come and gone for several weeks, so you decide to go the doctor. Instead of simply grabbing a tongue depressor and flashlight, or a stethoscope, the doctor spends 10 minutes putting on a full body suit and breathing apparatus. Only after suiting up do they touch you. Checking your throat, they diagnose a common cold.

Now, imagine the same set up, but the doctor does a blood test. You return weeks later to get the results, and they say you have a virus, one which you have heard about on the news and believe will quickly lead to terminal illness. The doctor confirms your suspicion, telling you it is as mysterious as it is lethal.

Imagine you live for a year with this disease: you are in pain much of the time, but you are surviving. Almost every person who you see day to day is a member of the hospital staff, with the occasional visit from a friend or two. Out of fear of contracting the illness, no one touches your skin with their bare hands. You do not feel the contact of another person’s skin on yours throughout this time; you forget the warmth of another person; the compassion which can be communicated through physical contact; the tenderness of human touch.

This, in different words, was the reality of many people in the 1980s and ’90s who suffered from, struggled with, and passed away while waiting for a cure for the acquired immune deficiency syndrome, commonly known as AIDS.

5B is a documentary film about the experiences of the nurses, doctors, volunteers, and patients who comprised a ward in San Francisco General Hospital that cared for people suffering from HIV and AIDS. Nowadays, the creation of a ward for AIDS patients may not seem controversial, but at the time it certainly was.

HIV, the virus, and AIDS, the disease caused by HIV, disproportionately affected the gay male community when it began to spread, and because of this it earned numerous nicknames like the “gay cancer” or the “gay plague.” This was years after the Stonewall riots of 1969. Homosexuality was flourishing in certain pockets of cities around the United States, and some people did not agree with the “homosexual lifestyle.”

So, when AIDS began to spread and both openly gay and closeted men were dying in a matter of months, the disease came to be seen as a legitimate reason for excluding, marooning, or in some cases attacking men who had sex with men, and later on intravenous drug users.

This moment in time, and the fear of homosexuality in the country, is summed up perfectly by Rita Rockett, one of the film’s interview subjects: “A lot of families had to wrap their heads around being gay and having AIDS all at the same time, and America was not ready for that.” 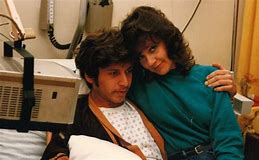 While much of the country did not accept gays in the first place, even more people would not embrace them when they were dying of a contagious disease. Instead of focusing on the disease, many people pathologized all gay people, and even those who associated with the community.

This made the work of the staff in Ward 5B incredibly subversive for the time, as they touched the patients with bare hands, had Sunday brunches with them, and didn’t wait to put on 3 pairs of gloves or a face mask and bodysuit to sit in a room and talk to them about their lives.

They were not avoiding these patients. Instead, they were tending to them as they would their own loved ones. And, in the case of one nurse, a patient in the ward was his loved one.

This film tells the story not just of AIDS or of the staff working at the hospital. It tells the story of people seeing other people dying, and instead of choosing to run away, sitting with those individuals to see they were taken care of. The staff of Ward 5B chose to stare into the face of death with those patients, and not only cry and recall their healthier days, but also to laugh and find joy in their last moments on Earth.

The nurses, doctors, and volunteers who created and sustained Ward 5B at San Francisco General were regular people. They had families, some who supported their decision to work in close proximity to infected individuals, and some who surely did not. The staff of 5B were afraid, just like the rest of the country, of this swift and mysterious plague. The one thing that set this group of people apart from the rest of San Francisco General, and much of the U.S., was that they would not allow their fear to deter them from their mission.

These professionals were charged, by definition of their practice, to care for the sick the best that they could, and they accomplished this wholly and wholeheartedly. They accepted their fears, acknowledged the doom of the situation, and took on the terrifying task of doing what was right: practicing love and compassion.

While we have come to a place in the United States where AIDS is not regarded as the dirty word it once was, now we must look at words like compassion and acceptance. If we can learn from this story of people accepting their fear of an illness in order to do what is right, we may be able to tap into the same compassion and acceptance the hospital staff did, and foster a similar practice of caring for those who may be different from us.

Watch this space in the coming days for our interview with two subjects of 5B, journalist Hank Plante and nurse and activist Alison Moed!