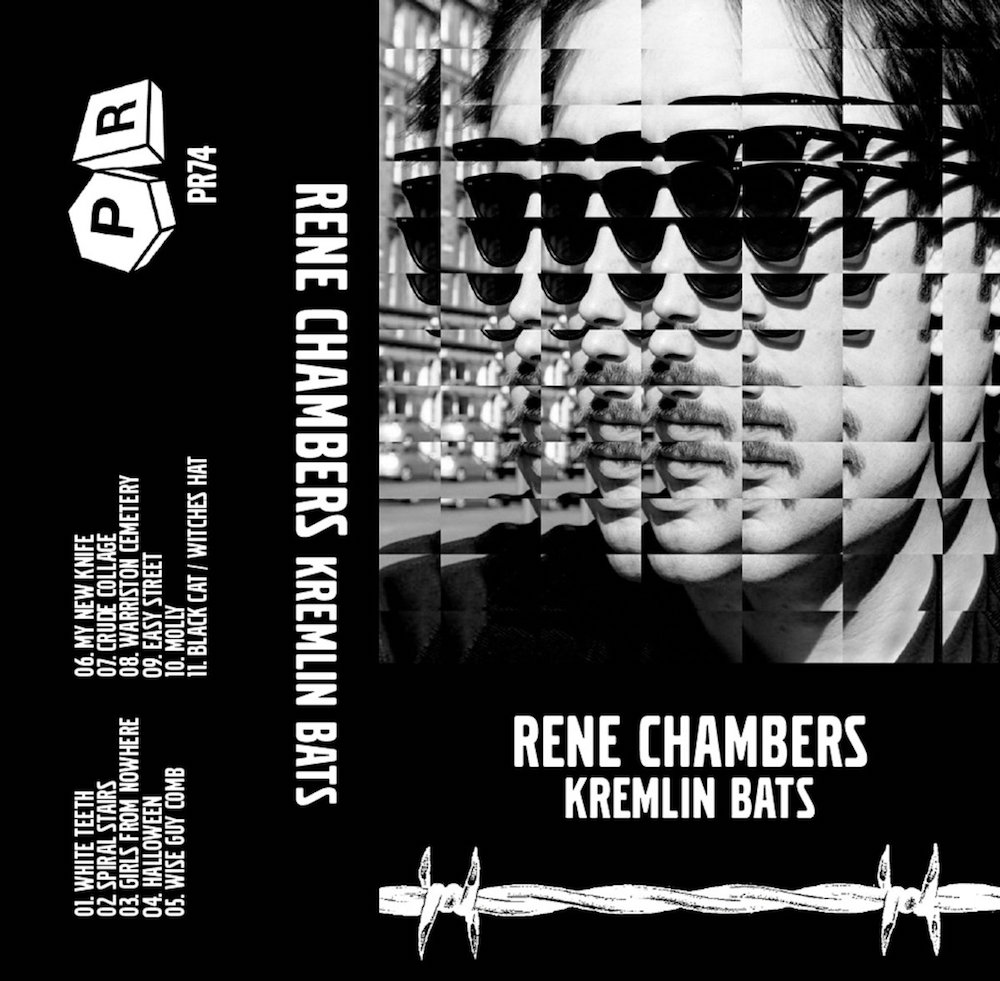 Much like the name Rene Chambers—a combination of Rene Rancourt and Herb Chambers (note: can you get any more Boston??)—the band’s debut Kremlin Bats is a bit of a Frankenstein creation itself. Released on Plastic Response Records, the album fuses eras with genres, places and people—it’s layered, but not too complicated to just enjoy.

Kremlin Bats gets off to a strong start with a string of hits, each with their own enduring element. “White Teeth” draws on a sound that you’d find familiar if you’ve listened to Jim Leonard’s (the musical mind behind Rene Chambers’) previous solo releases. Echoing layers with whining guitar riffs, a haunting energy (see: “Amsterdam”) and mesmerizing synths (see: “Snoopy”) under stark declarations of lyrics (see: “Kathy Cross”) make up Leonard’s musical signature.

“Girls From Nowhere” takes a turn towards a different vibe completely, though. With the innocence of a ‘60s boyband (as expressed through the track’s poppy, positive bassline), “Girls From Nowhere” drips with a sort of youthful energy, but is slowed down as if underwater—that is, if the aquatic environment featured dreamy ‘80s synths worthy of an intro to a John Hughes flick. It’s not quite nostalgic, because there’s no longing to go back in time; Rene Chambers has just always been there.

Rene Chambers clearly has a knack for merging eras (How could “Girls From Nowhere” sound like it’s from the ‘60s AND the ‘80s?, you may ask.) But the band doesn’t simply take dates and sounds and force them into a disorganized mess of a mash-up. Instead, Rene Chambers takes these notions and introduces something a little extra to join them harmoniously—like cement between bricks, if you will. Sometimes it’s a timeless riff, and other times it’s sonic geographical idiosyncrasies; Kremlin Bats was recorded in both Edinburgh, Scotland and Somerville, MA, combining the Boston grit we know and love so well with a more complex and eloquent edge that you might find in British new wave.

Successive song “Halloween” takes a heavier angle with guitars being the center pivoting point, while “Wise Guy Comb” is a resurrection and re-recording of Leonard’s 2016 release, Poor Taste. “My New Knife” acts as a stark turning point for Kremlin Bats. From that song onwards, the tracks slow down and venture into a more experimental landscape.

In that way, Kremlin Bats is front-loaded—the earlier, more memorable tracks strike instantly. The latter half, while containing the same amount of musical merit, drifts farther from notable choruses to sonically interesting riffs layered atop dreamy musical undertones (with the exception of later track “Molly,” which is rather upbeat.)

As if pulling you out of a soundscape, “Black Cat / Witches Hat” wraps up the album by being a dark, weird ending—it leaves you feeling a little too uneasy for it to be a complete closure to Kremlin Bats. But that’s the one predictable thing about Leonard’s music; you know it’ll always be a little weird—a little unpredictable—just to keep you on your toes.