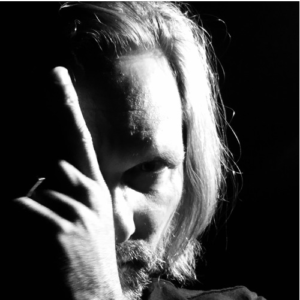 Photo of R.M. Hendrix from his Soundcloud profile.

It is fitting that R.M. Hendrix can be found on Soundcloud. Like the waves of scenes before that spawned on this platform, War Is On Its Way embodies many old ideas in modern and recievable packaging. It’s unfair to say that this is an excellent quarantine record, since recording began November of last year, but the trapped and isolated sound in the voice and various backing tracks fittingly give the listeners a relatable nervous and lonely feeling.

With punchy, yet gentle, instrumentation over a longing voice, R.M. Hendrix interacts with modern pop and electronics similarly to A.R. Kane’s attack on dream pop in the 80’s. The light chords buried in “Improvised Explosive Denied”, the repetition of words amongst a space-like sound-scape in “Soft Targets”. This album is from a different world, coming into ours to prove a point.

But that point is not simply anxiousness or fear. It is artistic, thoughtful and comes from a place of kindness and sadness. “Little bird, come under my wing. Little bird, come under my wing.”, is repeated in “Unmade”. The words come over a supportive drum beat and a guitar I can label under a plethora of cheesy and meaningless words, but is something that must be listened to in order to be appreciated.

A firm control over the effects give War Is On Its Way a big sound, however repetitive and minimal the instruments in the mix are. Blaring this from my laptop speaker was already enjoyable and came across well, but putting on headphones was almost dizzying. Sounds and instruments reserved for only one ear, while the voice seems to grow around it all or fly back and forth faster than you can perceive. These tracks are excellent for a night time listen while waiting for the pandemic to end or for testing out your new speakers.

Headphones also better emphasize the interesting and unique beats that can be glazed over when focusing on the personal lyrics or samples and effects that are constantly hitting all over. The drums successfully hold together the many themes and emotions created in these songs, while even leading some of them. “Improvised Explosive Denied” has me focusing on the light kicks, claps and hi-hats that echo around in stereo as the lead instrument. “Soft Targets”‘s dry, simple track somehow increases the outer-world vibe of the song without the layers and layers of reverb usually attributed to drums in that style of music.

The album ends with a song titled “A Day Without”, beautifully tying up the album and solidifying its rightful place on Soundcloud. Over a modern beat, lines are sung and are met with a distorted, distant yell of the same lyrics. Decades of influences in seven tracks. These songs deserve a place on your Soundcloud Sad Beats playlist just as much as they deserve room on your Chill Jams one. Most importantly, they deserve a listen in their entirety, which can be found here.

Liked it? Take a second to support Abel Beatty on Patreon!