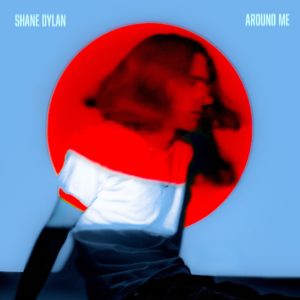 Shane Dylan is officially gearing up for a fall release of his independently-produced Boston hip hop album with collaborations from a who’s who of talent within the blossoming city. The Boston jazz/hip hop producer composes intricately-woven beats fit for a cruise through the Commons, but its his innate ability to use live jazz instrumentation that really creates a vibrant backdrop not seen very often anymore in mainstream music.  Dylan accomplished this feeling on the coming-of-age tale with Kofi Lost, “Last Week,” released during the early months of the pandemic with nostalgia-tinged reverie.

In preparation for his upcoming album, Dylan has just released “Around Me,” a narrative-driven single featuring a super team of spitters and singers from the area including, Red Shaydez, SeeFour, Jolee Gordon, and Kae Alayah. The track follows a broken relationship on the edge of collapse, narrated in celestial Dido-like cadence from Gordon, who offers a plexiglass first-person account of a relationship seemingly gone estranged in her chorus.

“I wrote the chorus and the instrumental parts on my own and then hit up everyone to help bring it to life,” Dylan said through email. “I remember knowing right away that I wanted there to be two verses that represent opposite sides of a situation. I’ve always loved songs that tell a complete story in a short length of time.”

The producer told me that he started writing the song in 2019 and recorded it with Gordon and the live band first. He then reached out to Shaydez and SeeFour for their verses, and then Alayah for backup vocals. “I think it really helped that we all know each other personally and have a good sense of what we each bring to the table artistically,” said Dylan, regarding the collaboration. “Jolee’s my friend from school, and I know SeeFour and Red from performing in the Boston music scene.”

The angelic, yet fateful, chorus sets the scene for incendiary verses from Shaydez and SeeFour, who operate as weary characters at the last straw of a relationship-“It sucks that you rely on me to give you food for thought and not divide the pie” Shaydez sternly raps, as the relationship folds under the sun. By comparison, SeeFour is similarly fed up with the petty games and lack of reciprocation, and appears even more frustrated with the way events are developing (“I gave my mind, I have my time, and I gave all my effort/Don’t get enough, I call your bluff”).

Dylan, who is first and foremost a pianist with a profound academic background in jazz music, laces a full-out orchestra to compete with the lovelorn tale. Boom bap drums from Romarna Campbell, a solemn trumpet performance from Chunka Amaré Khan, and Dylan’s signature nomadic keys are interesting enough to gradually develop as the story unfolds, but rhythmically direct so Shaydez, SeeFour, and Gordon can ride it with conviction. The story reaches a musical climax with a serene keyboard solo from Dylan, which denotes a lounge jazz vibe reminiscent of Guru’s under-appreciated Jazzmatazz days.

“I always wanna create music that’s emotionally driven and not intellectual. Maybe it goes with my personality,” said Dylan. “I like music that gives you a chill laid back feeling, that’s what I turn to when I need a break from life. At the same time, I appreciate when artists are able to bring together a bunch of different elements to create one big emotional narrative or concept.”

His upcoming album, which is set to release sometime in October, is two years in the making and in the last stages of production. According to Dylan, the album represents the emotional journey of the past couple years and highlights the up-and-coming talent from a city that is still generally overlooked by the rest of the country (though we are starting to see some national attention).

“I grew up in Boston and so I’ve had first hand experience with the different music scenes here and how they collide,” Dylan continued. “I definitely wish there were more venues and support from the city, but the community of young people making music here is really special.”

Listen “Around Me” below. It is out on all streaming platforms.