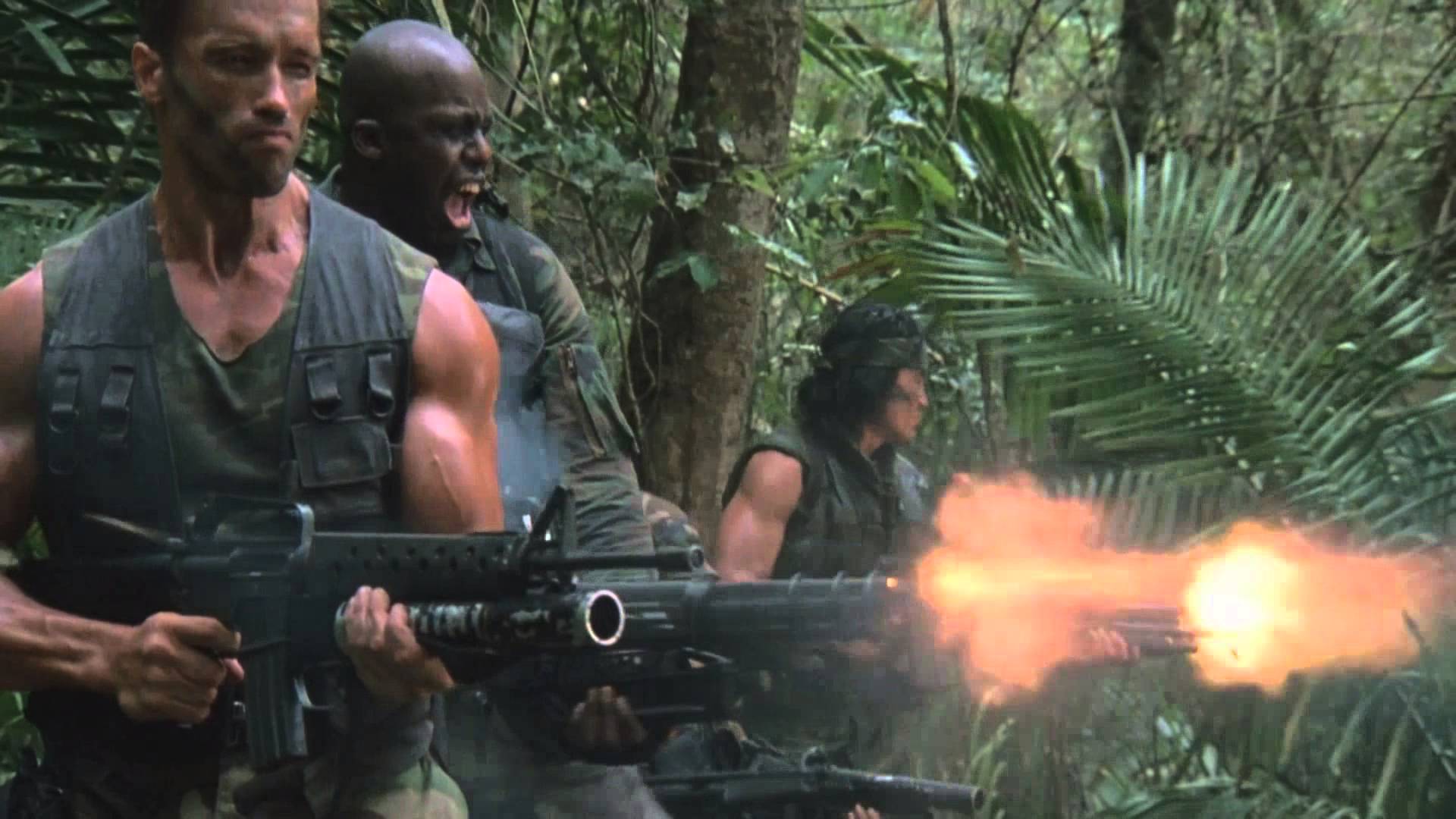 One of the best parts of the ’80s was that the genre of the monster movies were back and all the rage again, with movies like An American Werewolf In London, Aliens, and the Arnold “get to the choppah” Schwarzenegger led film Predator. Unlike the original Universal Monsters that Universal is trying to make into utter trash now with their “Dark Universe,” these monster movies were not afraid to push the limits of the R rating. Blood, gore, and the abundance of violence made these movies stand out from the rest. None of this was more true than with the latter film in that above list, Predator. Mixing the macho action film genre of the ’80s and the gruesome, terrifying horror-driven monster flick, Predator was a perfect match for action and horror fans alike. Starring the likes of Arnold Schwarzenegger, Jesse Ventura, Carl Weathers and Shane Black, Predator tells the story of a special ops unit sent to an unknown South American jungle on a rescue mission to save individuals who may still be alive and in enemy territory after a helicopter went down in the forest. While there, Major “Dutch” (Schwarzenegger) and his team start to realize something isn’t right, as they are picked off one by one by a mysterious being not from this earth. Insert the cool and utterly badass hunting alien that is the Predator, and you have yourself a science fiction, balls-to-the-walls action film that never lets you go.

What sets Predator apart from its peers is the absolute and utter nonsense of violence. This movie never lets you go, and waivers the idea of a slow burn thriller/horror in favor of a gun-toting and absolutely bad ass romp through an alien-run jungle. Throw in the star studded, action packed cast with Schwarzenegger, Ventura and Weathers for good luck and you have yourself phenomenally crafted action heroes all in one place. The real star of the show, though, is the Predator alien that stalks and kills our heroes one by one. This alien in question just happens to be an absolute bad ass by the way, with one of the coolest designs for any killer alien up there. I mean come on, how can you not cheer whenever he comes on screen? Predator easily ranks up there with the xenomorph as one of the coolest designed creatures in cinema history. It’s no wonder that years later Hollywood would want to pair them up together for an Alien vs. Predator film, but unfortunately what could have turned into a fun as hell cross over turned into boring and ridiculous junk. Thankfully, the legacy of Predator will live on, as Shane Black, one of the original stars of the original Predator, is writing and directing a new entry into the Predator series. With a new movie coming out next year, this is the perfect time to revisit the original Predator!

Catch Predator in 35mm at the Coolidge Corner Theater on June 17th at 11:59pm!