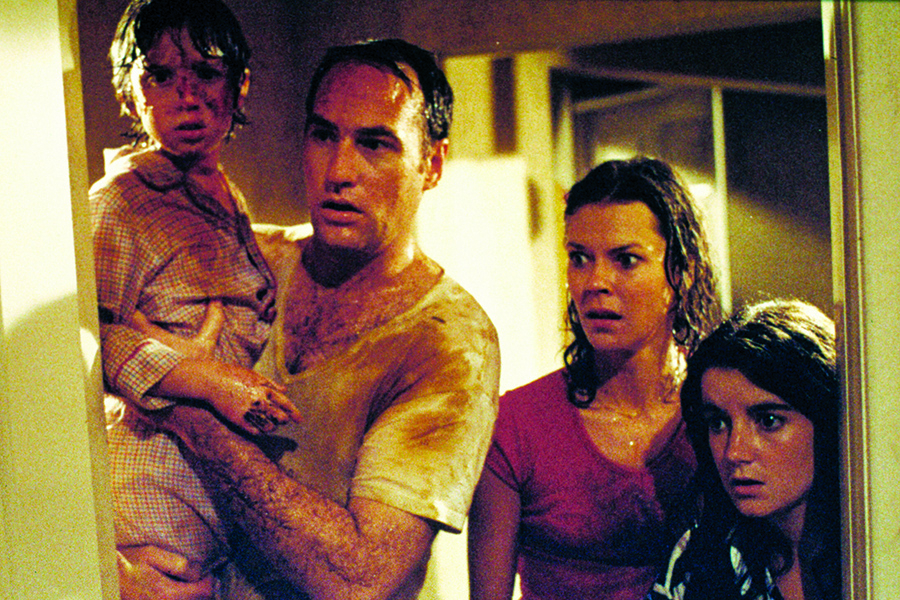 Poltergeist stands the test of time, through both its well-aged special effects and the way it covered modern problems such as the adherence to television. Seen as a classic Steven Spielberg film because of the emphasis on children and the middle class family, Poltergeist is nonetheless a great Halloween film choice.

Diane (JoBeth Williams) and Steven Freeling (Craig T. Nelson) live in Cuesta Verde, California with their three children. The youngest, Carol Anne (Heather O’Rourke), begins to fixate on the television, conversing with it. Soon after, an earthquake and other strange events begin to affect the Freelings’ lives. After Carol Anne mysteriously disappears into the television set, a group of scientists discover that the family is experiencing a poltergeist intrusion.

The film’s PG rating makes it a good film for all ages, and it excels there, balancing both the family and the supernatural. So, if you’re free to stop by, this is a classic you won’t want to miss.