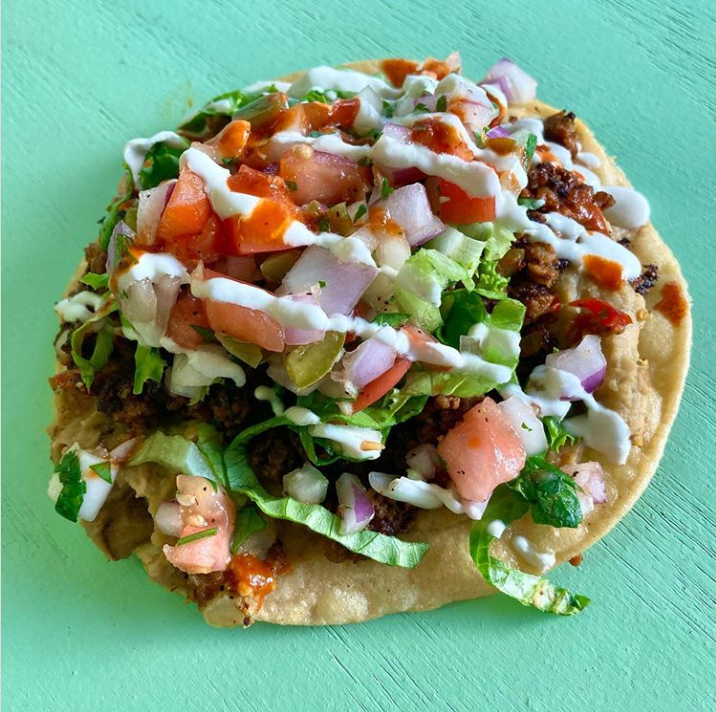 For decades, Veggie Galaxy in Cambridge and Oasis Vegan Veggie Parlor in Dorchester were two of the very few restaurants that catered strictly to vegans and vegetarians in the Boston community. Veganism was once seen as a fringe movement and is now giving way to brick-and-mortar restaurants and catering companies in the Greater Boston area. However, Boston was not always the staple for vegans and vegetarians that it is today. While it may be behind the times when you look at Los Angeles or New York City, veganism is becoming a mainstay in Boston. But is it here to stay?

“I get the feeling that veganism has moved from this fringe, weird thing that people raise their eyebrows at to a thing that’s kind of cool and not weird,” explains Graham Boswell, the owner of Littleburg in Arlington.

According to a study by Ipsos Retail Performance, there are about 9.6 million vegans in the United States, a 300% increase from just 15 years ago.

To put it simply, a vegan diet is one where the food is free of any and all animal products–whether that’s meat, fish, cheese, or any other type of dairy product. The term veganism, coined by Donald Watson in 1944, has been gaining steady traction in the past few years as people ditch meat and dairy for environmental, health and moral reasons.

“I see veganism only trending in a positive direction,” Erica Korff, aka @vegan_kween on Instagram, notes. Korff became a vegan four years ago, with animal welfare being a driving force in her decision. Struggling to find restaurants that she could eat at, she decided to start a blog and showcase vegan dishes throughout New England in hopes to help other vegans struggling to find restaurants that could cater to their dietary restrictions.

Korff has seen a shift in vegan offerings in Boston over the past two or three years. “If I wanted a pizza I would have to say ‘no cheese’,” she said referring to when she first became vegan. Today, she commented that a lot of pizza places now offer vegan cheese shreds.

Keith Schubert, owner of Taco Party, saw veganism take off much like Korff in the past three to four years. Taco Party started as a food truck in 2013. The menu itself was vegan but at that time consumers had the option to add cheese or sour cream. Schubert decided to go completely vegan soon after removing the option to add dairy products.

“When we first started with the truck we had a lot of questions from people who didn’t understand why there wasn’t meat on the menu,” said Schubert. Around 2016, a year after he opened a brick-and-mortar restaurant, he noticed that there were a lot fewer questions. During this time Schubert also noticed that his customers were not necessarily just vegans or vegetarians. A big staple of his business comes from “flexitarians” or people who are trying to incorporate a more plant-based approach to their eating habits but still consume meat.

As veganism has become more mainstream, the demand for vegan options are growing within restaurants. Korff noticed that many restaurants in the Boston area that were not strictly vegan were offering vegan options.

Long gone were the days that a vegan could only eat a salad or french fries–with chains like The Cheesecake Factory offering an Impossible Burger, or restaurants like Terramia Ristorante in the North End who offer a vegan menu.

“When places like Dunkin’ Donuts start offering Beyond Sausage, you know veganism has, in fact, hit the mainstream,” Adam Penn and Kathy Tanner, owners of Veggie Galaxy in Cambridge commented.

While vegan food in Boston may not be the easiest to find, restaurants have become much more accommodating regarding both national chains and local haunts. But the demand in veganism has also opened the doors for vegan chefs to open their own brick-and-mortar stores, food trucks, and catering companies, as was the case with both Boswell and Schubert. After going vegan in 2017, Sabrina Vixama, the owner of Discover Vegans, was struggling because she was used to eating food from her Haitian culture, whose cuisine is rich in meat and dairy. Much like Korff, Vixama decided to start a blog, Discover Vegans in order to focus on restaurants offering vegan options that also focused on Haitian recipes and dishes  she “veganized.”

One of her recipes, Haitian vegan patties, has drawn a lot of attention in Boston’s vegan community. Vixama explained that patties are a staple of Haitian culture; she remembers eating them all the time when she was a kid–after church and at parties. When she went vegan, she could no longer eat them, so she decided to make some of her own.

Her blog soon gave way to a catering company where she sells her patties from her home kitchen. Through Discover Vegans she was connected to other Haitians in her community that were vegan or vegetarian. They flocked to her business because they too were missing their cultural dishes that they had grown up on. This is something that Vixama is very proud of–connecting people back to their childhood with her food–hence Discover Vegan’s slogan, “It’s more than the food, it’s the experience.”

It’s also important to note the impact social media and the Internet has in connecting the vegan community on both a local and global level. “The rise of social media has given the vegan community, vegan restaurants, vegan bloggers, and individuals a place to share ideas, events, recipes and new vegan products,” notes Penn and Tanner.

One only has to look at Korff’s rise on Instagram to confirm. Today Korff’s Instagram has well over 10K followers and along with her business partner Kayla (@VeggieKayla) launched VeganZine earlier this year to a warm reception. VeganZine highlights vegan restaurants and local vegan-friendly events in the New England area and currently has almost 2,000 followers on Instagram. With scientific studies showing the benefits of a plant-based diet and the environmental devastation that meat production causes, it’s hard to imagine veganism going away anytime soon.