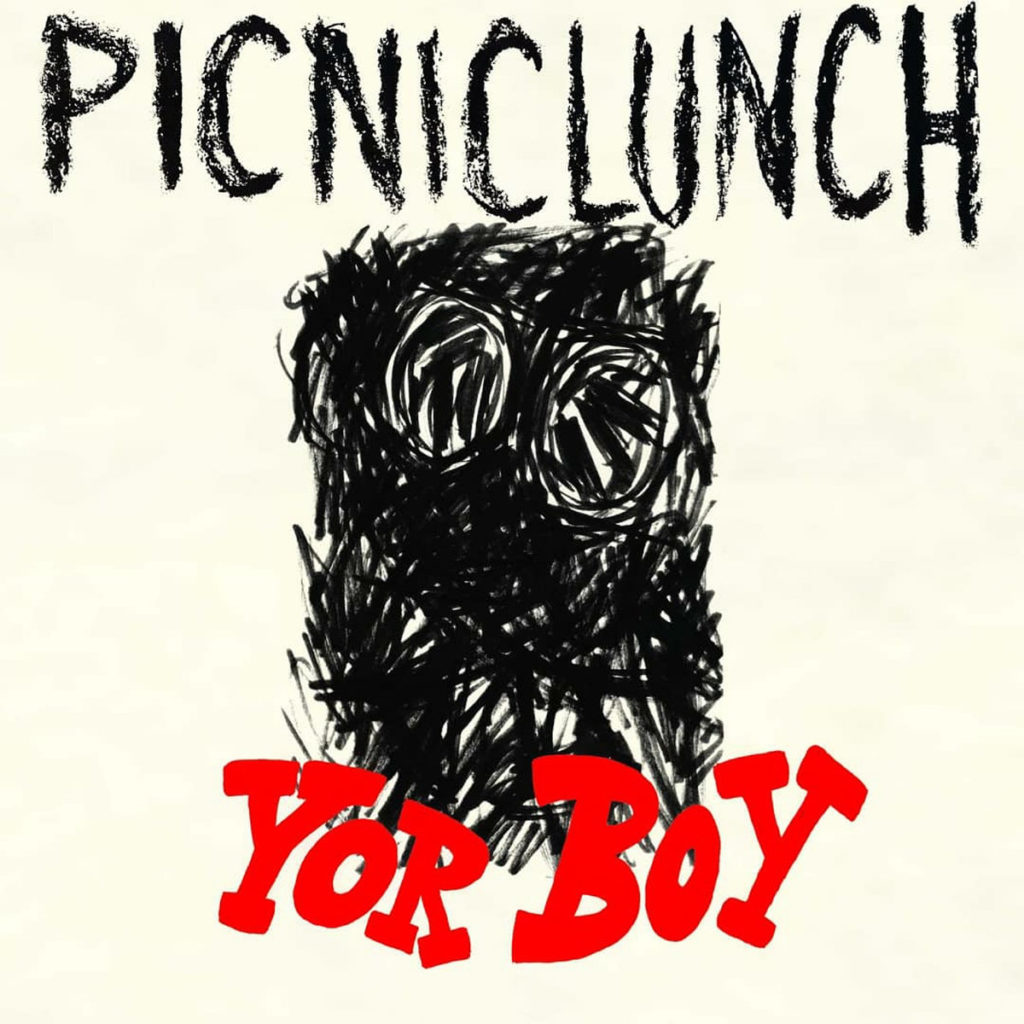 Much as “Mitch” from the first song on this set is at the “Edge Of The Void”, so all of PICNICLUNCH’s output is at least in the vicinity of the void. It is the knowledge of the void and the eternal slippage through one’s life toward the void that inform all of this outfit’s decisions.

Aesthetically they’re sliming around in a 90s way, SILTBREEZE or something. Australians. New Zealanders. British types or something. I’m not equipped to elaborate further. These fellas are from New Bedford though, and I’m sure they also love Mission of Burma. They are trying. They are trying through the espousing of equally bad and positive vibes. They do a lot for underground rock in New Bedford. Maybe the most outside of anyone outside of the hardcore crowd down that way. Imagine if the hc kids ever got their ears fully wrapped around these out of tune bangers!?

Probably not happening, but the underlying philosophies shared are the same! “IMA BEAST” had me reaching around for MICHAEL YONKERS in my old brain. This kind of “rock” will wreck ya! And in 2020 that is the best kind of rock and the only kind of the stuff that I want to be anywhere near!

The edge of the void aint’ pretty, but it certainly aint’ the void, m’kay? What is this post-punk anyway? That’s what “These Blue Eyes Are A Weapon” would have me believe. Fucking blender-ized indie rock. Indie rock hand went in against better judgement and a PICNICLUNCH stump came out. Sounds great.