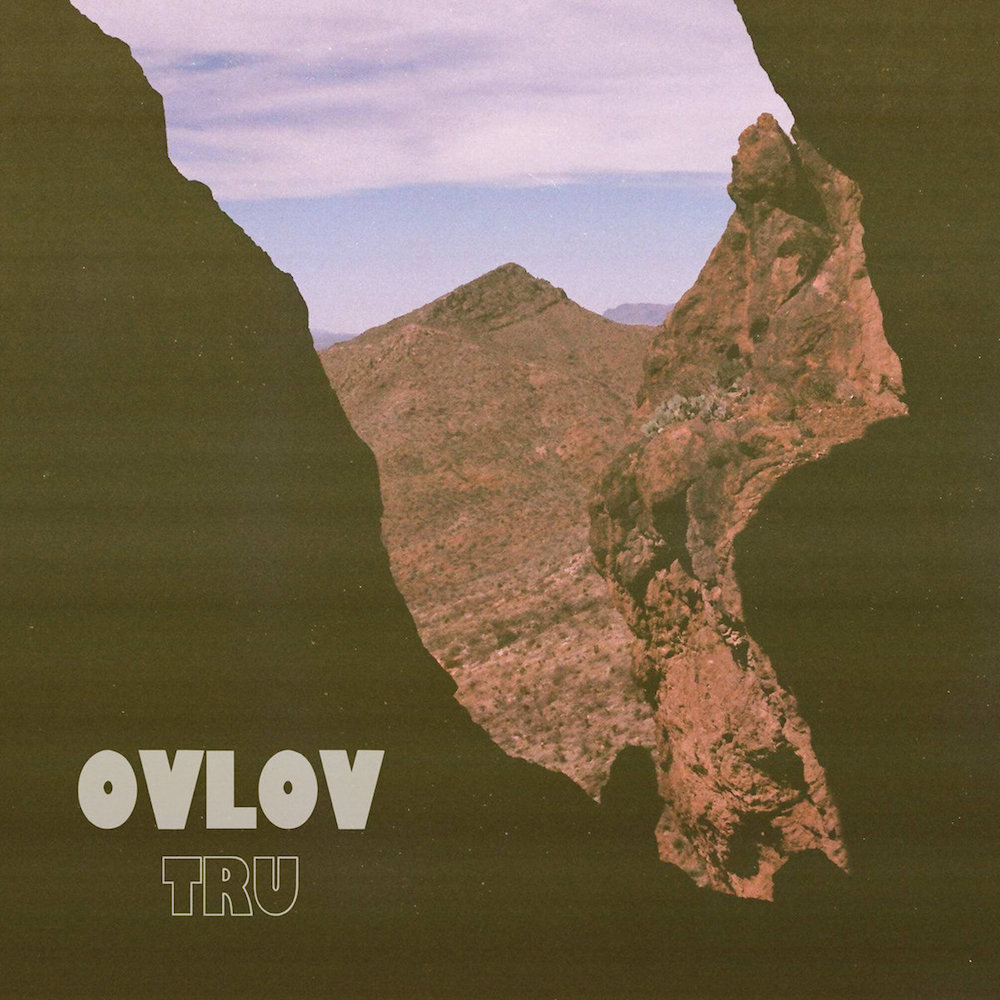 If you were to ever believe that “everything happens for a reason” or that some things are just “meant to be,” it would be now as Ovlov releases their latest full-length, TRU. The scrappy Connecticut rockers have undergone a whirlwind journey of parting ways, then reforming, then taking a break or two, then playing shows, and then not, until Ovlov seemed like a distant myth. But they’re back, and with TRU, they make sure you know it.

TRU, released on Exploding in Sound Records, undoubtedly bleeds the elements essential to an Ovlov album: sliding guitar riffs, sufficient amounts of lyrical and instrumental angst, and that characteristic fuzzy distortion. Droney guitars make a reappearance from am, but they aren’t suffocating. Similarly, singer Steve Hartlett’s vocals coincide with the guitar lines in just the right way—a skill he has showcased time and time again. “Baby Alligator” taps into these sonic philosophies—the effect on the tracks is undoubtedly classic, but it also sounds as if Ovlov aims to capture a different mood than in their past releases. Yet, the mood stays in the same vein. Ovlov 2.0.

And it’s not like Ovlov’s sound ever gets old anyway. There’s a distinct timelessness to any track by them—especially on TRU. Listen to a song like “Spright” during any season, at any time of day, five years ago or 15 years in the future, and it will still send a sonic gut punch and pull a few heartstrings, no matter what.

“The Best of You” pushes beyond what’s predictable with synths emerging at the track’s end—subtle enough to not overpower, but prominent enough to make you take notice. It’s a tasteful flourish that adds yet another element TRU.

However, the standout track comes seven songs in. “Fast G” is an instantaneous hit. Just the quick, aggressive opening chord progression proves enough to send the song from good to pretty fucking great. Instantly. There’s a youthful energy about it—perhaps because it sounds like it could soundtrack a kid’s angry, aggressive teen years—but all the while, it represents Ovlov’s growth. The band clearly has a grasp on how to construct the perfect rock song, with the perfect hook, the perfect lyrics, and—of course—the perfect amount of fuzz. With am it sounded like they were experimenting with finding that balanced recipe, and happened upon something that really, really worked. But this time around with TRU, they knew. Or at least Ovlov appears confident and comfortable with their sound, aware of just how to maneuver and mold it.

“Grab It From the Garden” acts a contemplative ending note for the album. Contemplative is not to be confused with muted, though—the track rocks just as heavily as any Ovlov track (because, face it, Ovlov never HASN’T written a song with at least one verse or chorus or pre-chorus or bridge or riff showcasing the band’s beautifully forceful, fuzzy roots.)

People always wanted another album out of Ovlov, and suffice to say, Ovlov delivered.