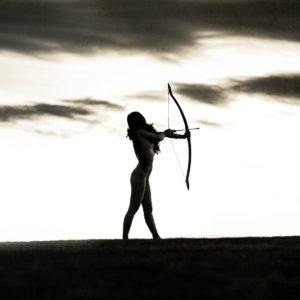 The first track “Loading” begins with a panning slow pitched wobble of an arpeggiated guitar. It rights itself when a soft pad enters. This is the portal into the album that puts you a little off-balance to open your mind to the album’s world. An arpeggiated and subtle pad chord progression repeats creating a palette for otay:onii’s higher vocal range to vamp emotively as if in a dreamy folk narrative. Spaced apart abstract sound recordings and blips begin to punctuate in like a pre¬occupied individual. Telephone ringing enters along with a shadow effected ringing. The telephone is breaking in. It is anxiety and bad news. An unleashed emotional wailing and heavily reverbed full-throated vocal soon follow. Raw emotional vocal intensity unleashes over the vamped narrative, like light and dark from deep inside the mind and bones which cracks through the skin’s surface and practiced normalcy. The wailing sounds to me like a baby screaming, crying, and coughing from a strenuous outburst. I think a baby’s cry is a symbol of pure expression of emotion. It is full-bodied, emotionally free, and unadulterated by intellect or shame. A harmony begins to whoop strangely upward, while a ghostly reverb fills the space and movement in the background with a faint screaming wash.

The second track “Otayonii” enters with a growling mechanical drone and industrial noise. An unusual and primal downtempo beat enters while the drone fades out into a leathery bass synth and percussion taking over with Lane’s melodic vocal chant and lyrics entering into verse. The instrumental chorus is urgent, heroic, and gothic metal, evoking something mythic. It’s powerful and beautiful, sending chills through my body. Otayonii is part of the artist’s name, so perhaps this is rendering legacy through time, or the artist’s assertion of their power and identity. The second verse adds some interesting sound recordings like metal hinges and a soft subtle twittering synth. It ends with the chorus disintegrating into a drone rolling around, and trailing metallic sound recordings. Otayonii is the longest track on the album at almost 9 minutes, and it is perhaps the most powerful track on the album.

“Wouldie” is a mystical midpoint in the album, the timing I imagine starting the second side of an album (as I’m listening on Bandcamp). The opening sound, almost subdued & alarm-like, is like a harsh truth is coming. A slow twirling sculpted bass synth bounces slowly in the background with otay:onii starting the first verse vulnerable and soulful, in an upfront and clear moment. A buzzing tension comes in and takes holds with a cello-like string sound droning in and out. otay:onii begins to sing emphatically in refrain situations and experiences to fly away from. It can be hard to hear someone wants/needs to leave. It can be hard to be honest with ourselves about this. While the opening lyric is what otay:onii would like to do in the most extreme sense of letting go of attachments: “I would like to break /Break through the other side /Everything that I have, gone “ the second verse in refrain seems to encourage anyone to move on (fly away) from what we may be stuck in emotionally or temporally. otay:onii repeats the verses with even more haunting and artful emotion in the second passing. In the finale of the fly away chorus, there is a build-up and lush, thickening sound which create a dramatic refrain. It drops out into a lovely tense outro emerging and ending abruptly, structurally emphasizing the point.

“Lutu” is a dark pop poem, with perhaps my favorite lyrical insights in the album that could serve as a reminder to free ourselves from focusing too much on negative thoughts:

otay:onii’s vocals here are retro and dusted with grit, almost smokily cabaret. The nuances and inflection in her singing are connected deeply to flexible filaments of emotion. The construction of this track is lighter, more consonant and articulated compared to the thicker atmospheres that preceded. It’s one of the more accessible tracks I could see being put on repeat.

“Tiptoe Grave” is a surrealist vibe. It opens with an ambient refrain “I’m so tired of this world,” sung in a way that I think most people can all relate to, which is the inside voice that’s exhausted physically and emotionally. Drums enter, and it becomes more of a ritualistic jam lifting the spirit. otay:onii’s vocals and music morph over each other in a haunting procession. There are some interesting effects in how the track trails out that sound almost like pitched reversed vocals, but the beauty is that it’s not obvious what the sounds are or how they’re made.

“Buffer,” the ending track, features otay:onii’s doing a gentle humming harmony with a ghostly delayed reverb that fills in a woozy atmosphere. This is otay:onii soothing and releasing us back into the world. It’s a lovely end to the album

NAG is the kind of album that makes me anticipate future releases. I’ll be listening to NAG on repeat and absorbing its content and sounds into my bloodstream for a long time to come. otay:onii is a contemporary sound artist who explores sounds, craft, and honest emotional terrain in cinematic and experimental ways. What makes a good artist is in large part the sum of discerning choices and editing, along with following intuition and instinct through to completion. All the sounds, construction, and timing of each track work impeccably, and otay:onii’s vocals are exquisite in their emotional rendering. The mixing and mastering and spatial depth are excellent. In each track, and throughout, the abstract to familiar work to juxtapose tension and balance with a lyrical feel, like how emotions and narratives are constantly happening as a vast internalized world shifting and evolving inside us.