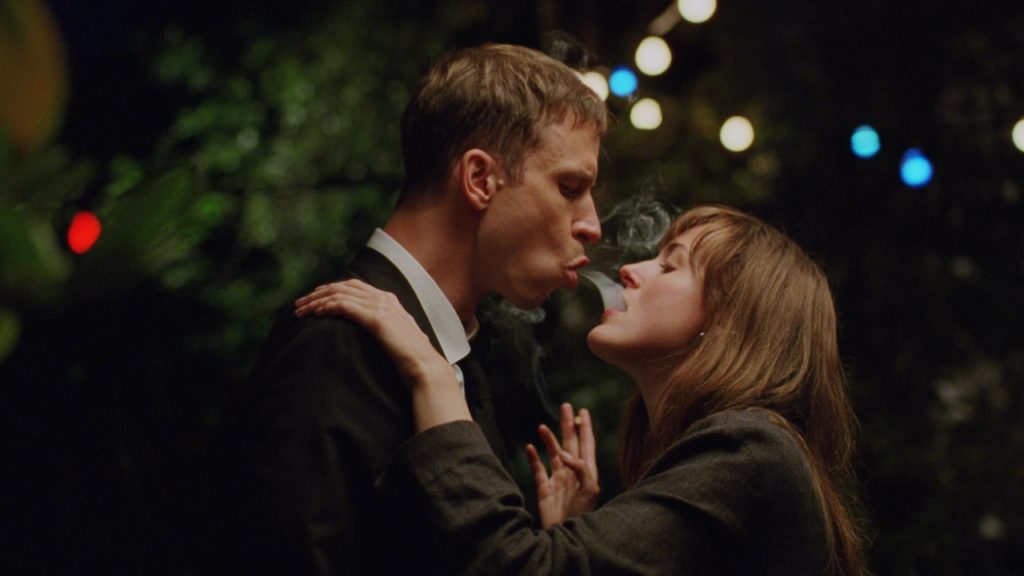 What sort of stories will we tell about millennials?

To many, particularly within the boomer-heavy pockets of online discourse, “millennial” is still used synonymously with “damn kids,” and evokes images of young people glibly posting on social media and ordering avocado toast. This conception isn’t entirely wrong, of course, but it belies the fact that the oldest members of the cohort are hurtling toward something which looks an awful lot like middle age; I recently realized, with no small amount of horror, that I am now older than most of the characters in The Big Chill. The truth is that our generation falls somewhere between these two conceptions: battered by at least half a dozen once-in-a-lifetime traumas and stunted, bonsai-like, from being the first generation left to navigate social media, we are at once wizened survivors and perpetual adolescents. Clearly, we’re going to need some stories of our own.

The Worst Person in the World, the new film by Danish-Norwegian director Joachim Trier, could be described as a “Coming of Thirties” film, which I suspect will become a go-to formula for millennial-centric storytelling. Julie (Renate Reinsve) certainly fits the profile: a promising student, she flitted from major to major before burning out and landing behind the counter of a chain bookstore. Rounding thirty, she finds herself in a relationship with a somewhat older underground cartoonist (Anders Danielsen Lie, also seen at this year’s NYFF in Bergman Island) while trying to find a creative pursuit of her own (photography? blogging?). Loosely plotted, the film is divided into twelve “chapters” (plus a prologue and an epilogue). Each chapter tells a more or less self contained anecdote over the course of four years, but each builds on the last, chronicling this young woman’s halting path toward adulthood.

Based solely on the title, I went into The Worst Person in the World expecting a Girls-style indictment of millennial vapidity (Trier, it might be noted, falls squarely into Generation X). Instead, I was pleasantly surprised to find something much more moving and thoughtful. Julie might vaguely be called “the worst” in the colloquial self-deprecation of our time– flitting from passion to passion, with no real fixed direction in life– but she’s far from a caricature. On the contrary, she’s as complex and relatable a character as we’ve seen on screen in recent years. She’s the sort of person who might refer to herself as “the worst person in the world” (perhaps notably, when the phrase is finally uttered in the film, it is not in reference to Julie), but who those around her would immediately rush to correct.

Much of this can be chalked up to Reinsve, whose performance is nothing short of radiant. She has one of those immediately expressive faces: when she’s excited about something, her smile is infectious, and when she’s upset the film becomes almost unbearably sad. In one standout scene, she crashes a party out of boredom and flirts with a stranger by debating and testing the boundaries of “not cheating”; when he pops up again later in her life and confesses that he hasn’t stopped thinking about her, one can easily understand why. Simply put, it’s a star-making performance, and one that I hope leads to a career worthy of her talents. If The Worst Person in the World had nothing going for it but Reinsve’s performance, it would be worth seeking out.

Fortunately, it’s got a good deal more. The script (written by Trier with frequent collaborator Eskil Vogt) is ingeniously structured; each “chapter” adds to our understanding of this character’s development, but also more or less stands on its own with a discreet beginning, middle, and end. Some of these scenes are simple slices of life, such as an awkward summer outing with friends and their kids, or a dinner party in which Julie has to listen to her boyfriend drone on about the “edginess” of his signature cartoon character’s butthole. Others are dazzlingly cinematic, like a swooningly romantic fantasy in which Julie spends a perfect day with a long-lost crush while the rest of Oslo literally freezes in place. This unpredictability brings a little jolt of excitement every time a title card pops up announcing a new chapter: in the film, as in life, you never know what’s around the corner.

All of this is to say that The Worst Person in the World is just a lovely little film: often funny without ever resorting to cheap laughs, at times heartbreakingly sad, but never without hope. Julie isn’t the worst person in the world– or even in this particular film– nor is she anywhere close to perfect. She feels like a real person, with her share of flaws, gifts, missed opportunities, and occasional revelations. By the final scene, Julie has by no means reached a fairy tale ending, but she has grown considerably since we met her, and appears to be on a path to grow further still. And if that doesn’t sound like much, then you just might not be a millennial.