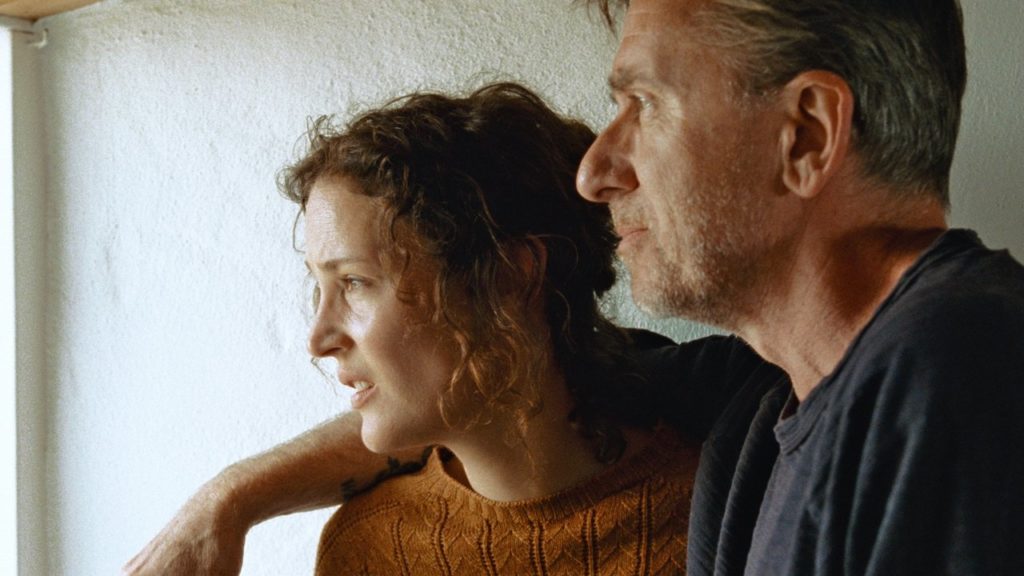 It’s a bit difficult finding the right words to describe Bergman Island, in part because I simply adored this movie. Writer-director Mia Hansen-Løve draws from a host of influences, including her personal life, and then remixes these influences and stories into an emotionally singular experience.

At its crux, Bergman Island is a movie about movies. I know it sounds clichéd to say, but it’s genuinely true here. Not simply the movies of the legendary, and titular, director Ingmar Bergman, but of movies as refuge and therapy, however painful. Bergman’s shadow certainly looms large over Bergman Island, not least of which because it takes place on the island of Fårö, where the maestro lived and created many of his movies. But Bergman Island isn’t so much an ode to Bergman, as Bergman is a reference point for our lead character—filmmaker Chris, as played by Vicky Krieps. He is a guiding star in her spheres of cinephile and filmmaker.

Bergman Island follows filmmaker and Bergman-devotee Chris, who has journeyed to Fårö for both professional and personal retreat. Along with her husband, fellow Bergman obsessive and filmmaker Tony (played by Tim Roth), the couple explores the island seeking inspiration for their next movies, while Tony likewise does the circuit in the area for a retrospective of his work. Inspiration seems to come easily for Tony, but Chris finds herself at a crossroads. She seems creatively blocked in her writing, but also emotionally confused within her relationship to Tony.

This could, alone, be the story that Hansen-Løve presents to her audience—two creatives stuck on an island forced to confront their relationship. Yet Bergman Island doesn’t follow that simple trajectory, and instead shifts again and again, first becoming film-within-a-film, as Chris relays her idea for a movie to Tony, describing two lovers who reconnect on the island of Fårö at a friend’s wedding. Then it shifts once more into Bergman Island’s masterful epilogue, which in part seeks to find endings to the frayed emotions of it’s parallel stories.

I’d go into greater detail, but Bergman Island is the type of movie that needs to be felt through—Hansen-Løve’s construction of the story she is telling, both in her intricate screenplay and the filmmaking onscreen, uses colliding stories and interlocking characters to paint a broader and deeper emotional portrait of her protagonist. It’s a cinematic journey more than anything, and it unfolds before your eyes in a way that feels effortlessly organic. And given both the pseudo-biographical and meta-fictional narrative, Hansen-Løve is likewise revealing something of herself to the audience, as filtered through movies and moviemaking.

Perhaps most indelible about Bergman Island is how lovingly and gently it is told. Whether through stand-in Chris or through stand-in’s stand-in Amy (played by Mia Wasikowska), there’s no judgement on these characters and the decisions they make. The camera is mere witness to the story as it unfolds. For a movie so cinematic in terms of its stark meta-construction, every scene feels natural and naturally built on. It’s a movie that seeks to understand, just as Chris and Amy seek to understand themselves. Vicky Krieps and Mia Wasikowska are especially adept at connecting to the audience, never losing touch with their characters, who perpetually seem unaware of what they’re searching or even that they’re searching for something.

It’s not quite clear if Chris finds her conclusion in Bergman Island, just as much as it’s not quite clear if Hansen-Løve found personal resolution in making Bergman Island. But it’s not really a movie about endings. It’s concerned not quite so much with finding a simple conclusion or resolution, as it is about exploring people, feelings, and relationships—it’s a movie that seeks to know, even if it doesn’t quite understand. In Bergman Island and in life, of course, resolution doesn’t always look like a period or an exclamation point but like an ellipses, more often than not. And movies are a sort of mirror or ouroboros, a reflective and meditative medium, in which our inner moods and thoughts are brought to the surface, for better or worse, in order that we may attempt to better understand them and understand ourselves, our next steps, even. Within the refuge of cinema, we can find ways to move forward, and even if the reality of our imaginings ends up being nothing more than a painfully loaded touch of a hand, perhaps we can find peace in moving on.