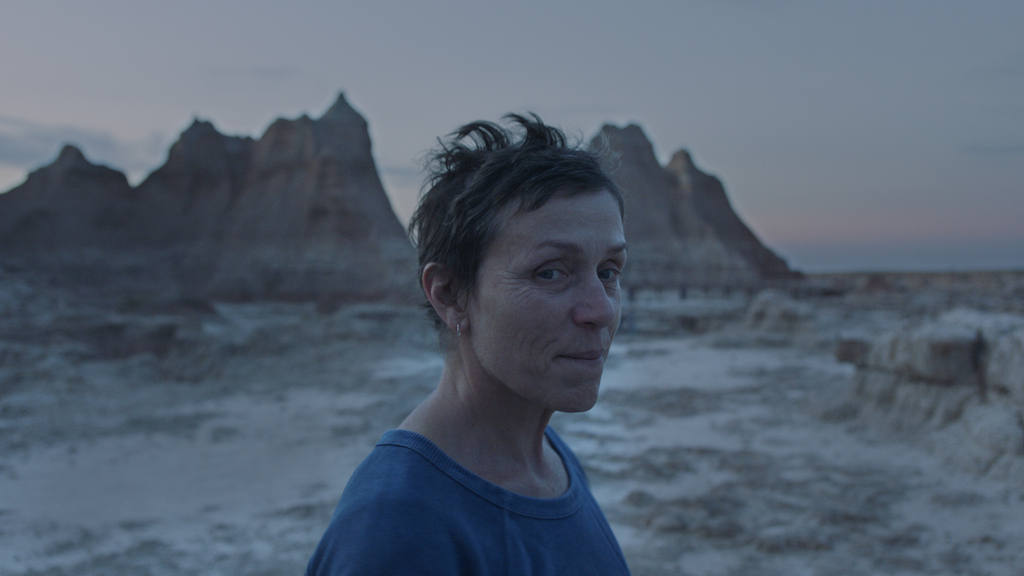 One bright side to the pandemic is that it has allowed us to focus on films that might not otherwise get a chance to shine through. Were this a normal year, we would by this point have gorged ourselves with a summer’s worth of blockbusters worth more than small countries, and the first of the big-name awards contenders would be starting to trot out of the stable. Instead, we didn’t have a summer season– most of the too-big-to-fail epics having been shuttled to an indeterminate “2021”– and even some of the flashier Oscar hopefuls, like Steven Spielberg’s West Side Story, have followed suit. And while I’m an unabashed lover of good popcorn schlock, it’s kind of been nice to have a year where the only films Hollywood can afford to release are horror movies, documentaries, mid-budget character dramas, and comedies. As we enter the prestige season, there will be no bombastic 1917 to dominate the conversation, allowing us to focus on quieter, truly special films like Chloé Zhao’s Nomadland.

Based on Jessica Bruder’s non-fiction book of the same name (with several of the book’s subjects appearing prominently as lightly fictionalized versions of themselves), Nomadland stars Frances McDormand as Fern, a sixtysomething widow from the tiny mining town of Empire, Nevada. In 2011, the Great Recession shuttered first the mine and then the town itself, its zip code retired and its homes and remaining businesses vacated. Rather than find a new town in which to plant roots, Fern opts for the life of a modern nomad, tricking out her shabby white van into a tiny apartment and traveling the western states, picking up odd jobs wherever she lands. While Fern’s existence appears from the outside to be an aimless one, however, it’s far from solitary: wherever she goes, she finds herself among like minds, fellow seniors who have chosen to live off the grid, congregating in impromptu caravan campsites. Still, Fern remains restless, constantly hunting for something she can’t quite put her finger on, and that she knows she may never find.

One can easily imagine Nomadland existing as a conventional Hollywood tearjerker. In this version, Fern (possibly played by Meryl Streep or Julianne Moore, or maybe a late-career Oscar swing from someone like Meg Ryan) would be a woman wrenched with grief, coasting from one hardship to another, occasionally belting out tearful speeches about how they took her home. Thankfully, this isn’t that film. Grief is a major part of Fern’s story, to be sure, but it’s only a part. Fern misses her husband terribly; she misses her home, too, but primarily as an extension of her married life. With both gone, she embraces the freedom of the open road, giving in to the wanderlust that seems to be her natural instinct. There are hard times, of course– flat tires and engine troubles, friends coming and going– but you get the impression that, with her old life off the table, this is what she genuinely wants to be doing. “I’m not homeless,” she corrects the young daughter of a former neighbor as she deposits her yearly storage payment, “I’m houseless.” 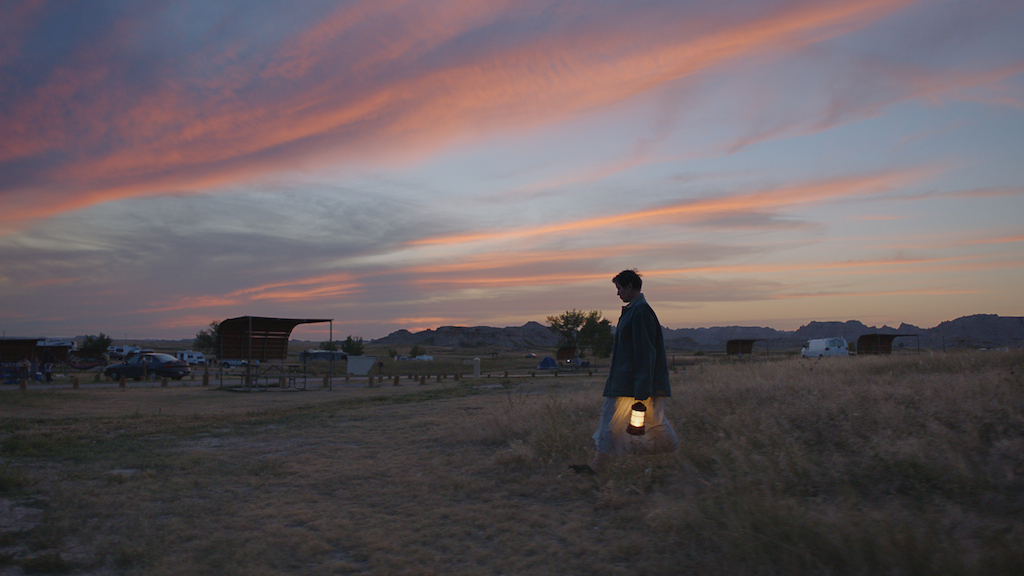 As you can imagine, Nomadland walks a razor’s edge between melancholy and wonder. In a lesser director’s hands, it could have been clunky or cloying or maddeningly unsubtle. Zhao, however, is 100% in her element. Even beyond its supporting cast of non-actors, Nomadland feels in many ways like a documentary, as if Zhao and her crew are actually following their character’s lead and photographing whatever surroundings she finds herself in. The thing about America, particularly in the west, is that it’s full of both sprawling natural beauty and endlessly tacky post-commercial detritus. Zhao finds the beauty in both, photographing both ancient rock formations and Wall Drug with equal parts wonder. Zhao’s camera is perfectly tuned to Fern as a character, expressing her inner melancholy through a simple tracking shot better more effectively than any barn-burning Oscar speech. With its quiet beauty, Nomadland could almost pass as a lost work by one of the great ‘70s auteurs, like Monte Hellman or early Terence Malick.

Of course, if it was made in the ‘70s, Nomadland almost certainly would have starred some charismatically shaggy Angry Young Man: Jack Nicholson or Warren Beatty, Warren Oates at the very weirdest. In no universe would the protagonist of the 1970s’ Nomadland look like Frances McDormand, middle-aged, deliberately deglamorized with her short-cropped hair and deep-set lines. McDormand is, of course, one of our very best actresses, and here, nearly 25 years after her breakthrough performance in Fargo, she gives us something almost entirely new. Like McDormand’s best-known roles, Fern is a tough and determined woman, but she’s far more withdrawn and idiosyncratic than Margie Gunderson and MIldred Hayes. She is a free spirit who has been utterly devastated by loss, yet she only directly reveals either side of her personality to others in flashes, seemingly by accident. It is a fascinatingly complex, almost entirely internal performance, and it’s one of the year’s absolute best.

Nomadland is an achingly sad film, of course– if you don’t have a lump in your throat during some scenes you simply aren’t human– but it’s never a depressing film, which is a remarkable feat for a story literally about a Depression. It shows us a world– a real world– which most of us have never seen before, and makes no attempt to reconcile its untidy truths. Fern and her fellow nomads have been pushed to the very edges of society, and every one of them bears deep loss and sadness. Yet they’ve also managed to take control of their lives, to a degree. “I didn’t want to die with my sailboat in the driveway,” Fern tells a fellow traveler when asked why she chose the van life. Times are hard (and, as this film’s decade-past period setting reminds us, have been for a while), but what Zhao clearly realizes is that hardship and wonder can coexist in the same space. The waters may be choppy, but Fern and her ilk will continue to sail.