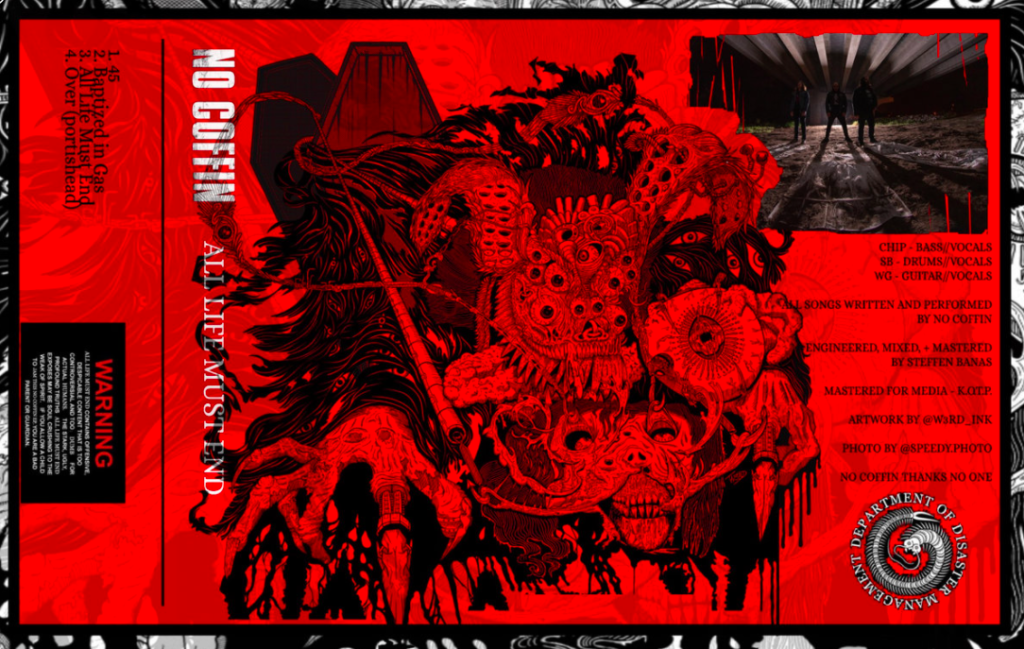 Metal has long been known as a take-no-prisoners genre. Few bands push the boundaries as far as to consider: what if we literally fought God, ripping his eyes out in the attack? Enter South Florida’s No Coffin. The referenced track, Godkiller, came to us on the band’s debut album, “Ugly, Broke, Decayed” (2020).

Since the debut we’ve been granted a second album, “All Life Must End”. The 2021 release is a four-song collection including one surprising cover. The album begins with title track .45, a brutal two-minute-long assault. Guevara spanks on guitar with riffs that recall the best of classic metal, a headbanger’s dream.

The album’s singular cover is a nod to trip-hop heroes Portishead. The band’s rendition of hauntingly beautiful Over is easy to love with it’s twisted, dark interpretation. Oh, and there’s a video. 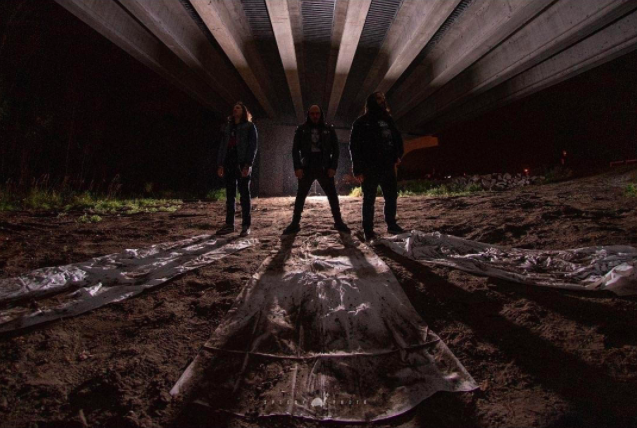 Stylistically, No Coffin considers themselves a hybrid of thrash, doom, hardcore and metal which they “slam, cut, and force” together. This description stands with tracks reminding me often of mid-80’s era metal with celebrated guitars and a sludgy sexiness. Bands like Coroner, Dark Angel and Megadeth come to mind, but with a modern feel.

The band had the unfortunate experience of being spawned at the start of the Covid 19 pandemic. This made for sparse opportunities to play early on. This has certainly changed post-pandemic with the gang playing shows all throughout the state. At one such show, under a bridge in Florida’s Jacksonville, the manic crowd sacrificed a giant stuffed animal. First eviscerating the plush then bringing the band it’s decapitated head. Fans showing out with that post-pandemic energy we can all relate to.

Of their first ever gig, pre-pandemic Chip explains “Our entire history is tied to the Churchill’s Parking Lot.”

“Miami local legend, Fang, converted an RV into a stage, and during late-era quarantine started throwing outdoor parking lot gigs, we were getting super bummed in October, because our tape had dropped, but we couldn’t do a album release show, so it was rather serendipitous that Fang started StageCoachMiami.” Chip told me.

In addition to being talented musically, No Coffin members have an eye for design. Their videos, cover art and merch are all worthy of awards for their well-selected color schemes and attractive fonts.

When not busy absolutely crushing the game as No Coffin, members stay busy with both Chip and Stephen also playing in Cowards and Thieves (stoner rock). In addition, Chip performs as visual/noise project DEVTHMVTCH.

For regular updates including their upcoming releases and shows, No Coffin suggests following their Instagram. There you can also find info on any upcoming shows which are now a regular South Florida occurrence. 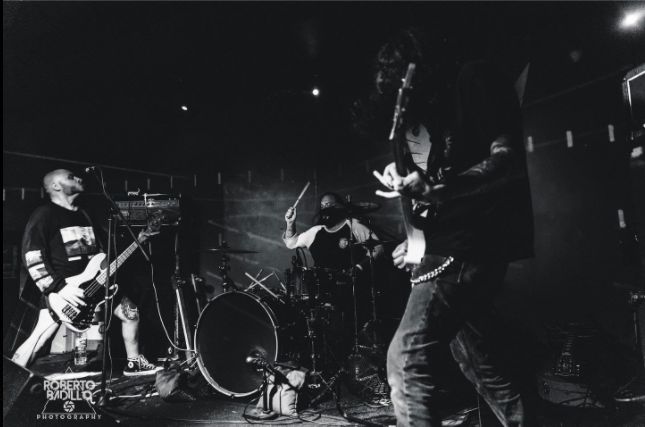