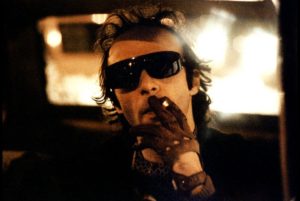 We’ve all had that taxi, Lyft or Uber driver.

Maybe we connect with them—they’ve got good music taste, or they’re from another country and they tell you about it, or maybe they just had some crazy passenger. They’re good, fun people, and the ride from your apartment to North Station isn’t bad.

Then, there are others. Maybe we are terrified of them—they drive like lunatics, they say creepy things, they give too much information about their lives. They smoke in the car, the leather of the seats have gum on them or are cracked and torn in places, their car smells like old salsa, or they’re blaring gospel music so loud you can’t hear yourself think.

In any circumstance, getting into the car with a driver is always a gamble. What will they talk about? Will they talk at all? What would you prefer, anyway? You’re thrown into a unique situation where you and a complete stranger are alone to talk for however long your ride is. What are they going through? What’s going on in their life? And they’re probably wondering the same about you.

Jim Jarmusch’s brilliant 1991 flick Night On Earth is a gritty, raw look into snapshots of the lives of drivers and their passengers, all told on one night in cities all over the world: Los Angeles, Rome, Helsinki, Paris and New York. Beginning in LA and ending in Helsinki, each ride is more enthralling than the last.

Two of the most entertaining segments are those of Los Angeles (starring a young, tomboyish Winona Ryder) and Rome (starring an eccentric, hilarious Roberto Benigni).

In Los Angeles, Ryder plays Corky, a punky, nonchalant young woman who picks up glamorous Hollywood talent scout Victoria, who begins chatting with her about why she drives a cab—it’s not good work for a woman to be doing. Corky corrects her and says she aspires to be a mechanic, despite Victoria’s compliments that she would be a talented actress, and that she is willing to cast her. 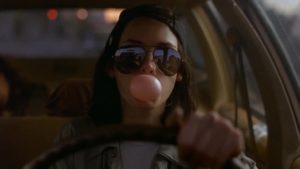 Corky dismisses the thought of fame and wealth—she’s happy, genuinely happy, with who she is, and is left unshaken by the offer and the questioning of what makes her happy. It’s an endearing and simple scene that gives you a snapshot into the life of somebody we would possibly judge, who we would expect to not want much for themselves, when in reality you understand her mind frame. She’s doing what she loves, and she doesn’t care what anybody else thinks. She doesn’t care about the pressures of the gluttonous world of Hollywood around her, and she’s not going to give into it.

Rome is one of the funniest—and most provocative—scenes in the film. As dusk settles in the Italian city, a priest is picked up by the loud-mouthed, hilariously peculiar Gino (Roberto Benigni in top comedic form) in his busted-up yellow taxi. The priest, old and ailing, looks dismayed as Gino wears sunglasses in the dark tunnels of Rome and rips open his pack of cigarettes, sticking one between his teeth and igniting it, despite the “no smoking” sign. When the frail, coughing and clearly uncomfortable priest points it out, Gino laughs amidst a cloud of smoke and says, “Thank you, Father. I keep forgetting I have that!” and chucks it out the window and onto the streets.

Throughout their cab ride together, Gino drives like a maniac, cramming the taxi into the narrow streets and crevices of Rome, nearly hitting other cars as he begs for the Father to give him confession and listen to his sins. When the priest reminds Gino that this isn’t the place for it, the goofy cabbie offers to waive the fee, and the priest accepts—which he will come to regret later as Gino spins stories even you can’t imagine. It will have you busting a gut at their ridiculousness and his obliviousness to how insane he sounds.

Night on Earth is another gem from Jarmusch, who, as always, tells his stories with heart, with brilliant comedic timing, and with stellar dialogue between equally brilliantly-written characters.