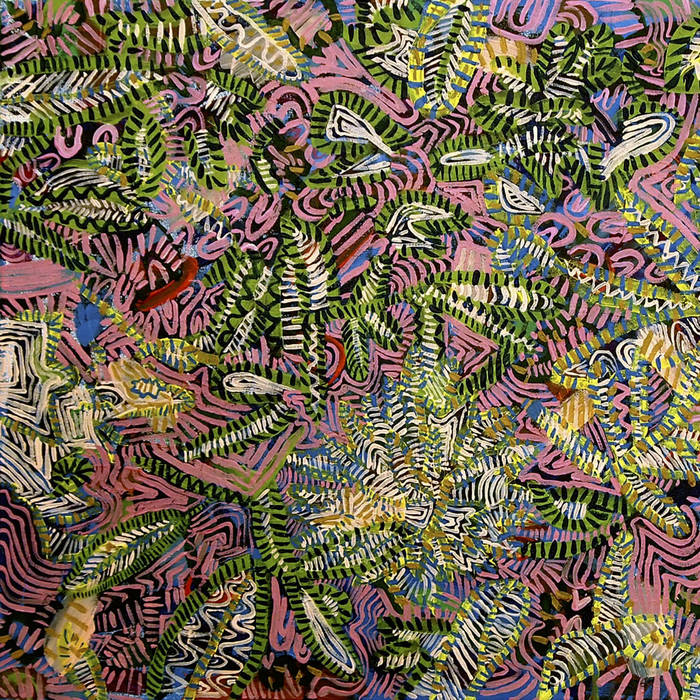 It’s a beautiful summer day, a group of friends sits in a clearing in the middle of the woods. Their pupils are the size of dimes. A few stare at their trailing fingertips with stupidly wide smiles. Sunlight shines through the trees. Everything becomes impossibly colorful. Branches conjoin into a great web. Birds and their afterimages flutter through the air. Someone turns on a small speaker and New Aura begins to play, echoing through the forest. Reverb filled guitars, crashing drums, and the feeling of the 60s reverberate, making a wonderfully crafted reinterpretation of the psych rock of old.

Bosstown, while sounding like an improvised phrase the wiry frontman of a West Coast opening act comes up with to seem endearing between takes from their debut LP for sale at the merch table, was MGM Records’ attempt at an umbrella term for the fair city’s psychedelic sound back when the words “peace and love” were said by more than just bourgeois philosophy students who decided to go to Southeast Asia to, y’know, really find themselves. Bands like Ultimate Spinach and Beacon Street Union, blended garage, blues, and folk into acid rock not dissimilar to the San Francisco scene at the same time. However, they didn’t have quite the same staying power with the “Bosstown Sound” fading off the airwaves as quickly as it came on. New Aura draws heavy inspiration from this brief time in music history. Fuzz peppers the recording like records found in your childhood home basement, well used but intact recordings of a previous time. Sure the voice sounds nothing like the digital remaster, but all the feeling is still there. The instruments are like something on a “Psychedelic Gems from the Underground 1963-1967” compilation. Guitar and bass that bring forth imagery of clear skies, the open road, and bong hits in the back of a yellow VW bus on the way to an “art festival”. The drums keep perfect time with everything like LSD doesn’t. A rich poppy sensibility comes back through each song on the album. Maybe MGM was on to something with all the hype they built.

The opener, Deja Vu, kicks off with some Hindustani-reminiscent playing before kicking up in energy significantly. Rapidly increasing the tempo before sliding tones play under a bright pop melody. Get in the car, we’re going on a trip and it’ll be a real ride this time. “Remember the time you lost your mind?” the band asks. It might just happen again if you believe the showbill tonight. There’s something charming to how much they play up the tropes of 60’s psychedelia like this for the whole album. Perhaps it’s the sincerity with which they do it. It’s delightfully infectious.

Nick Cage is a standout for the energy they bring to it. There’s a real kind of garage rock sensibility to it, a little edgier, a little harder than something made for radio play. The earworm quality sticks much how thought loops do, spinning around in your head for the duration of the track. The guitar is absolutely wonderful, much more grimy than other tracks and with far less reverb. The vocals are much higher, giving it a more modern feel, not as intense as current hard psych gets, but more intense than the rest of the record. It’s a continuous pushing sound, wild like Raoul Duke screeching about bat country after the drugs begin to take hold.

To find such a delightfully poppy, psych EP as a debut from a band is refreshing. To channel the forgotten sound of their city and put their own spin makes it even more so. It’s a new take on a walk down memory lane. If you want a fun garage-pop record, don’t pass up New Aura’s self-titled EP.