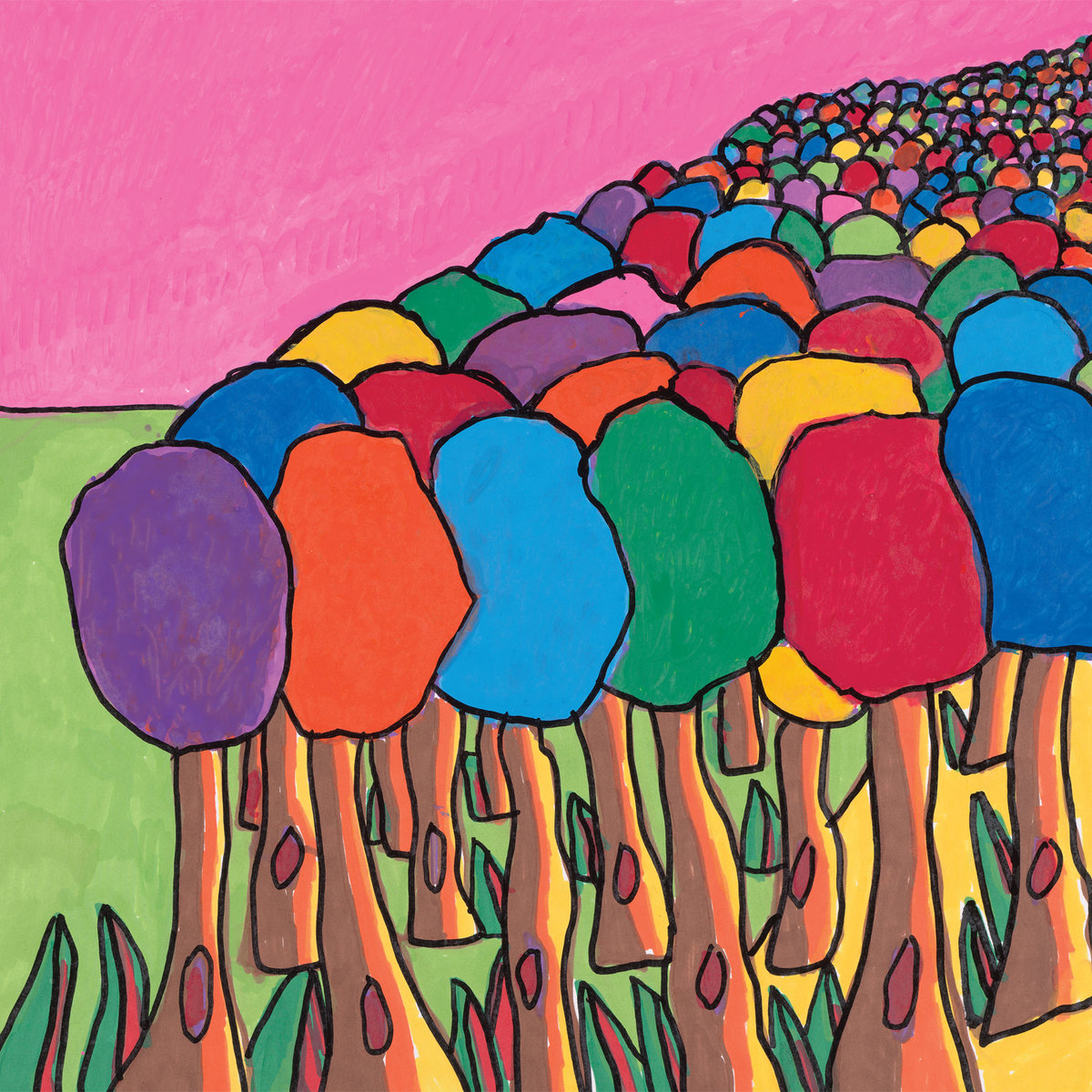 Starting as a duo of songwriter Dan Green and bassist Rick Omonte, New Haven’s Mountain Movers has since settled into a four-piece with the addition of drummer Ross Menze and guitarist Kryssi Battalene. With these two now essential members, the Movers’ sound has grown from a mossy folk with breathy tendrils to a full-on psych with a komische-friendly spine, poached tones from the Japanese fuzzed-out greats, and a stench of that Swedish psych spirit.

Their seventh long player, Pink Skies, continues their seismic variant of psych, widens their scope, and calibrates their definition. Battalene’s guitar playing sticks out as a force. Easily labeled as explosive or vicious, or some other term that might suggest she’s an actual arsonist, and rightfully so, Battalene waxes the particulates too whether it’s tilting the wah-wah pedal slightly to provide a filter for the band to funnel into, or a well-timed, near silent shift into a different shade of distortion. Omonte, Menze, and Green’s contributions make the Movers’ sound colossal, their play most often moving in tandem in their own type of lockstep. Omonte’s bass wiggles in a pocket just as easily as it swivels out into the upper registers, Menze’s drumming is loose yet firm, and Dan Green’s guitar provides a deliberate push similar to those coursing through a Lungfish song while his vocals feel omnipresent.

Forays into psychedelic terrain can be overwrought, mainly drenched with attempts to explore the depths that in turn end up being tried, tested, and nothing special. Over their past few outings, the Movers have created songs that flesh out a space with a multitude of turns and slopes. On Pink Skies, they sustain a large sound that moves nimbly, reacting to the smallest gestures, and it creates a wide atmosphere that takes over by seeping in from the periphery.