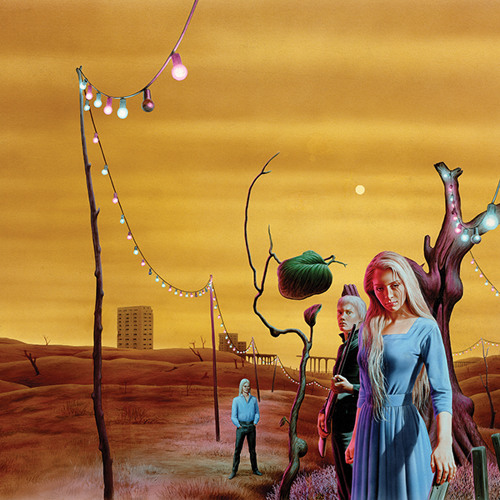 One of of our favorite underground techno acts has returned (well, they returned in October, but here we are now writing about: DEAL). That’s MOON POOL and DEAD BAND, Detroit duo of Nate Young (Wolf Eyes, Regression) and David Shettler (Viands, SSM), for the record. And a record is what they have released, a 6 song LP called HUMANIZER (MIDWICH).

“Cycloid” was the first track released to us plebes. It’s a nasty thumper, some of that “good noise techno.” The synths are on the loose, there’s a buzzing in my ear, if I just scratch a little more deeply with this ice pick everything should be alright. I’ve heard of guitars sounding like synths, but synths sounding like guitars? REFRESHING.