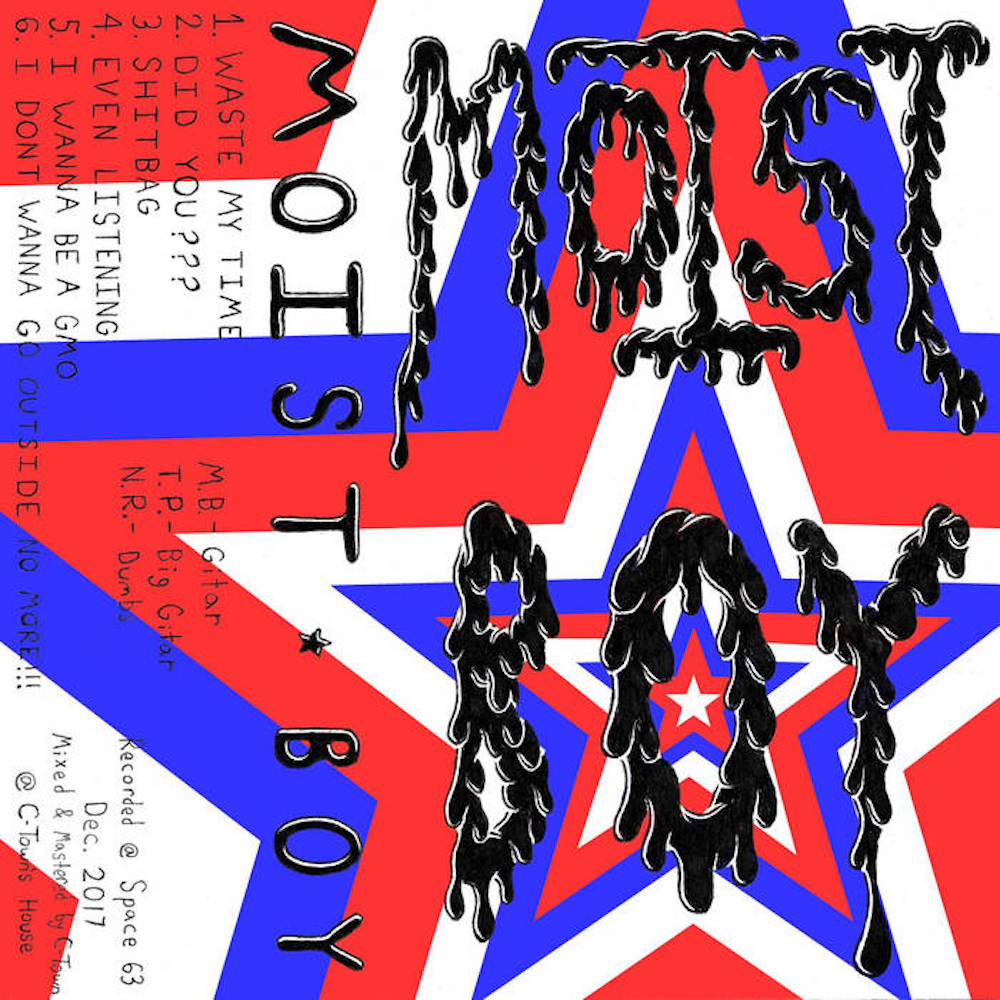 Moist Boy is packed with nostalgia. Not the emotional reminiscent nostalgia or the kind that makes you have wistful thoughts of lost loves. No, Moist Boy makes you nostalgic for the angsty days where any song under a certain decibel level wouldn’t fit the bill. The days when “It’s not a phase mom!” probably came out of your mouth more times than you are willing to admit.

“Waste My Time” is the track Social Distortion wishes they were writing right now. It begins the six-song EP with raging garage rock that has been transplanted from the California suburbs to the New Bedford streets where Moist Boy hails from.

Moist Boy continues with bangers “Did You???,” “Shitbag,” and “Even Listening.” Each song is short, straightforward, and pleasantly in your face. The band charms using early 2000’s pop punk influence without conforming strictly to generic skater slacker rock. The trademark self-deprecating attitude prevails, though, with lyrics like “I’m a shitbag / and that’s all I’ll ever be” in “Shitbag” and “How come my parents had to procreate? / If I have to exist then why am I forced to look like this?” in “I Wanna Be a GMO.” Relevant, relatable, and rocking—not much more you could want from a punk band.

The EP closes with “I Don’t Wanna Go Outside No More!!!,” an anthem for the misfits and youth who are probably out catching a Moist Boy show, hoping the cops aren’t called on them. But by the sounds of their EP, Moist Boy aren’t looking for trouble with their raucous rock ‘n’ roll; they’re just here to have some fun.