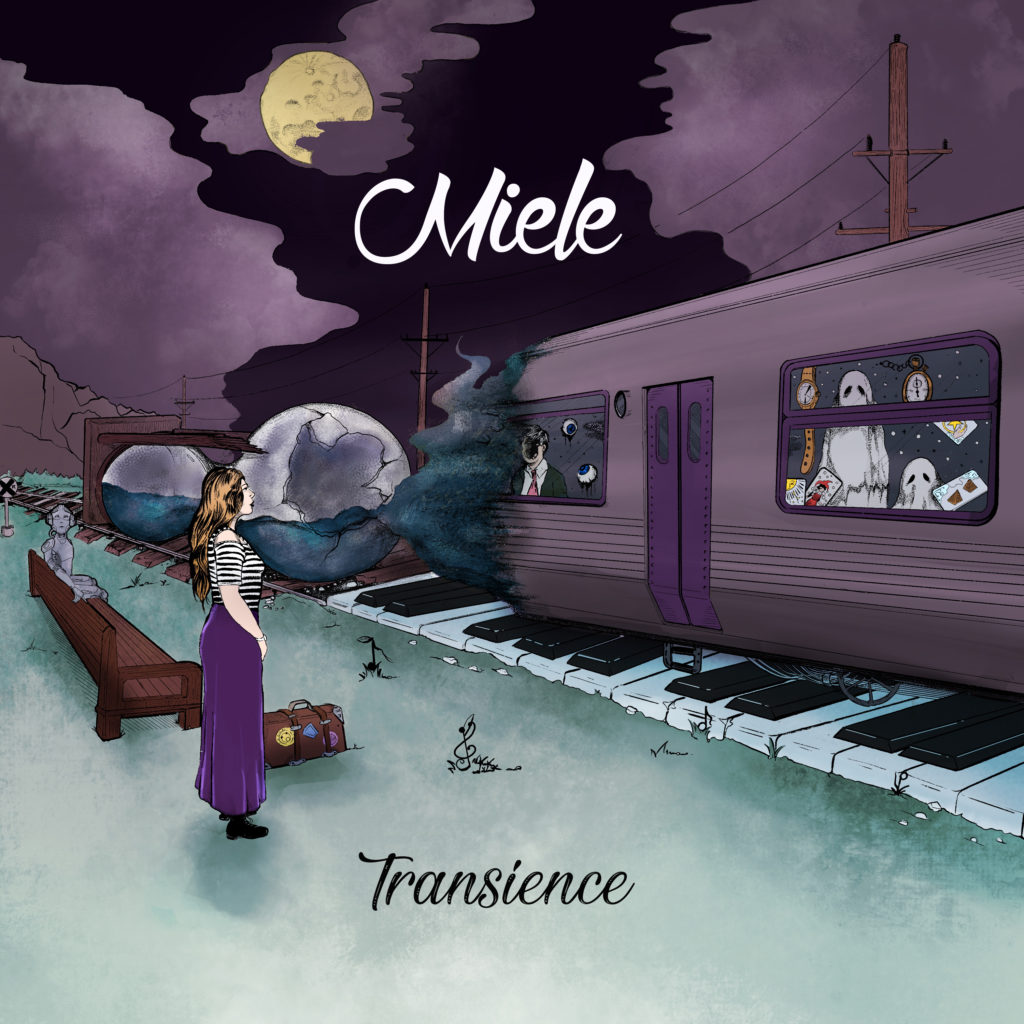 Philosophy is often something reserved for classrooms, books, and drunken nights at bars. Yet, Miele’s album Transience is an in-depth exploration of a philosophy that bleeds from every note, word, and beat.

An album over four years in the making, Transience is a time-lapse journey through a cavernous mansion of rooms amid centuries of change—in every corner a light is shone on a different facet of experience, through the timeline of existence.

Part historical record, part exercise in the demonstration of life-as-change, Transience is about the existential inevitability of impermanence. According to vocalist and piano player Melissa Lee Nilles, each song is a demonstration of this philosophy told through different experiences. Crafting them into songs is a way to both fight and embrace this inevitability.

Miele manages to capture this concept of fleeting moments and change throughout the album, in often novel ways.

One of the album’s tracks, “Slip Away,” expresses this point in its lyrical and musical themes. The first half of the song follows a standard verse-chorus structure, but then moves into a bridge that changes the direction of the song completely. A more linear structure—something that most all of the songs on Transience embody—has the listener start in one place, only to be left in a completely different place by the end.

This linear structure is something that key song composer and guitarist Joseph Spilsbury said was intentional throughout the album to serve the overall theme of transience.

“I think that there is, in certain songs, a black and white feel playing with intensity, loudness, and chord changes,” Spilsbury said. “Something shifts in the song and it changes the mood. Then boom, you’re in a different place emotionally.”

For “Slip Away,” Nilles said the track is about trying to grasp onto a thought that begins to slip like sand through the hands of consciousness. The song opens with these lyrics:

“Scattered horizons/New day,
Am I going to get out of bed,
Or let it slip away,
Slip away/Slip Away/Slip Away…”

“It’s about dreaming and the unconscious, and it’s about thoughts literally, like a dream, slipping out of your head,” Nilles said. “In the waking moments of your day, you’re trying to remember your dream. I think everyone knows the transient quality of that dream falling away.”

Spilsbury and Nilles both noted how Buddhist philosophy pulses through many of their songs. “Unfiltered” explores eastern thought through the lens of a cigarette, a metaphor for changing experiences:

Dancing on the sidewalk,
Washed away by the city sweepers,
Time and the rain.”

In Buddhist philosophy, impermanence is considered a fact of life while stuck in samsara, or the cycle of death and rebirth. “Unfiltered” explores this idea of death and the ending of things, with a nod to samsara. The recognition of potential in the song is perhaps an expression of desire or suffering, a major component of Buddhist thought.

“It’s talking about the process of making a cigarette, or something, and then burning it, and having ashes remain,” Nilles said. “It has potential and it just dies out, and there’s this moment of existing and burning out. I was latching on to how things can be really short lived with that song.”

Mental health, and the deep multitudes to be explored in mental health issues, play prominently throughout Transience. Nilles and Spilsbury both noted how the music has been impacted by their work in mental health as therapists.

“Being a therapist, I learned that a lot of people are very scattered,” Nilles said. “Some of my lyrics are scattered, and that’s O.K. It’s ok to jump around and poke with an idea instead of being really concrete. It’s exploring the unconscious material about things.”

Dealing with many clients who come from a variety of backgrounds, Spilsbury found inspiration among the maelstrom.

“I run groups at the hospital, so if I have four, six, or eight patients in the day, each person in the group can have a completely different mindset,” Spilsbury said.

In turn, the exploration of sometimes violent psychological episodes—something Nilles and Spilsbury experience first-hand—lends itself to songs that encompass vastly different musical and lyrical motifs.

The achievement here is that whirling chordal and melodic changes are crafted together into cohesive wholes, something Spilsbury says is in part due to his background in punk and metal.

“We aren’t a metal band, but there’s that slight influence,” Spilsbury said. “There’s always intentionality in our writing.”

A Rich Landscape of Textures

All of Transience is expertly mixed and mastered. Rich and complex tones throughout make the album a pleasure for the audiophile, and completely radio-ready for the masses. At once a listening experience for the ear-trained musician and casual consumer alike, Miele has built a truly novel body of work—it’s hard not to appreciate the many changing voices of Nilles as she acrobatically delivers searing vocals for the many changing voices of the songs on Transience.

The tones found on Transience are crystal-clear, whether unabashed in clean tones or layered with heavy distortion. This is fitting to Nilles’ vocal approach, characterized with an ability to find her own particular space in quickly-changing and surprising turns.

The dynamism of the album is also expertly served by the rhythm section. Cedric Lamour and Ray Cohen—who play drums and bass respectively—developed clever and novel ways of grounding the often scattered collection of compositional motifs rife in Transience.

The Album as Historical Record

According to Nilles and Spilsbury, Miele has gone through many lineup changes throughout the years. With each change, many of the songs on Transience were presented in a new light.

The songs on Transience, according to Spilsbury, have all undergone many transformations before their appearance on the album. Their current representation is a product of capturing them amid a timeline of flux.

“The songs have sounded different throughout the years, and this is our most finalized, best versions of those songs,” Spilsbury said.

For Nilles, Transience is an attempt to consolidate the best parts of the band’s history and take them to the highest level possible.

“We’re trying to put together a couple years worth of material,” Nilles said. “Some babies were lost, only to be played at shows.”

Transience is in many ways a graduation. The album is a body of work years in the making, completed at a point when Miele found their perfect blend of philosophy, emotional introspection, and pure instrumental and compositional craft. While a markedly independent album—surely at home among the kaleidoscopic variety of indie music epicenter of Cambridge and Boston—the band has accomplished something of true value for the listener.

Equal parts historical record, philosophical exercise, and pure tonal pleasure, Transience is a release that should bring Miele to the fore in the regional music scene. The musically-minded will appreciate songs jam-packed with ear-catching variety, while the casual listener will be entranced by Nilles’ emotional and acrobatic vocals, at home in each room the band has built in their latest release.

To say Transience is a great album is an understatement—upon first listen, it’s easy to understand that this release could be a turning point not only for Miele, but a call to local music everywhere to get risky, develop a deeper understanding of the listener and, in the end, truly explore the complexities of being human. 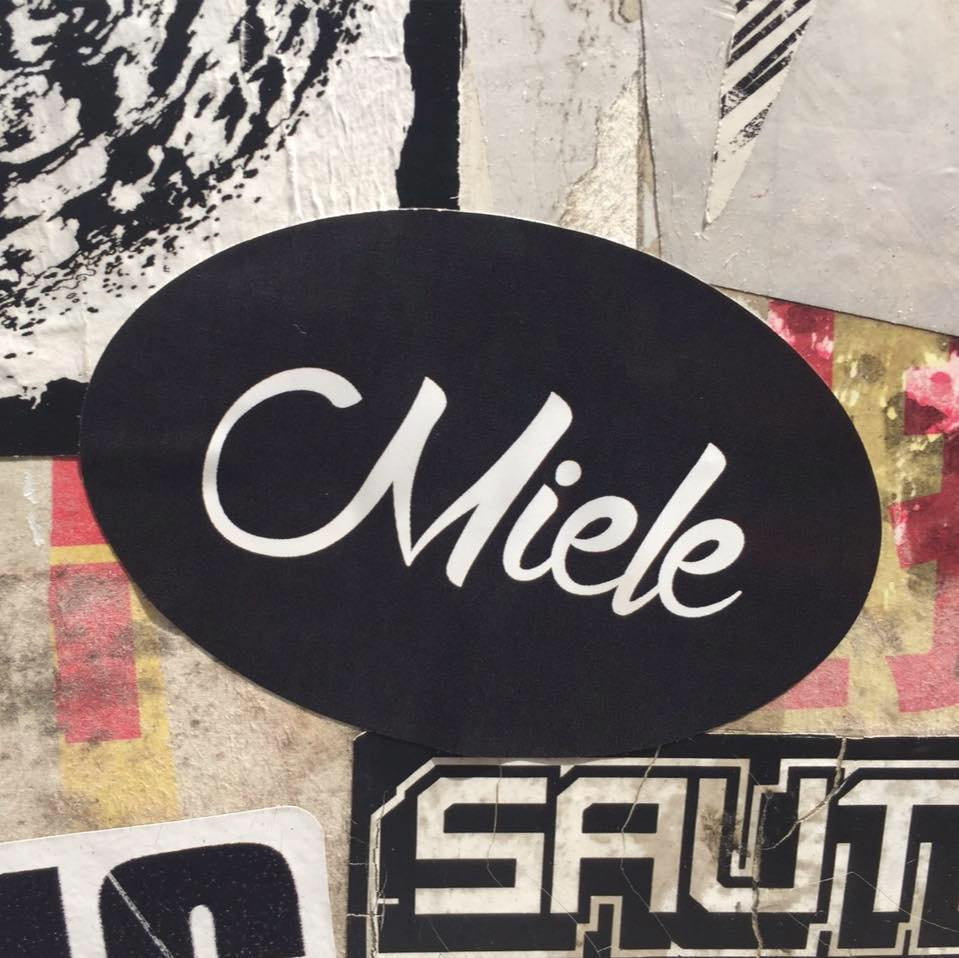