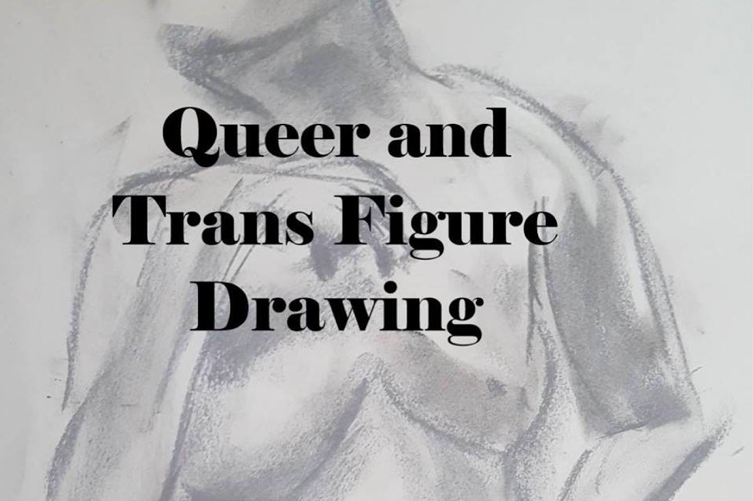 I had the opportunity to meet artist, Kal Anderson at an art gallery in Cambridge recently and learn about their recurring event ‘Queer & Trans Figure Drawing’ held at the Dorchester Art Project.

Helen Ruhlin: So, I know almost nothing about you. Tell me about yourself?

Kal Anderson: Sure, I’m originally from Southern California, and have lived all over the country, including about a decade in the upper midwest before meandering Eastward and landing in Boston.

HR: What brought you to Boston?

KA: I needed a change. So I, my best friend and I had a joke that we should leave our partners and move in together, and then we took the joke too far and did it. So we both moved from different cities to here.

HR: Did you go to school in California?

HR: So you are an artist yourself, right?

HR: I’m seeing a lot of water colors, is that your preferred medium? 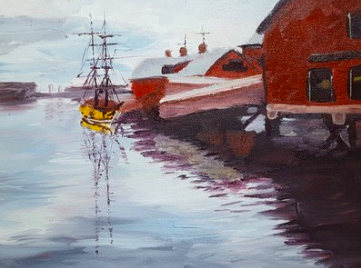 KA: I love watercolor, I also work in oil and pastel. I work in almost any 2D medium. Lately there’s been a lot of landscapes and cityscapes, and they’re getting less obvious, like there’s more weird rooftop scenes and then there’s still some that are like stereotypical you know oceans and sunsets.

HR: You have a really cool variety though. Some of them are so realistic and detailed and some are so gestural.

KA: Yeah I sort of bounce between an impressionist’s ‘gestural’ and a realist sense, which is really like the 1870’s to 1890’s influence.

HR: So what kind of started that art inspiration?

KA: I’ve been painting since before I could run basically. There’s a story that I don’t remember because it happened when I was so young that it had to be told to me, but apparently my family members would wake up to craft supplies out and art made in the middle of the night, and I would be like back in my bed asleep. So I don’t remember waking up in the middle of the night, but that used to be a common thing that I did. 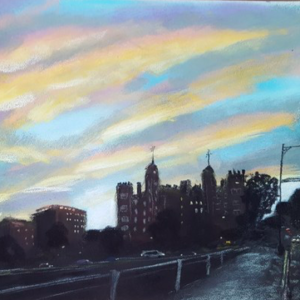 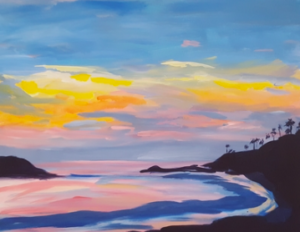 HR: So about the “Queer & Trans Figure Drawing,” I also don’t know a bunch about that, but I’m told it’s happened before.

KA: Yeah, so it’s a monthly event, on the fourth Sunday of every month at the Dorchester Art Project at 2 PM. We have different models and all of the models are in the queer community and all of the artists are queer or trans. So it’s been a really really cool project, and I’ve made a point of prioritizing folks who are traditionally underrepresented in figure drawing in general. There tends to be a bit of size diversity, but not a ton, and there is a bit of age diversity. In like the mainstream figure drawing there’s not a lot of trans folks or folks of color, and there’s not a lot of fat folks. So, I’ve tried to make a point of talking to models who are interested in doing those things, obviously not just taking folks out to check off the boxes, but because I think it’s really valuable and personally validating to honor all kinds of bodies. So it’s useful as an artist to be able to draw more kinds of people, but yeah it’s been a really cool and transformative experience to be able to draw people who are like me, or look different than me but in ways that I don’t see valued in society.

HR: I love the idea, I’ve taken a figure drawing class before myself and it just never crossed my mind to strive towards representing all corners of society through it, I think that’s awesome.

HR: How long have you been doing the figure drawing event?

KA: It’s been… I think our fourth session is about to come up Halloween weekend.

HR: So how did you get to working with DAP?

KA: One of my friends, who is a musician, recommended the project and it’s been a really really great space.

HR: What would you tell potential attendees what they could expect and why they should go?

KA: Sure, they can expect a welcoming place to get back into art or to expand on an existing art practice. We work in a fairly standard figure drawing model, generally we work from sixty-second poses up to fifteen-twenty minute poses, and no one is turned away for not being able to afford it. Oftentimes we go out for tea afterwards! It’s a very welcoming community-it is a community.

HR: This is open to all levels of art experience?

KA: Yeah it is definitely no background required. Figure drawing sessions aren’t taught, it’s more that the space is facilitated, and in that way I think it’s like an exploration of the experience of drawing from life and there’s not one way or a certain amount of experience you need to have to do it.

HR: So personally, do you have any big projects or things that you’re currently working on?

KA: Yeah, I’ve been really jammin’ on these night-scene pastels lately. The variation of shadow in here has been really of interest to me, because I’ve jammed on skies for a while.

HR: Where are all your reference images from? Are these all from around the Boston-area?

*Kal showed me several pieces of cityscapes around Memorial Drive, Mass Ave. and Columbus Ave. along with beach scenes from California, Lynn, and Hawaii*

HR: Is art your main focus right now, or do you work elsewhere as well?

KA: I do pay the bills with a day job. My plan is to do all art, all the time, but I work in software implementation which is a little different.

HR: That is a little different, but ideally in the future, art all the time?

The next ‘Queer & Trans Figure Drawing’ session is set to be held on November 25th from 2-4 PM at 1486 Dorchester Ave, Boston, MA 02122. Supplies are not provided and cost is anywhere between $5-$20, but if funds are an issue, don’t fret! Email [email protected] for more information or if you’re interested in modeling. Check out some of Kal’s work at http://kalart.storenvy.com while your’e at it! 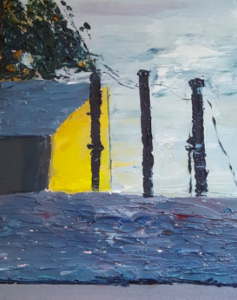 Liked it? Take a second to support Helen Ruhlin on Patreon!