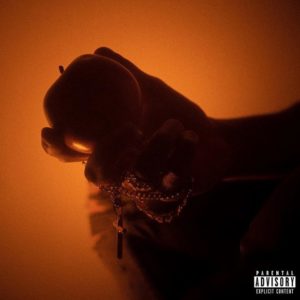 There’s something innately intriguing about Meech’s new project, Barriers to Knowing. For one, the album title offers a subtle abstractness that inherently leaves much for the open mind. It’s the type of title that opens up a conversation with peers. The type that begs questions like “what barriers?” Or, “How/what do we need a know?” These are only two of the countless conversation-starters people can have with one another about this title. It make you wonder how any artist could approach something so broadly philosophical.

With Meech though, a lot of what he does is meticulously calculated. His EP from earlier this year, I’ll Be Back Soon, I Promise, found the Van Buren associate bouncing off different ideas with an anecdotal mindset. His music aesthetically is free-spirited and notably versatile, his writing, pinpoint and therapeutic. If I’ll Be Back was a hearty appetizer, then Barriers to Knowing is the heftier meal that comes immediately after. “Biggest inspiration came from my time in solitude, fell in love with the psychology of colors and really just studied myself and the type of mood I’ve been stuck in for years now,” Meech said with regards to his newest project.

Even with such a comprehensive framework, Meech manages to encompass a worthwhile narrative about personal agency and with regards to his own destiny. If you were to journey to Meech’s Soundcloud page, you’d notice a little blurb above his new EP that briefly details what “knowing” means to him. “To know means to be silent, utterly silent so you can hear the still, small voice within,” Meech writes on the page. It’s the type of thought-provoking poetry you would typically find in his music.

The project’s intro “Dey Controlling Da Hype” is a prime example of his analytical mindset. Atop a trunk-ratting trap beat courtesy of Mico Juno, Meech takes rightful aim at the unlawfulness of systemic control in every facet, whether musically or socially. “They try to tell ya the system bring justice, they lied,” Meech hurriedly spits. Immediately, you know how much different this project is compared to his last. It doesn’t take long for the listener to become a part of Meech’s silent mind.

“Expensive Taste” meanwhile sounds less turbulent on the surface (at least, stylistically), as heavy 808s are replaced by flickering piano keys and a mid-tempo thump. Meech, however, doesn’t shy away from being brutally honest about his own experiences, and how they can intertwine with the experiences and decision-making of others. Meech ponders the merit of materialism in a country where capitalism is the backbone for contentious social wars. Here lies the beauty of Meech’s songwriting. He vies for that intimate relationship with someone else, but cautiously explains how someone could get caught up in a financial splurge. He wants to evolve with this person, but seemingly, there are “barriers to knowing” if they even are willing too.

“Expensive Taste” was the first record Meech had written in awhile, the Brockton native tells me. “I had a situation that got me down, and the motivation was just gone. And in times like that, I just let the music & words find me. Ironically, ‘Expensive Taste’ was the record I first wrote coming out my slump.”

The song is a prefect prologue for “Breaking Point,” which almost functions as a conceptual sequel; the final straw for Meech to finally say, “I’ve changed for the better, and if you’re not willing to do the same, then I’m finding a different path.” Vocally, the Brockton native hopscotches across the piano lead with various cadences and melodies, thus showcasing his unflappable range and deft command of voice.

Part of what makes his artistry so enticing is his constant attention to detail. You can tell Meech allows the music to marinate before adding finishing touches. The jazzy outro on “Heaven’s Gates,” for example, heightens the heartfelt emotion of the words immediately prior to its existence. Meech is more vulnerable than ever, speaking on his grandmother’s passing, the amount of liquor he drinks, Trump’s perpetual bigotry, and the catastrophic cycle of people dying at a young age. The chorus, while simple, purposely indicates the almost too common occurrence of death in our lives.  His message is powerfully timeless, and even more heart-wrenching considering the bleak circumstances.

What makes Barriers To Knowing so special is the fact that it never wastes space. Each song, while a part of a greater whole, seems to hold an important place in Meech’s heart. Through sing-rap melodies, Lord Felix, Saint Lyor, and Meech are all fighting through turbulence on “Sprained Wrist,” playing tug-of-war with their minds until some type of peace is attained (“Fighting through the pain you see”). “Numb” meanwhile finds Meech re-establishing that aforementioned agency in his mind, or at the very least, attempting too. There’s a cinematic guitar solo at the backend of the track that only affirms the project’s sophistication. It’s difficult to truly attain happiness when there’s “barriers to knowing.”  The human race tends to deal with these obstacles on a daily basis. With that thought in mind, Meech isn’t just speaking to himself, he’s speaking to all of us.