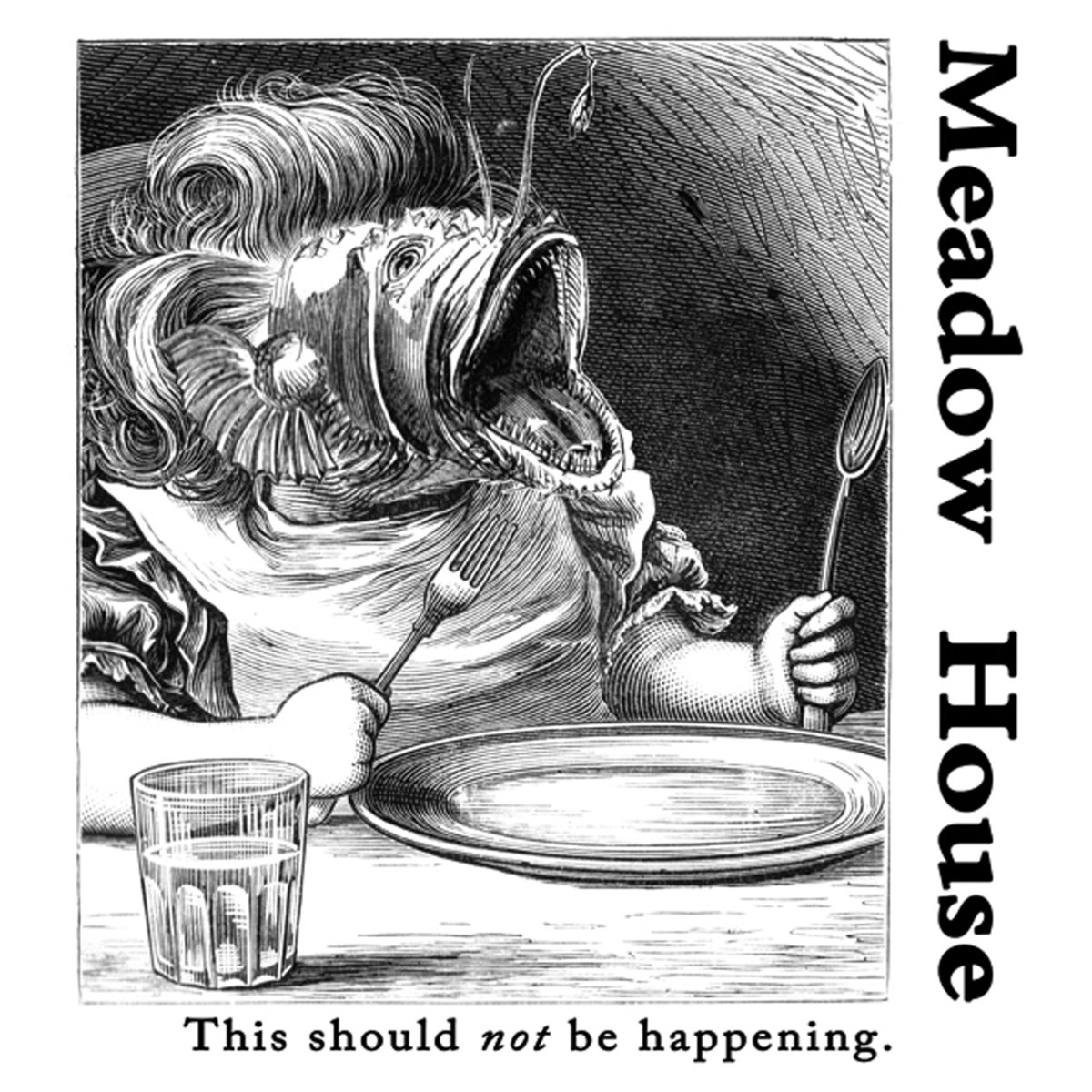 A twisted album this. All (or close to all) of the tracks take suicide as their subject matter. I can thus understand if it’s all too much for some people, as suicide is among the heaviest of issues. It seems not to weigh SO heavily upon MEADOW HOUSE’s Dan Wilson however. Though the subject matter may be of the very darkest nature, Wilson’s songs come across as some kind of whimsical. WEEN, HARRY NILSSON, BECK, SYD BARRETT, DAN MELCHIOR, WHITE FENCE; each one of these (at-least-at-some-point-in-time) wonderfully eccentric song-smiths is ping’d in my mind listening to this song cycle. A cycle that is not entirely natural it turns out. VT’s own eccentric song-smith JOEY PIZZA SLICE was tasked by FEEDING TUBE to curate this collection. The songs themselves are culled from publicly distributed tapes that Wilson taped to bathroom stalls, subway platforms, and other filthy civic crevices. Wilson, an Englishman (natch), is perhaps better known (if at all known that is) for his work as RADIONICS RADIO and with OSCILLATORIAL BINNAGE.

This collection is one of a handful of official releases available from MEADOW HOUSE. It is my first encounter with this man’s songs and I must say I was pretty floored right off the bat. “Never Gonna Be Your Man” should have never been hidden away, as it’s a clear chart topper. The melody cruises overtly through my brain regularly. A junk pop winner! Others who are trying hard for this vibe aint even getting close. “Cutting” leaning on that fuzz groove, is unhinged, but intoxicating. “Eat It Up” a twisted take on some SMiLE-style experimental pop, is far too short, but I take what I can get. “Carbon Monoxide” actually features a drum track. He “got a lift from carbon monoxide.” Man, what a boisterous tune. Perfect for having a good time, minus the bits about filling a car and one’s lungs with carbon monoxide (that’s what all the bits are about). “The Hermit” is another junk pop wonder, percussion pulling us in multiple directions all at once. A sour tale rides a melancholy melody atop a drunken bass and it all sounds perfect to me. What’s that say about me? Well, you can be the judge of that. All I know is that I am thankful to FEEDING TUBE RECORDS for releasing these pieces of ephemeral pop strangeness, and for introducing me to the world of Dan Wilson.