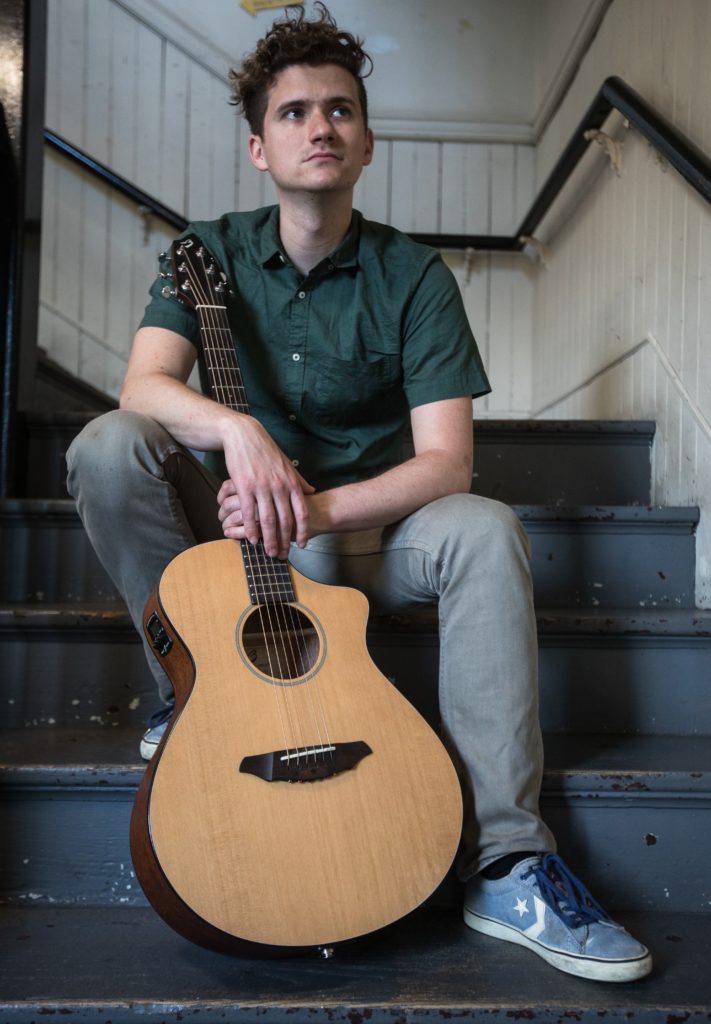 Max Kennedy, vocalist and guitarist of Boston indie folk duo Big Fuzzy, has a new solo record coming on July 25th called On That Great Selection Day, which will be followed up with a record release party that will be happening at the Lilypad on July 26th.

Kennedy channels his inner singer-songwriter in his new record, which is contemplative, wholesome, and personal. The intermingling of female vocals (done by the second half of Big Fuzzy, Anneke Reich) throughout the record brings to mind a more-stripped down Kuinka, as Kennedy blends classic acoustic folk tunes with additional complex, jazzy arrangements.

From the lonely fingerpicking in “Innocence (Pt. 1)” and the title track “On That Great Selection Day” to the wistful nostalgia in “Little Brother”, Kennedy makes astute observances of everyday occurrences to piece together a bigger picture of the events of his life.

Take “Old Friends” for example, a clappy track in which vocals ebb over and under like a tidal wave and analyze why friends do the things they do when they get together:

Me and my friends get together every now and then
Telling stories, drinking wine
Trying to avoid the one thing that’s always on our minds
How do I get started? Where do I begin?
When all I’ve ever wanted is to win the only game I’ll never win

“This Winter” on the other hand, a warm and cozy fireplace track that’s less than 2 minutes, is a brief yet poignant reflection on the passing of time, when one is cooped up indoors left with one’s own thoughts:

Kennedy also reflects on the joys of being a singer in “Tennessee”, which also shows just how much he loves what he does:

If you’ve never played an empty club in Nashville
And you don’t know what it’s like to feel the thrill
Oh the thrill and the calm in the center of the neon hurricane
And if you feel it even once, your life won’t be the same