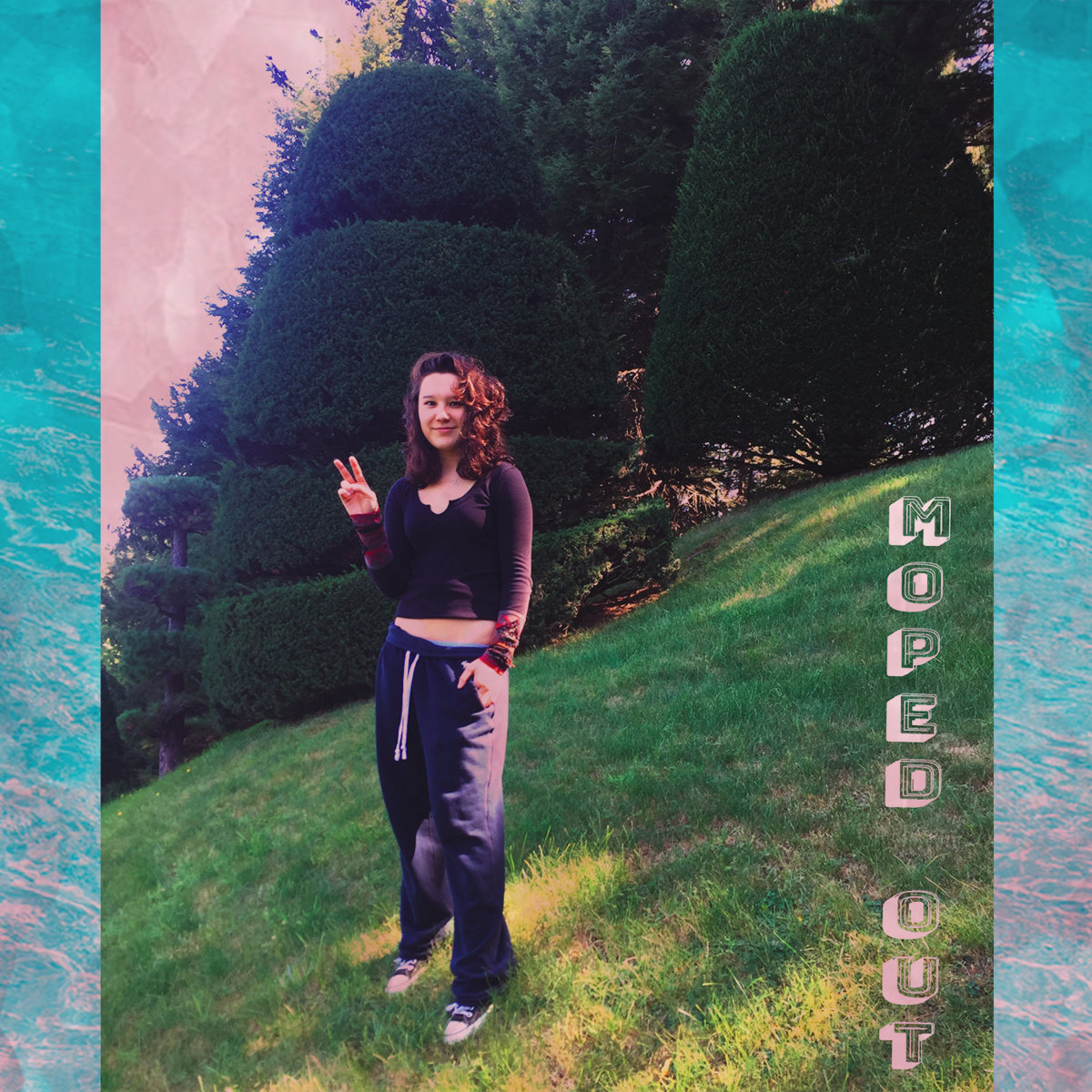 Maggie Kraine is a singer-songwriter who hails from Umass Amherst and has pushed out a ton of content in 2017.

“Moped Out,” the most recent of Kraine’s four releases, is a collection of three short compositions, which range from ballad format in “for there she was” to uptempo, frantic pop in “forgotten batteries.” This is an honest, raw record; the guitar, piano, and drums fight for control of the tempo throughout the record, and seem to have been recorded at different places and times (suggested by the description on Bandcamp: “Julian, a dedicated drummer I haven’t even met”).

The slight variations in tempo between instruments give the recording a frantic energy; the rhythm section sometimes feels like it is barely held together, but locks in at important times to create immensely satisfying moments of groovy clarity (most notably in “forgotten batteries”). The second track, “forgotten batteries,” moves maturely through changes in dynamics and volume…it packs a lot into its two minute length. “forgotten batteries” dies out after an explosion of guitar, drums, and piano. The album wraps up with “for there she was” (my favorite), a change in sound and pace from the first two tracks. The guitar and drums are subbed out for solo piano and vocals. Kraine’s poetry is heartbreaking, and sung over plodding piano, it becomes more beautiful and complex than if it were left on the page.

Liked it? Take a second to support Sam Cox on Patreon!