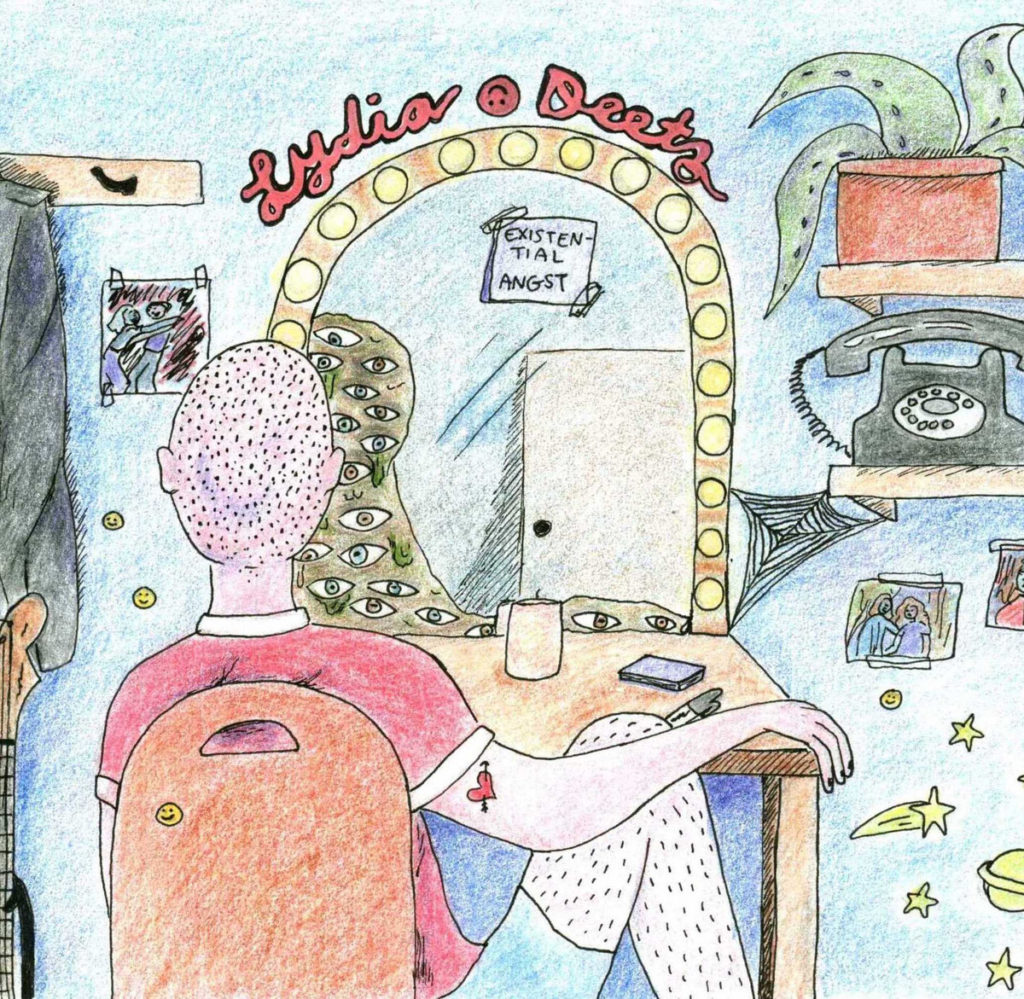 If you’re a fan of the 1988 film “Beetlejuice,” then the name Lydia Deetz probably rings a bell. She’s a teenager who feels alone in the world as she’s ignored by her father and stepmother. These influences are clear on the album “Existential Angst,” by Lydia Deetz, the solo project by performer Kade Thibodeau.

“Existential Angst” feels simply made. Most of the tracks feature Thibodeau vocalizing over a guitar track. As a solo project, Thibodeau provides all instrumental elements herself, which gives the album a young, home-made feeling. It’s perfectly fitting for an album that centers around a young adult lamenting about existential dread.

The lyrics in the songs fit into this theme as well. It’s clear that Thibodeau was intending to deliver an authentic portrayal of the angsty teenage experience through these tracks.

Hell Break is a prime example of this. The lyrics grapple with the problem of boredom and “running out of things to do” and feeling trapped. With the simple guitar that backs the vocals and these lyrics, it feels like a wholly authentic high schooler’s poem set to music. Thibodeau captured the feeling of young adult angst in their lyrics.

Unfamiliar Friend perfectly captures the feeling of teenage anxiety and existential angst in under 45 seconds and just two lines of lyrics. It seems like Thibodeau created the album this way to deliver the angsty teenage experience in bite-sized chunks, as if their anecdotes or passing conversations between friends.

“Existential Angst” successfully delivers a lo-fi sound. The tracks on the album feel like bedroom-recorded demo tracks, which serves to add to the album’s authenticity. What says angst more than a teenager producing an album centering around existential dread and anxiety in their bedroom?

I noticed that Thibodeau tagged the album with the tag “beetlejuicecore” on their Bandcamp page, and it’s the only album to be tagged as such. Labeling the album as beetlejuicecore, as Thibodeau did, gives the album a distinct yet pretty unique genre. It draws up connotations of goth and the supernatural as well as teenage angst, especially compared with the artist title Lydia Deetz. While “Existential Angst” might be the only beetlejuicecore tagged album right now, it’s definitely possible that more albums could fall into this category in the future. Thibodeau essentially coined this term, and I think it’s a term that could be adopted by others going forward.

An unexpected resurfacing from one of our favorite outsider punk bands