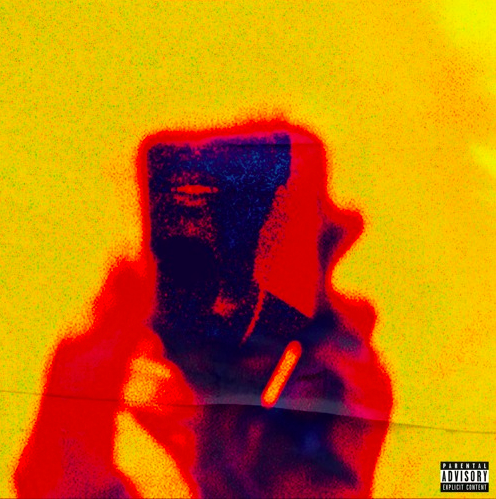 Lord Felix isn’t some internet-generated rapper alter-ego; it’s a royal embodiment of an artist who’s hoping to lead a local charge from Eastern Massachusetts. The Brockton native is part of an eclectic group of firebreathers from Van Buren Records; a unique collective headlined by a mask-wearing missionary, an extraterrestrial trapper, a mind-bending soul searcher, and a hard-edged street revivalist.

Each rapper from this charismatic clique thrives on versatility, and Felix is no different. He maintains a cryptic appearance thanks to a stout visor that’s just as stylish as it is enigmatic. Even when he’s unpacking the emptiness of love’s cynical layers (like he does on his 2019 album In Bloom, Forever), Felix sounds like he’s always having fun. You can basically picture an amiable grin cross his face as he’s describing why love is such a fleeting entity.

Felix’ 2019 album In Bloom, Forever follows a tight personal narrative involving love’s short-term rewards. Feelings change as fast as new England seasons, and Felix’ optimistic outlook for a relationship wilts away like flowers in the fall. Even summer-normally the happiest time of the year in Massachusetts-lacks any sort of liberation. Felix may carry a mystical persona, but he sure as hell can act transparent when he wants too (“All this bullsh*t overbearing now/Imma make a album, Imma air it out/Just lost my uncle, I just lost my job and i don’t know how Imma figure it out”).

There’s a chameleonic calculation to everything Felix does in the studio, even when he’s simply trying to capture an audience’s attention through dancehall movements. His diverse musical range reflects Van Buren’s skillfulness remarkably well; particularly when he’s seamlessly transitioning between head-rattling trap bangers and famous Elton John instrumentals.

To cap off this disparate approach to his musicality, Felix saw it fit to attach a four-song EP at the backend of 2019 titled Infrared. Despite only clocking in at nine minutes, the swift-moving project acts as a formidable extension of the Brockton native’s ever-evolving sound. Unlike In Bloom, Felix isn’t trying to navigate life’s greatest obstacles; he’s simply disregarding them for the time being.

The EP is inherently less cinematic in design, but still stylistically diverse. There’s no overarching theme, but there is a club-ready aesthetic that lingers from start to finish. From the very beginning on “It’s My Birthday,” Felix appears more comfortable as an individual. In his signature guttural voice (think slightly less baritone than Pop Smoke), the visor apostle migrates toward a more urgent style of rap, where clanking drums and arpeggiating screams dictate his picturesque birthday party (“I don’t really care ‘bout what the folks say/they don’t really love you, I said okay”).

Infrared radiation is traditionally invisible to the human eye, and yet fascinatingly informative when fully explored. Felix’ EP operates in similar fashion. He doesn’t offer up too much in the way of introspection, but he does allow fragments of his imagination to enter into reality. He does this on “Hunnid Dollar Socks,” a head-bobbing slice of eloquent materialism drenched in swagger.

At times, In Bloom, Forever gave listeners a glimpse of claustrophobic desolation, particularly when Felix searches for personal affirmation amidst ongoing heartbreak. “Studio 54” on Infrared sounds like the antagonistic response to all of the upheaval. Felix and the instrumental function as one demon-like creature. The Euro-dance vibes are confined and cramped in their own way, almost as if Felix is stuck in club-induced acid trip, trying to find any escape from In Bloom’s godawful realities. It’s hard not to shimmy your way across the dance floor, even with the dark tonalities.

“Smile More” is basically the antithesis to “Studio 54’s” infernal experience. Connis (who has had his own stellar run recently) enters the fold for the finale, providing Felix with a lighthearted chorus about honesty and not feeding into the bullshit. The intermittent guitar leads denote a vibrant aura hat bounces off the dreamy synth pad with character. The landscape is very mysterious and multi-dimensional-kind of like the artist directing it. If nothing else, Infrared represents an artist noticeably comfortable in his growing musicality. It’s time for Felix to officially bloom.

This album is also available via Spotify: https://open.spotify.com/artist/7E9L8aQjGYTRCDWtX8xOTy?si=N7o246qzRPqgWUvrrBvmNQ