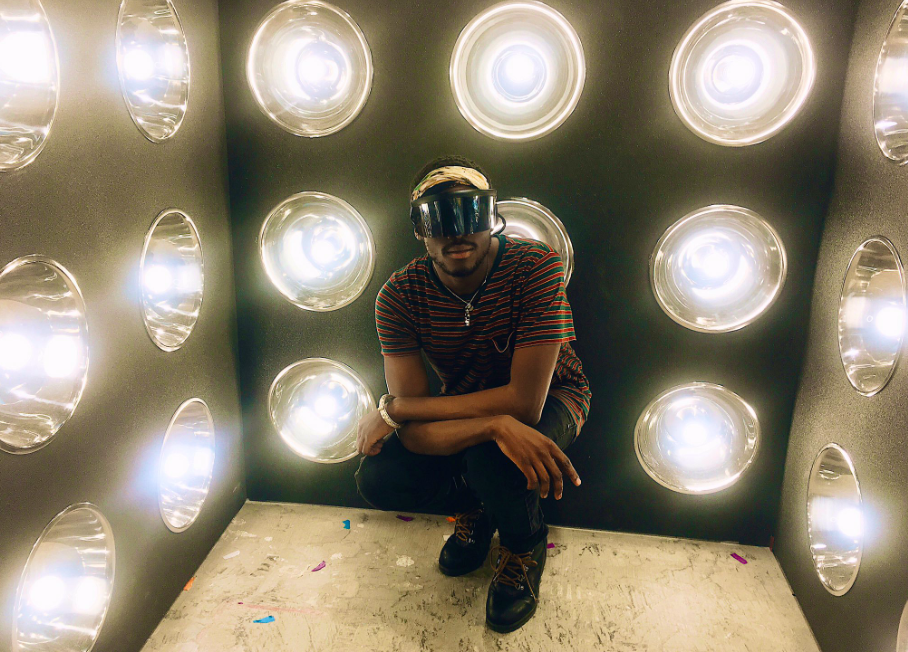 When community is at the forefront, success is bound to follow. This is a mantra Lord Felix has followed that has allowed him to keep his creativity, innovativeness, and design aesthetic sharp.

You may have first become familiar with the Brockton rapper with his debut album, In Bloom, Forever, that released earlier this year in February. It was a colorful introduction to an artist with diverse tastes and flavors, but most importantly, not forgetting to have fun along the way (please watch the video for “Nothing”). The album brought together local rappers and producers to craft an authentic project built within a family. Enlisting label mates Jiles, Luke Bar$, MEECH and others of Van Buren Records to craft an album that felt unique seemed like a big deal coming out of Brockton, Massachusetts. Because it was. It was refreshing to hear the sounds on In Bloom, Forever. Something aligned musically between these talented artists that doesn’t happen often, at least for hip-hop, in Massachusetts.

And it has happened again with Ultraviolet.

At only eight minutes and three tracks, Lord Felix doesn’t need more time to showcase the next evolution of his sound. He reenlists producer Leo The Kind and brings on producers Gara and Rilla Force to craft an enthusiastically vibrant listen. “Baby Boy” has a noir-like vibe led by a deep bass line that allows Lord Felix to get off a melodic flow, while the end of the EP hits a contrast note with “Carry Me,” which is airy yet a little funky, but has more of a lyrical introspective focus.

Ultraviolet is genre-bending, but that phrase itself is nothing new. What Lord Felix and his fellow group of Brockton creatives are up to is special. Listen to Ultraviolet on streaming platforms now.