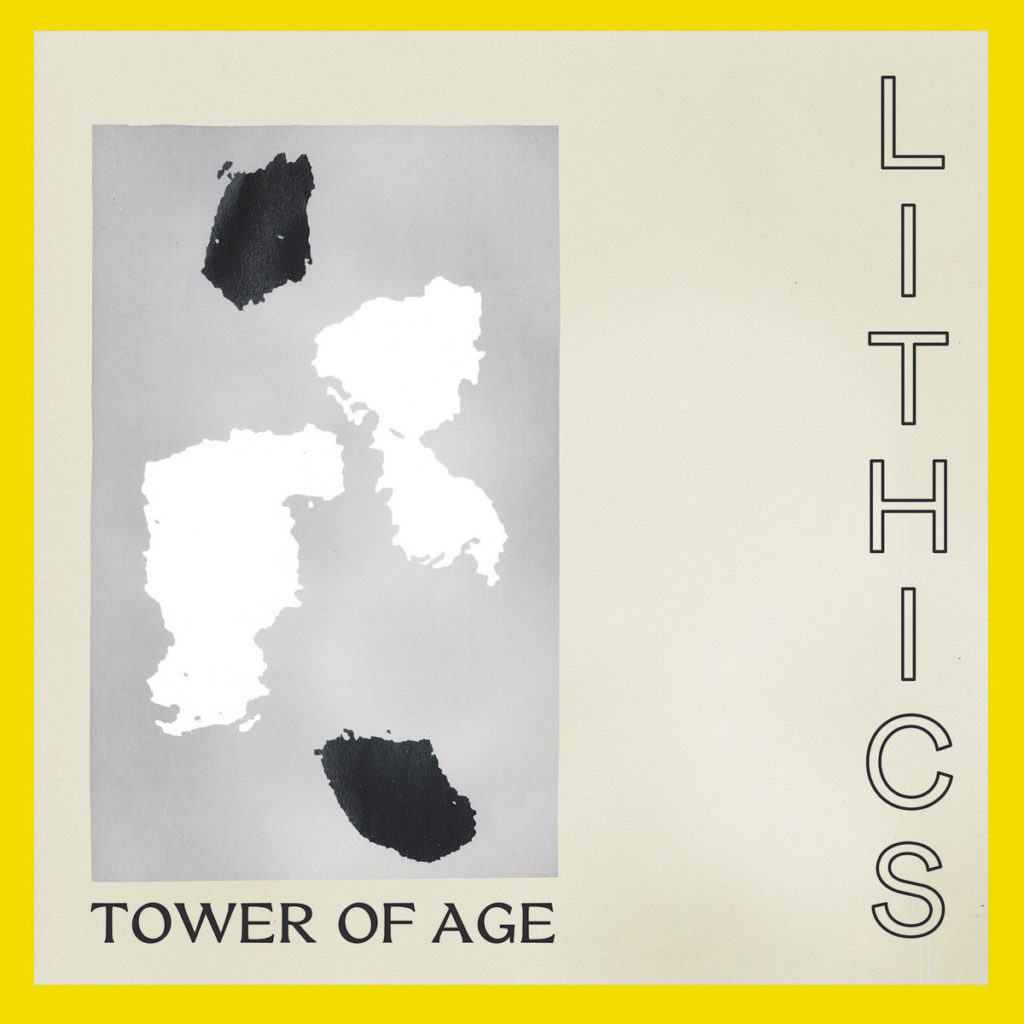 Lithics make music to dance to as the world unravels. The Portland, Oregon art punk group don’t hide their influences. Frontwoman Aubrey Hornor’s vocals recall no-wavers Bush Tetras. So do Lithics’ dance-inducing grooves and forays into downright catchiness. Dueling guitars shoot spiny riffs over a rhythm section that will not let you stop moving. I’m convinced they could make pop if they wanted to. Instead, they choose to withhold anything that easy.

Like the best post-punk acts, Lithics feel like an experiment, an art project. Hornor is concise and abstract in her lyrics. They’ve been called dadaistic and imagist. On stage, she stares blankly—a product first of nerves, but then incorporated into the aesthetic. Even Lithics’ album art focuses their minimalist and dystopian brand of punk. Primary colors, simple script. It’s no surprise Hornor also dabbles in visual art and sculpture.

Lithics can be like Devo in their affected weirdness. There’s a great public access television clip of them playing while staged people do everyday tasks in the back. Someone applies makeup, another paints. Horner looks unenthused playing her seafoam green guitar, the only one she ever plays.

On their latest project, Tower of Age, released on Trouble In Mind, Lithics continue honing the formula that made 2018’s Mating Surfaces so successful.

In an interview, Hornor said the album’s title “refers to the fortress you build up within yourself over time and the walls you erect to protect yourself. And personally, it’s about the process of tearing those walls down.”

On “Hands,” the record’s lead single, Lithics create one of their most fun structures. Bob Desaulniers’ meditative bassline forms a foundation for the band to build atop. Rather than spar, Hornor and Mason Crumley’s guitars interlace like cars passing through a busy intersection. On many other Lithics’ tracks, they would crash, but traffic runs smoothly this time.

The term “lithic” refers to stone, an apt name for a band always constructing something physical with sound. Every instrument exists on its own plane, and yet, there’s still a coherent whole. Listen to the title track. It’s so easy to focus on just one of the guitars, just the bass. Adjust your focus, take the whole thing in. I imagine a man of the future speed walking through a future city. It’s sleek in its Bauhaus simplicity, but there’s something sinister waiting to disrupt the cohesion.

The song “Half Dormancy” reveals what happens when Lithics opt to unsettle. The track begins with a nervous wavering that sounds like a wobbling spring or electrified rubber band. Tuneless guitars shout paranoid and frantic. Hornor pops in only to moan something incoherent. But you can still bob your head to it, basking in its villainy. That, to me, is the magic of Lithics.