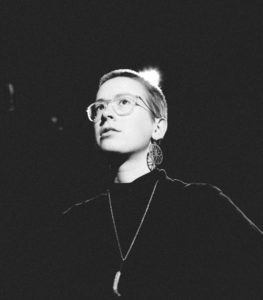 Lina Tullgren’s ‘Won’, her official debut record on the Captured Tracks label slows down time, literally. This album makes your bedroom feel as monumental, yet somber, as an old New England Church. Yet somehow, through the melancholia, the warm, tender guitars & soundscapes, the vulnerable poetic utterances & the ever-exploding symbols and pounding bass drum,  invites you warmly in to where you are. Both the expansiveness, and the limitations of human capability, are brought forward in this work & provide a benchmark for a new generation of artists to take heed.

The quiet brooding energy make this record a stand-out of 2017. Like pulling grass from a field in Maine, or watching smoke plume off a candle you extinguished with your fingertips as you and your friends sit around a Jamaica Plain apartment smoking weed; the feel of this album shines new light on small semi-permanent wonders. Tullgren’s sound brings to mind early Waxahatchee & label mates Blouse, but also by simply being rejuvenates the guitar centered angst filled Brooklyn & Boston alternative rock scenes with new emotional and musical life.

The song ‘Fitchburg State’ is a more upbeat as Tullgren’s vocals float over the driving rhythm like a cloud over a car on the highway. Driven, caught in a machine age that is still modern in the rudimentary rigidness of empirical order, yet post-modern in emotion & sentiment, the song is brought to life by lyrical poetry as rhythmic and hypnotic as the accompanying music. ‘Leave me alone to die in my room/ throw me a bone picture me out in the sun’ she sings off of ‘Summer Sleeper’, the 8th track of the album. The album was produced by Tullgren and Ty Ueda & released on September 22. The title of the album ‘Won’ brings into question the virtue of winning or what winning should feel like. Meanwhile the energy espoused by the record seems to tug the listener by the shirtsleeve and leads them into dreams, whatever those dreams may be. 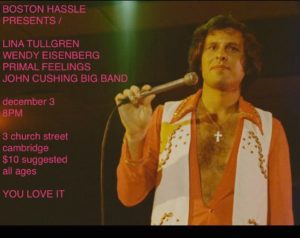 Chris Hughes is a music editor & contributor for the Boston Hassle. He can be reached at [email protected] or @crsjh_ via twitter and instagram.