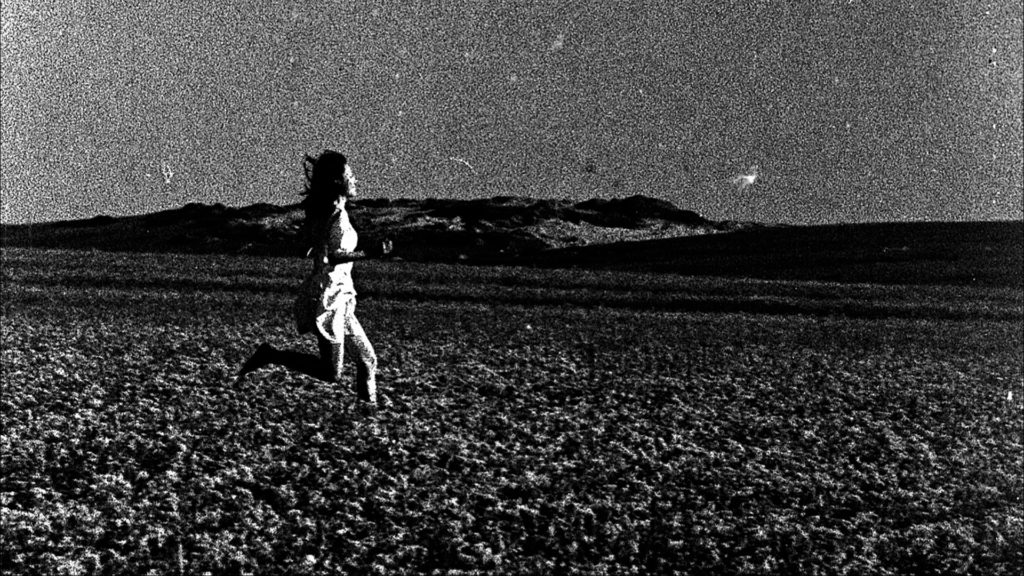 Balagan Films and Crows & Sparrows team up again to present  the upcoming Light Spells: Films by Sandy Ding. Ding, a Beijing-based filmmaker, has a special relationship with the medium that sutures this collection of experimental films together. Seemingly without plot, his films are rich with symbolism that is heightened by his treatment of the materiality of 16mm film. He imposes ambiguous visual cues that connect his ideas, like a form of wordless double entendre. Unlike double entendres, which are risqué and occasionally humorous, his films are serious explorations into spirituality, and thus mortality and transcendence. 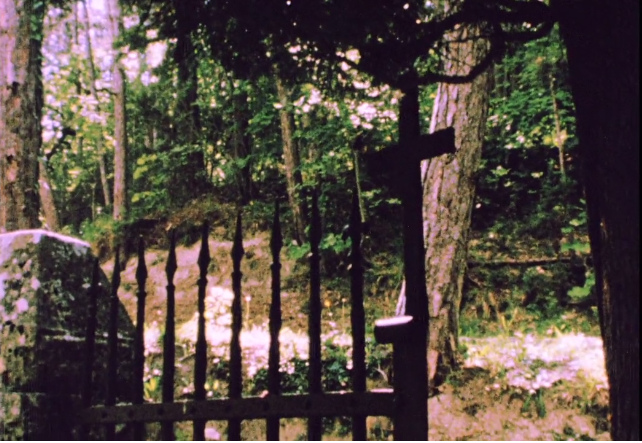 Kolijevka (2016), for example, opens with the establishment of the medium (light leaks), followed by a shot of a gated forest in the late afternoon, where a silhouetted cross can easily be mistaken for another spire in the gate. The next shot is a hospital bed, the only interior shot in the entire film. In its description, Ding writes, “It is the same peace in the cradle and the grave,” and this bed symbolizes both birth and death, depending on its location (the maternity ward or the ICU). The film then follows with images of a graveyard. But this graveyard that Ding portrays is peaceful: the light is soft afternoon, and shots of flowers and comforting colors tells us that there is no threat, but only peace in this place of rest.

Ding’s work also very heavily involves nature as a setting or natural elements as a theme. Although you can see this imagery almost blatantly in his films Water Spell (2006-2007), Dream Enclosure (2012-2014), and Mancoon (2007), which involves forests and mysterious landscapes, his reprinting efforts in River in Castle (2016) introduce the river as a symbol. The film, found from leftovers in Croatia, was reprinted with a DIY printing foundation. We see very unstable images that again, establish the materiality of the film, like a commentary on the physicality of the 16mm image flowing across the screen like a river, weaving throughout the emotions it’s trying to display. Don’t miss his hypnotic works, showing tonight at the Coolidge Corner Theatre