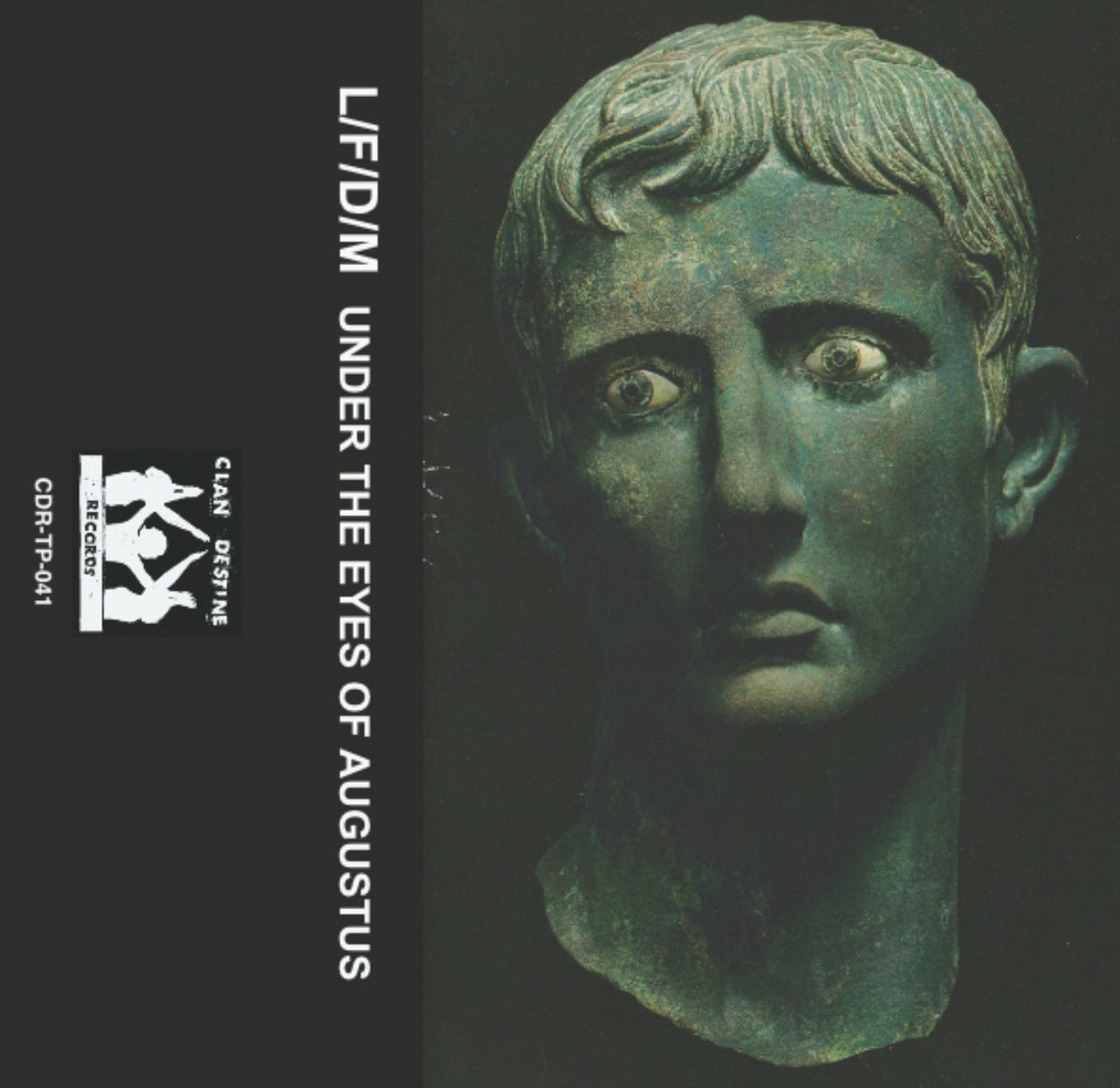 I’ve been stressed out for a while for obvious reasons if you’re familiar with the goings on in Hassle land. Positive stress, but it’s still stress. Can feel the hairs turning grey. At times like these music can be the richest of oases. For me it’s been L/F/D/M’s UNDER THE EYES OF AUGUSTUS (there he is on the cover, I think? not my area of expertise, sorry).

“An epic journey thru Techno, Electro, Noise, Acid and even Disco.” promises the excellent Glasgow label, CLAN DESTINE RECORDS, that released UNDER THE EYES OF AUGUSTUS both digitally and as a sold out cassette last fall. I’d say that is right on. The album is a sampler of sorts, of many and varied electronic music styles being mastered in relative brief. Rhythms routinely engage across the 15 tracks and 60 minutes from L/F/D/M. “Untitled (The Will of Woman)”, first off, that title? Oxymoron much? Won’t matter once this gets in your head though. The dancing synthesizer found here is a hypnotist of some kind. I feel like the cobra that’s in the basket, and this song is the one that turban’d guy is playing on that ancient flute looking instrument. I am wiggling in strange ways AGAINST MY WILL. Oooh, back to the “title”, hmmmm, yes.

The first cut “Cutting Limes” remains one of the more memorable of the album, despite the availability of many choice offerings. Techno, pulsing with a noisy edge that’s easy easy easy to get lost in. It seems cheap to only the mention 2 tracks, but that’s all I got time for. Be assured however that it’s just the tip of the iceberg on this one, as this is one artist that can’t seem but to cross “genre boundaries” (much to this listener’s d-lite). Sounds run deeeeeep. LOVE’S FLACID DISCO MUSCLE (aka Richard Smith), I just met you, but I want to get to know you.