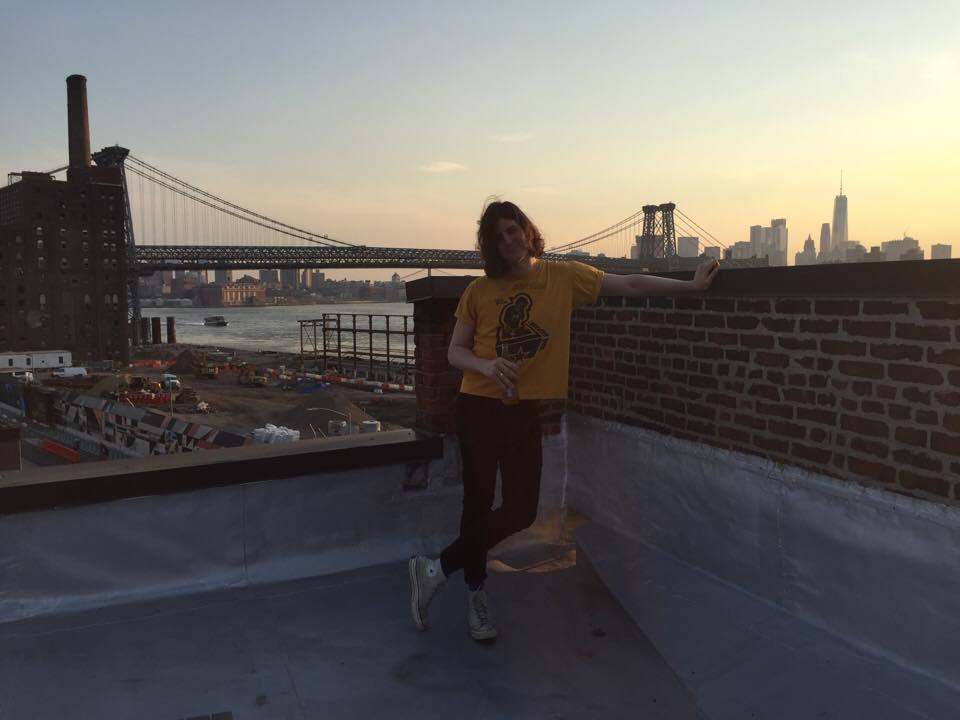 Leather Can’s “Woman in Wool” is immediately striking. There is raw nakedness to the persistent, deep drums and haunting, hollow guitar line that confidently introduce the song. Bastien Vandevelde, the mastermind behind Leather Can, appears to be leading you to the trailhead of a sonic search, but you don’t quite know where you’re going. It’s pleasantly unnerving.

Vandevelde begins to croon the title as if whispering a secret into your ear. Every aspect of the song intensifies—the drum beat picks up, the guitar becomes more prominent, and Vandevelde’s croons transform to harsher iterations of themselves—and the formerly unsettling tension becomes warm. You almost become comfortable, until you’re thrown a tastefully grungy, experimental curveball.

The EP has the added bonus of three remixes (“Loveless rework,” “Big Bad Wool rework,” and “Bikini Wool rework,” respectively) of the original “Woman in Wool.” Each one carries unique nuances that differentiate it from the parent track—“Loveless” has a distinctly more industrial, electric air and omits the lyrics, while “Big Bad Wool” has a nervous tension, which is soon eased in the final, seductive “Bikini Wool” remix. Each rework more haunting than the last, it’s as if Vandevelde is conducting his own musical research.

A video put together by Vandevelde accompanies “Woman in Wool,” and echoes the beautiful simplicity of the track that, in effect, is actually quite impactful.

Hassle had the pleasure of picking Vandevelde’s brain about Leather Can and the latest EP.

Olivia Gehrke: You’ve worked with Tall Juan, Juan Wauters, Phoenix, and have your own project Beastie Vee—how does your new project, Leather Can, differ from all these?

Bastien Vandevelde: So, in the right order, Beastie Vee came first while I was working as an assistant for French producer Philippe Zdar in his Motorbass studio in Paris. Beastie Vee was the nickname Zdar gave me after I happened to play drums on the first Kindness album, World, You Need a Change of Mind. When work was done at the studio, because I had the keys, I stayed longer (the nights that I had energy left or on the weekends) and started to play around with the instruments and nice microphones from the studio.

I was trying to express new things and go further than where I went already with the past bands I was in (the band Sable Noir and our album Chew!), and assuming totally my Reunion Island origin and my love for the ‘90’s rock scene.

Then came Phoenix. I got a chance to be credited as a recording engineer on their Bankrupt! album and to join them on tour after. This how I was introduced to NYC, and also why I decided, later on, to come back and explore the music scene with my Beastie Vee project.

Things went fast because of Mac , who I met in 2013 when he opened some west coast shows for Phoenix. I contacted him during my first days in NYC, and he introduced me to Tall Juan, who was his roommate at the time, and later on to Juan Wauters. I ended up joining both Juans on drums and sometimes open their show with my Beastie Vee project.

Unfortunately, the Phoenix tour had an end and so did the visa, and I had to go back to France. That was a frustrating moment, after all those new experiences and friends. This is when the Leather Can idea came in my mind. I was back in Paris and the studio was free for a week, so I challenged myself for fun and tried to record an album. So, Leather Can was born. It’s more simple than anything I had done in the past, straight to the point, no time to lose, a lot to express with very limited options (a guitar, a drum set, a few words and a few chords, all recorded with just one microphone).
OG: On the other hand, is there something from any of those projects that you’ve carried over to Leather Can?

BV: Leather Can is meant to be different than Beastie Vee—besides my voice that you may recognize I guess. And while I keep recording new stuff for both projects, I can see them becoming two different, but specific, musical entities.

OG: On the Woman in Wool EP, you have the “Woman in Wool” track and then three reworkings of it. How did those remixes come about? Did you do all of them, and what lead you to decide to put them all on the EP?

BV: The Leather Can album is already recorded and mixed, and so while I was practicing the songs for the few shows I had in NYC, I was also having fun playing around with the guitar on the drum’s backtracks. That’s how the three alternative versions happened, and I recorded the new guitar ideas on the same drums part. In the end, I just assumed that it would be a good gift to share four tracks instead of one.

OG: You released a video for “Woman in Wool” of a woman bouncing on an exercise ball in slow motion—how did the idea for that video come about? Did you produce the video?

BV: Yes, I produced it myself. When you don’t have money to do the crazy stuff you have in mind, you have to look around you, think of a pure and simple idea, and then have your camera ready when that magical moment happens.

OG: What is a musical and non-musical inspiration that influenced Leather Can?

BV: My whole life must have brought me to that point I guess. But I remember before recording Leather Can, I listened to that John Lennon “well well well” song and said, How crazy is the power of that moment when he screams “WELL !!! ” repetitively until the end of the song? I thought maybe just one word could be enough to express a lot, depending on how it is sung.

OG: What are your goals for Leather Can moving forward?

BV: I would love to release the album soon (while I’m still alive), because I’m already recording the second one…but I may need help for that; it is hard to do everything by yourself at some point. Also, I will keep playing the songs live and hopefully meet new friends.