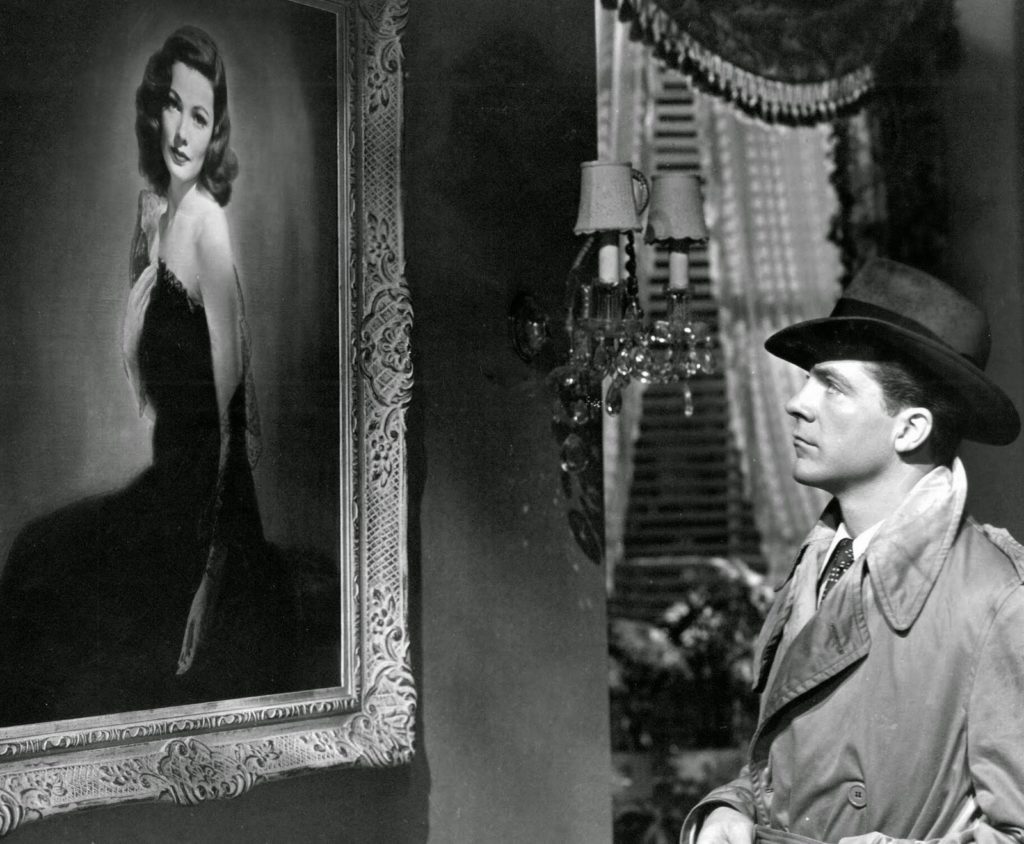 If you’re reading this, there’s a pretty good chance you love Twin Peaks. David Lynch’s groundbreaking primetime TV series (and its mindblowing cable follow-up) is one of the most engrossingly weird entertainments of our time, and its endless rewatching and discussion of it has become a cornerstone of our generation’s culture. Yet for all of its dissection and memification, one aspect of Twin Peaks that remains curiously unexplored is its heavy debt to classic Hollywood. DougieCoop’s revelation about the origin of Gordon Cole’s name is just the tip of the iceberg; particularly in its first season, Twin Peaks is littered with both allusions and direct references to classic American cinema. Lynch and co-creator Mark Frost have admitted to modeling their teen cast after icons of yore (Laura, James, Donna, and Audrey, meet Marilyn, James, Audrey, and Jane), and Special Agent Dale Cooper is explicitly compared by different characters to Gary Cooper and Cary Grant. Dr. Jacoby and Ben Horne once danced opposite each other in West Side Story, and the lavish bordello One-Eyed Jack’s, in addition to being named after Marlon Brando’s directorial debut, is essentially an import from Sam Fuller’s similarly subversive The Naked Kiss. In a very real way, that sleepy town in the woods is a patchwork of its creators’ favorite bits from their favorite movies.

A comprehensive annotation of Peaks’ references is an article for another day, but if there’s a single Rosetta Stone for Lynch’s masterpiece, it’s Otto Preminger’s 1944 film noir classic Laura. Like Twin Peaks, Laura begins with news of the murder of a young woman– named Laura, naturally– who we only get to know through snippets of her diary and a haunting portrait. Her closest confidant in life was an acid-tongued newspaper columnist named Waldo Lydecker, whose name would later be bifurcated into a talkative myna bird and his veterinarian; we also meet an artist named Jacoby and a model named Diane. At one point, when a character threatens to call the police on Dana Andrews’ nattily (and familiarly) dressed detective, he responds, “I am the police.” There was even, at one point, an alternate ending shot in which the entire story was revealed to be a dream. Even if it’s not a one-to-one predecessor, it’s clear that Lynch and Frost had Preminger’s film in mind through both iterations of their landmark mindfuck.

Of course, all of this would amount to a mere curiosity if Laura weren’t a seductively nasty slice of film noir in its own right. As Lydecker, Clifton Webb plays the sort of hilariously bitchy newspaper man who always seem to pop up in movies like this to dispense one-liners. The film’s plot is remarkably labyrinthine for its time, its twists presaging not only Twin Peaks, but also Vertigo and any number of similarly dreamy mysteries. It’s even got a shockingly young Vincent Price, playing straight and unmustachioed, if still as smarmy as ever. Within the decade, Preminger would become one of the key auteurs in the dismantling of the Hollywood production code, and it’s easy to sense the seeds of his later subversion in this dark little tale.

Decoding the influences of Twin Peaks can be a maddening rabbit hole to get lost in, especially when it comes to parsing elements that could either be a deep-cut Hollywood reference or simply a weird little thing that came out of David Lynch’s head. Obviously, there is no one text one can consult to solve all of its mysteries, but Laura provides enough tangible clues to send one on a deep dive into the Turner Classic Movies archives– or at least throw some rocks at some bottles.