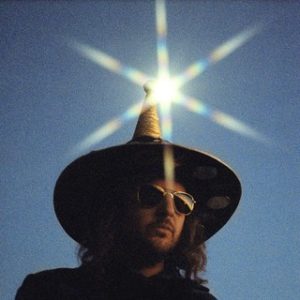 The tiny ringing bells that kick off The Other is a harbinger of a new era for King Tuff. Since he burst into our collective consciousness in 2006 with the now classic Was Dead, King Tuff (aka Kyle Thomas) has been cultivating an image of a carefree party animal, but this image couldn’t last. “It was exhausting. Physically and mentally,” says Thomas, “At the end of it I was like, I just can’t do this. I’m essentially playing this character, this crazy party monster…It had become a weird persona, which people seemed to want from me, but it was no longer me.” At a certain point artists either grow or become stale and thankfully his latter choice gives a new depth and honesty to his well known moniker.

Opening with a six minute track is a bold move from him but it’s clearly done on purpose to set a more contemplative mood and weed out any impatient fans. The four year gap between this one and Black Moon Spell (his longest of any albums) only emphasizes the struggle he was going through on the meditative title track. A simple, innocuous swelling organ backs the song contrasting against lines like science can cure sickness but what can cure my soul as he searches for some guiding sign while the production behind becomes more lavish and elaborate building into a serene psychedelic epic. It’s one of those existential what am I doing with my life moments we all have except he’s made his public.

It’s almost to be expected that an album dealing with existentialism would become despairing or depressing but he seems to have found a sense of resolve amidst the chaos. While acknowledging problems he continuously pushes this mentality of finding glimmers of hope from meeting again somewhere (Infinite Mile), the love of another (Raindrop Blue, Ultraviolet) or how wonderful it is just to be alive (Psycho Star). One of the strongest tracks on here, “Thru The Cracks” reflects this mindset beautifully recalling Pet Sounds in it’s yearning slide and airy harmonies as he reminisces about a friend lost to suicide and how he still feels their presence around him in the stars and wind. Pet Sounds is actually a good reference point for the album as it deals with the maturation of an artist and the exploration of lost innocence although where “Caroline No” was mournful his funky, sax driven “Birds of Paradise” is hopeful that the inner child within is still alive and can be brought back.

Ironically the biggest gamble on this album is on the lighter side in “Circuits in the Sand”. Talking about how those dang cell phones are distracting us from our lives is a tired argument and could come dangerously close to labeling King Tuff as an old man whose not with “it” but again here he zigs instead of zags. Indebted to a certain seventies hit, he includes himself among the phone fanatics and takes a futuristic look of where are cell phones will be in probably less than a decade questioning how much time we invest in them without coming off condescending or scornful.

King Tuff still delivers the hooks while growing up on the Other and it would be foolish not to take this next step with him on his cosmic power pop journey.