I can’t remember the first time I saw Kindergarten Cop. I think, like many of my friends, it was somewhere in a period where Arnold Schwarzenegger soundboards were floating through the Internet and popular prank calls were made using such classic quotes as, “It’s not a tumor!” Regardless, the experience was shocking. How could Schwarzenegger, someone who presented himself as this no-nonsense type actor in the Terminator films offer himself up for a role so vulnerably foolish? (I’d argue Reitman’s other films with Schwarzenegger, Twins (1988) and Junior (1994), make a better case of that point.) 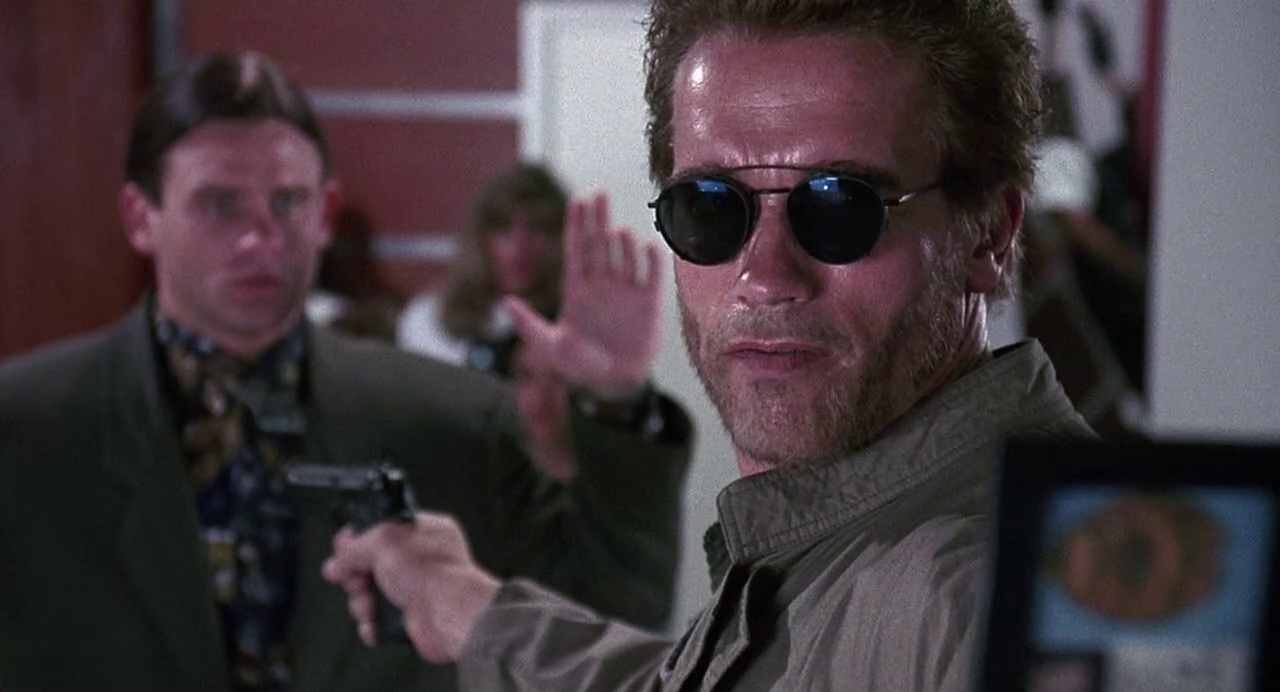 For those of you unaware of this gem, it’s the story of John Kimble (played by Arnold Schwarzenegger), a hard-boiled LA detective who goes undercover as a Kindergarten teacher in an attempt to grab a testimony from a drug lord’s wife. But don’t worry – the plot is not very important. What is important is the relationship Schwarzenegger takes on with the children he’s teaching, the source of such famous moments as “Who is your daddy and what does he do?” and the begrudging “Shut up!” featured early in the film. Where some think Kimble will fail, he perseveres with a strong yet lawful presence matched with oafish charm. 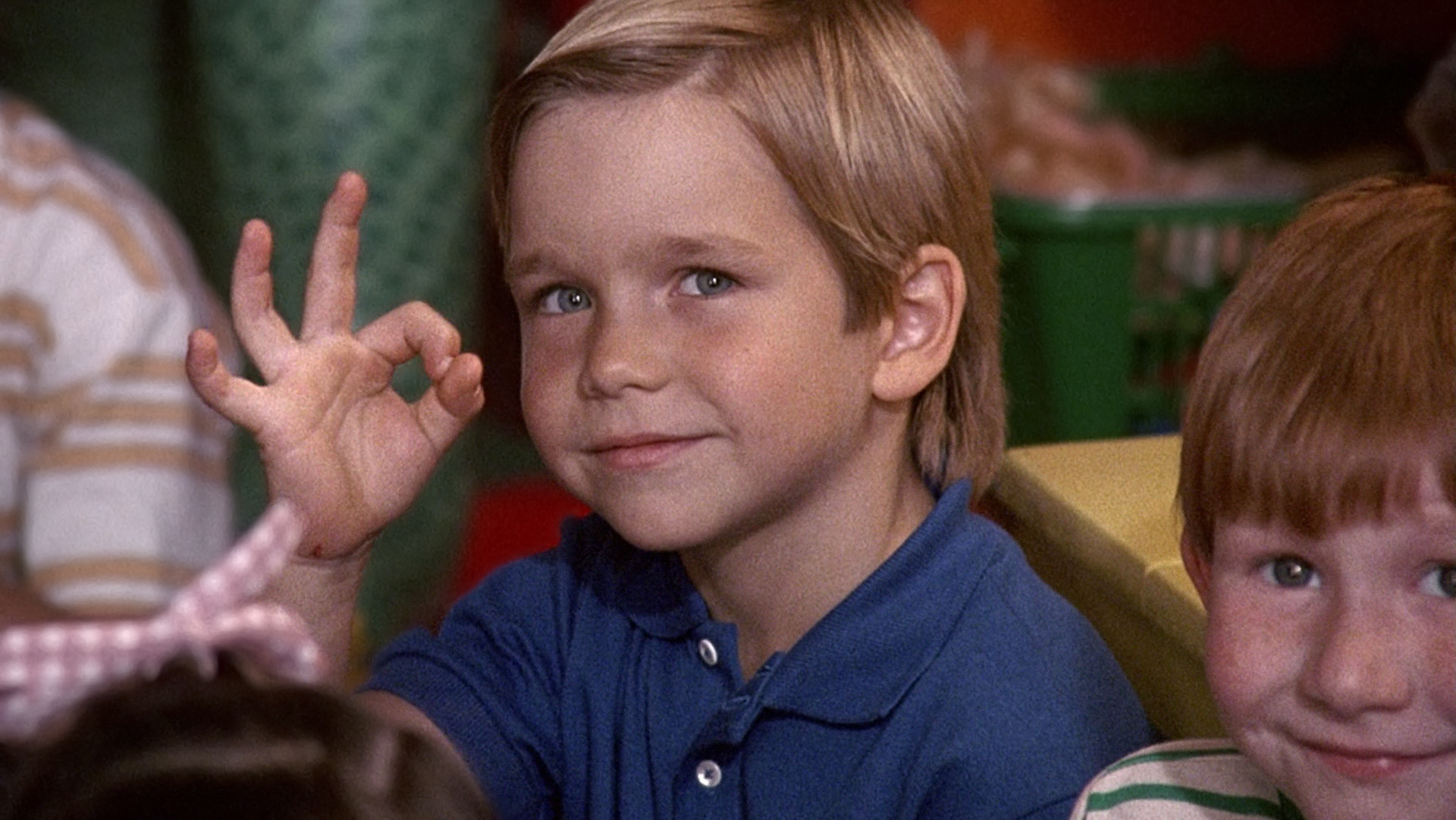 Again, let me reiterate: John Kimble is initially a badass, but through the power of children and comedy becomes a neutered, lovable doofus whose crime-fighting passion is soon replaced with a love for early education. It’s ridiculous, based on the idea that action heroes would fail in raising the minds of young children, but, honestly, its heart is in the right place. Were this a film using someone else or trying to play up more of the male incompetence when it comes to children, the message might be muddied with a more pointed critique. Instead, Kindergarten Cop is a simple laugh and a half.

This leads me to wonder what the relationship between Reitman and Schwarzenegger was and why this was the source of so many great laughs. Does Arnold have a legitimate sense of humor buried beneath those muscles? Is this somebody double – perhaps another Terminator sent to the past? 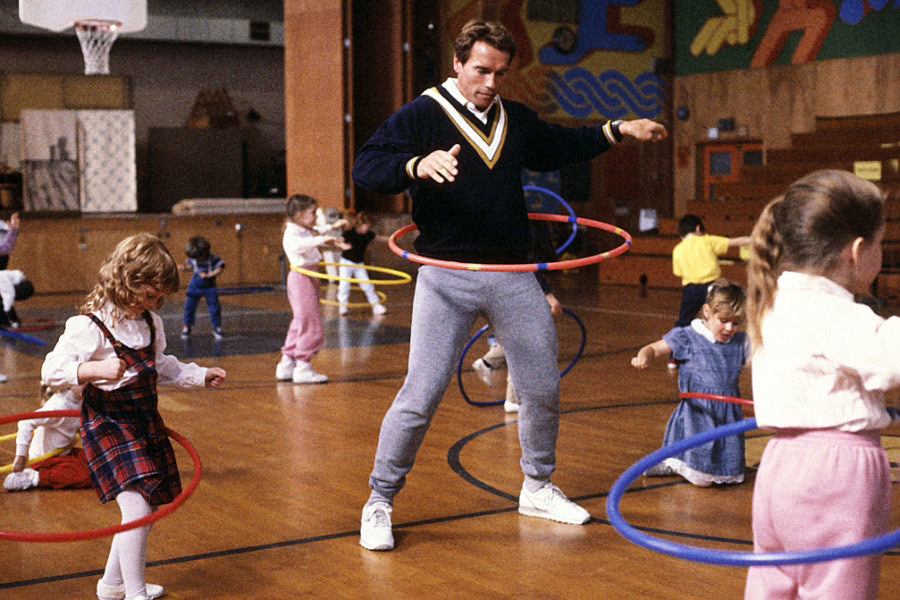 Whatever the explanation, there’s nothing more gratifying than watching the evolution of an action character descend into a pure-hearted teacher captured in the genuine awe of childish play and imagination.