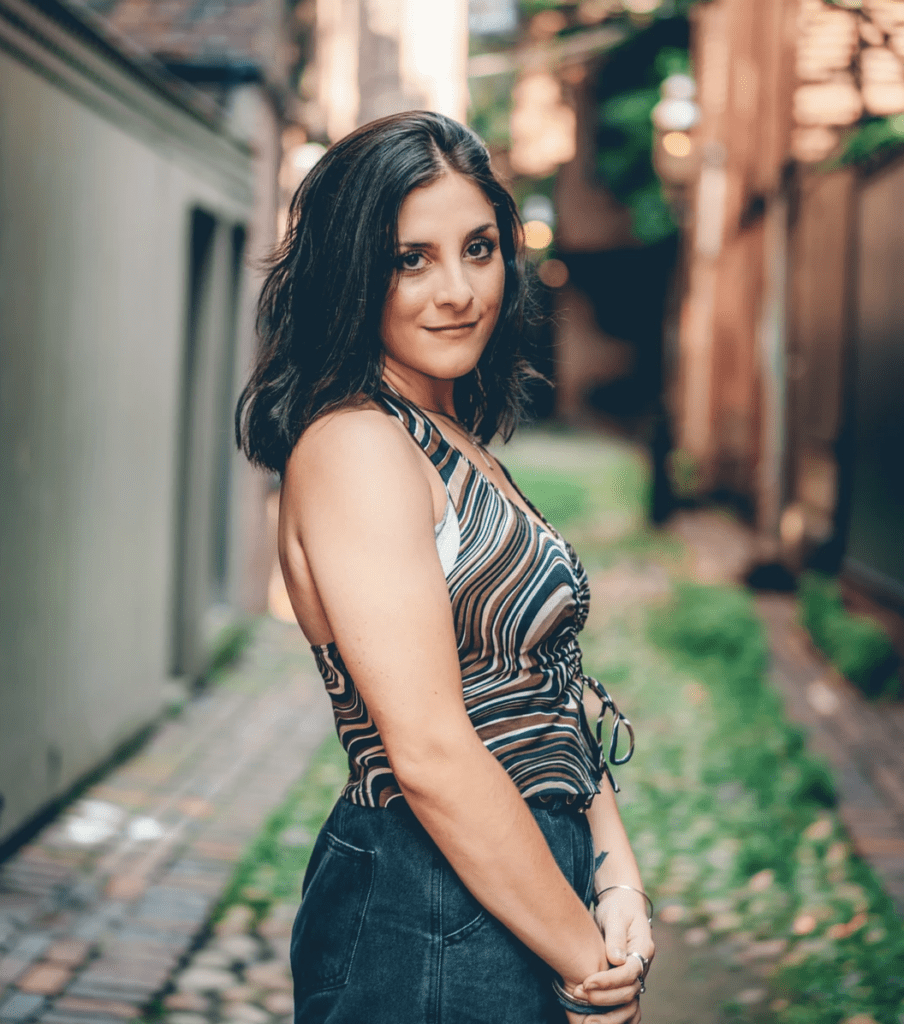 Kelsey Blackstone’s “Alice,” seems unsuspecting. At first listen, it appears to only be an electric retelling of C.S Lewis’ famed story, “Alice in Wonderland.” Though, as one goes further down the rabbit hole, they discover that there is much hidden behind the song’s bright, danceable façade. “Alice” is full of lyricism that oozes confusion and distress—it is Blackstone’s desperate plea for guidance in a tumultuous world.

“Alice, tell me, what did you see
When you went down in the deep
I’m there now, Please tell me how to get out

Alice, help me, into the rabbit hole I fell
And baby I can’t tell
Which way is up, which way is down
I don’t know how to get around”

“Alice,” independently released on April 15, 2022, follows the journey Blackstone took to find herself again after being stuck in a period of unknowing. Written in the midst of the COVID-19 pandemic, “Alice” paints a clear picture of Blackstone’s mindset during the time. She was at a complete crossroads, preparing to graduate from Berklee School of Music, feeling unsure and overwhelmed with all that was being thrown at her.

She recalls, “I wrote around the time last year when I was graduating. I was doing this other job and […] it did not pan out the way that I was hoping.” All of Blackstone’s plans had suddenly dissipated, and she was forced to pick up the pieces and start over again. Her confidence began to falter as she questioned herself, asking: “What am I doing? Am I making the right choices? What do I need to be spending my time doing? How do I move forward?’”

During that time, Blackstone had been seeing references to “Alice in Wonderland” everywhere she went. Her world was inundated with Alice’s adventures. She viewed it as a sign of sorts, and decided to sit down to watch the original 1951 Disney version. After that watch, everything began to click into place.

“I hadn’t seen the movie in years. It was not as light-hearted as I remembered it being as a child […],” she adds, “A lot of the movie is Alice being frantic, and begging these people/creatures to help her out. They are basically refusing to, so she just gets more and more frustrated and desperate throughout the movie.” Blackstone found herself resonating with everything that Alice felt. In that moment, she, too, had felt like the entire world was against her. 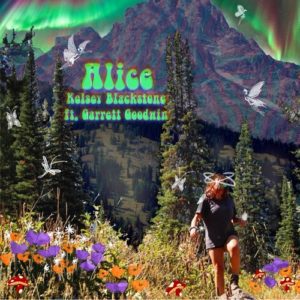 The cover of “Alice”

Blackstone’s friend and longtime collaborator, Garrett Goodwin had picked up the guitar over quarantine, and invited Blackstone over one day to jam. She happily agreed, seeing music as the only outlet that would effectively help her sort out her feelings. “When I’m writing, I feel like there’s no barrier,” she expresses, “there’s nobody that I’m trying to please, there’s no pressure. It’s just me writing whatever is on my mind.”

As Goodwin and Blackstone began to improvise, the lyrics flowed out of Blackstone. “What did you do/When you fell down here too/What did you say/To the caterpillar in your way,” she sings, as she begs Alice to tell her what do to and how to get through the perils of life.

Blackstone and Goodwin “were both in the same space mentally” during that time, Blackstone recalls, “Writing that song just helped us put words to the feelings that were going on inside and come to terms with what we were going through, and what we had to do next to get to a better place.”

After that initial jam session, Blackstone and Goodwin brought the tune to their friends to flesh it out with the support of a full band. In the track listeners hear today, Blackstone employs elements of 70s rock and traces of an upbeat samba rhythm to add some pizzazz. The result is a vibrant song that one cannot help but leap up and dance to.

Through songs like “Alice,” Blackstone hopes to curate messages that will resonate with people. “Now everything is at the click of a button, on your phone, on a computer. In a way, it takes a lot of humanity out of it,” she notes, “ trying to bring that side of the artistry back and make music accessible and a safe space for people to love each other and have fun.” Her music provides people with a safe space to just be.

Blackstone expects to release a couple more singles by the end of 2022, and she will be playing shows all summer long in the greater Boston area. And while Blackstone might not feel like she’s trapped in wonderland anymore, “Alice” will always be there to rescue people who have fallen down the rabbit hole.

You can keep up with everything Kelsey Blackstone by following her on Instagram, TikTok, subscribing to her YouTube channel, and of course, by streaming “Alice”!