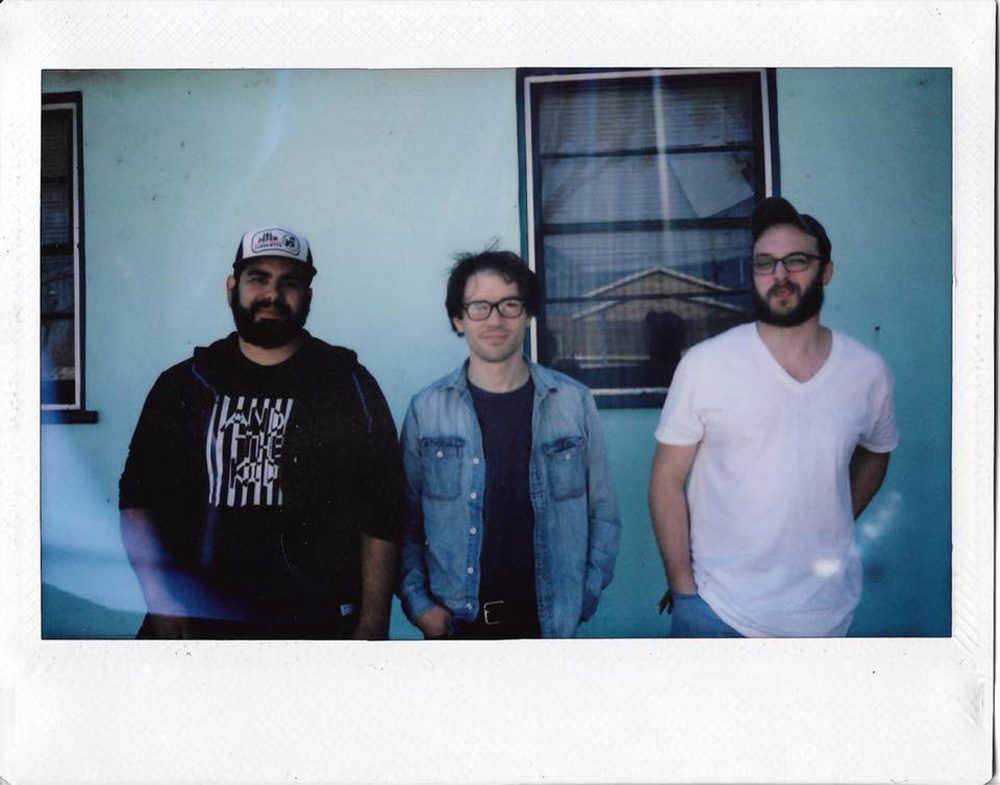 Heavy, unobtrusive, and cleansing, Kal Marks’ latest release “Universal Care” is the ultimate brain purifier to quiet the stressful rattlings in one’s head. Released in February of this year via Exploding in Sound, this 12 track album blends noise rock, heavy metal elements, and abrasive, calming (and sometimes beautifully haunting) vocals to chill you the fuck out and sit you the fuck down when you find yourself unnecessarily cluttering your life with bullshit. With Carl Shane on guitar and vocals, Michael Geacone on bass, and Alex Audette on drums, “Universal Care” shakes the listener to their core, and provides a little something in which anyone could find themselves. In short, “Universal Care” is medicine for your brain.

The first track “Fuck That Guy” feels like a lesson in morality and self-discovery. Its distant echoes catch up as you listen, while Shane’s bellowing vocals vent out frustrations for you, whether they’re about the current political climate or the drunk asshole obnoxiously yelling behind you at a show. “Fuck That Guy” is a jaunty track that unapologetically crashes around you, rhythmically wavering until ending with an abrupt explosion of sound.

The title track follows much in the footsteps of the first one, with a much groovier bass line and some knockout drum kicks. What follows is “Loosed”, the longest track on the album at almost 7 minutes. Suspenseful, jarring, and containing some heavy metal riffs during the chorus, there’s a lot more build-up here than the rest of the tracks so far. The track wavers on the edge of insanity, slowly becoming more unhinged until the aeriformous end of the track spaces and drones out to a quiet end.

“Springtime in January” blares the listener back to reality, a short two minute tune blasting with pulsing cadence, with a false stop smack dab in the middle. If “Loosed” bordered on the edge of insanity, “Springtime in January” is full on straitjacket in the best possible sense, especially at the 1:16 mark after a suspenseful 6 second long silence.

Melodic and minimalist, “Ode”’s quiet and gentle tone is full of emotional crooning, in complete juxtaposition with the rest of the album. Here is where Shane’s voice becomes the most prominent, important instrument, with sorrowful inflections reflecting on things past. While “Ode” is by far the most minimalist track on the album, it leads into the more downtempo “All Error Is”, which is screeching and unexpected in the way it subtly changes rhythms.

“Grand Mal” follows “Springtime in January” in its tracks in its heaviness where the bass line is absolute king. Serving as a turning point in the album, Shane’s angsty yet honest shouting is uninhibited here as it entwines within a more technically complex musicality. From here, there’s an incredibly smooth lead-in to “The Afterlife”, which is a more approachable track since it starts out so tranquil in the beginning. “I will see you in the afterlife” Shane sings unflustered, unafraid of death.

“A Place Amongst the Angry Hordes” deviates slightly from the harsher tones of the rest of the album, with super clear guitar playing and hoppy drum beats. Its a lovely track in both its darkness and lightness. “Adventure” and “Reprise”, my personal favorites, are entrenched in lofty, vestigial anticipation, like you’re constantly riding upon the crest of a wave. The album ends with “Today I Walked Down To The Tree, Read A Book, And When I Was Done, I Went Back Inside”, which according to Shane, is both inspired by a Jack Nicholson quote and the most genuine love song he has written. There is such a simple beauty in this imagery, as he encourages the listener to drown out irreverent voices in their life. Kal Marks accompanies this with more mellow riffs to prepare the listener for the inevitable, yet healing end.

Kal Marks is a loud band and they want you to know it with this album. They’re not afraid to get down to it and they don’t draw things out longer than what feels right. Some tracks have perfect lead-ins to the next, at times completely unnoticeable to the listener. So much emotion is entrenched within their music, making it interesting, layered, and relatable, like a close friend encouraging you to take good care of yourself, no matter what that entails.