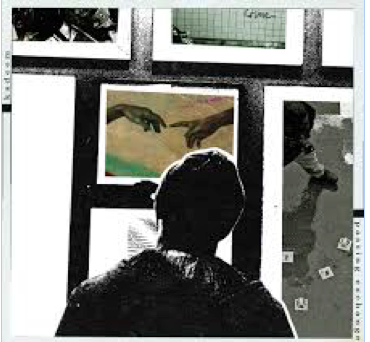 When Kadeem raps, it sounds like he’s building an intimate connection with nature’s dynamic atmosphere while simultaneously grasping his Mattapan roots. He’s an allegorical lyricist who’s seemingly always in motion, as evidenced by the cover art (and explanation for it) for his 2019 debut album World Sport. The Boston affiliate evidently lives by the Luke Cage mantra, “always forward, never backwards” (thank you Pops), twisting his words with the precision of a calculator; or as he aptly explained in an interview, “a sniper.”

It’s no surprise that Kadeem’s music sounds so vigilant when digesting it. His instinctive goal in life is to look at the world through a macro lens while perusing through Boston’s crevices on his ’87’ Scwhinn World Sport. His new EP Passing Exchange marks a continuation of his community-based raps that bridge the gap between past calamity and present calculation.

Born as a Jamaican-American, Kadeem used World Sport’s platform as a way to pay homage to the Caribbean Center that incubated music, family gatherings, graduations and funerals amongst the local Jamaican-American population. Much like Kadeem’s own music, the establishment cultivated a sense of passion and intensity for one’s own personal belonging. The place was unfortunately shut down due to regular calls involving “disturbances,” whatever the hell that means. There was a proposal by a Caribbean immigrant group for a new center in 2014 that I suppose never got passed (I can’t find any follow-up story about it) for whatever reason. Based on Boston’s police budget, my cynic meter believes the public funding most likely went elsewhere.

Regardless of blatant gentrification or questionable community closures, Kadeem always “pushes forward.” He starts his new EP providing power to the Black individual rather than the merciless government that attempts to dictate their lifestyle. “In this country if you’re black, you gotta know how you feel about yourself first before you can cope with anything else.” This is a sentiment Kadeem lives by when he’s ruminating on the future of the youth. The piercing horn loop on “Kiss the Sun” sounds much more assured and urgent. Kadeem doesn’t necessarily have all of the answers, but it does sound like he’s forging his own path while learning the ins and outs of his spiritual well-being (“Lose your purpose in sins just to find yourself”). His outro/chorus at the backend of the song only confirms his organic connection to our galaxy. He’s inherently more wise than he was a year ago.

Part of Kadeem’s natural appeal is a stark sense of familial and cultural endearment, even when times appear bleak. “Jaded” warps the grandiosity of “Kiss the Sun’s” horn into a lachrymose drawl. The bass festers within the depths of your eardrums as Kadeem discreetly references his drug dealing escapades-“seeing success while death looms, n****s trying to kill my vision, but I left with a flesh wound.” Resilience exudes through the music like the sunshine that hits his face on “A Cross to Bear.” The clouds retreat, heavenly ambience appears in the backdrop, and Kadeem sounds more alive than ever when finding the beauty inside even the worst circumstances. He thanks his closest associates before the flowers find them, and subtly hints at cyclical generational trauma as if it is expected. It’s almost as if one must experience some type of incessant struggle before proving their worth; a dangerous norm in America that Kadeem effectively ponders while offering tidbits of his own personal story.

He finishes the EP as he usually starts his projects-as an enlightened educator based off of raw experience and constant soul-searching. “They ain’t carving their glyphs right” acts as the formative conclusion for a person who continues to better himself in the midst of chronic infidelity. This is far from a Passing Exchange. This is an artist who’s found a connection between nature, culture and inner-self.