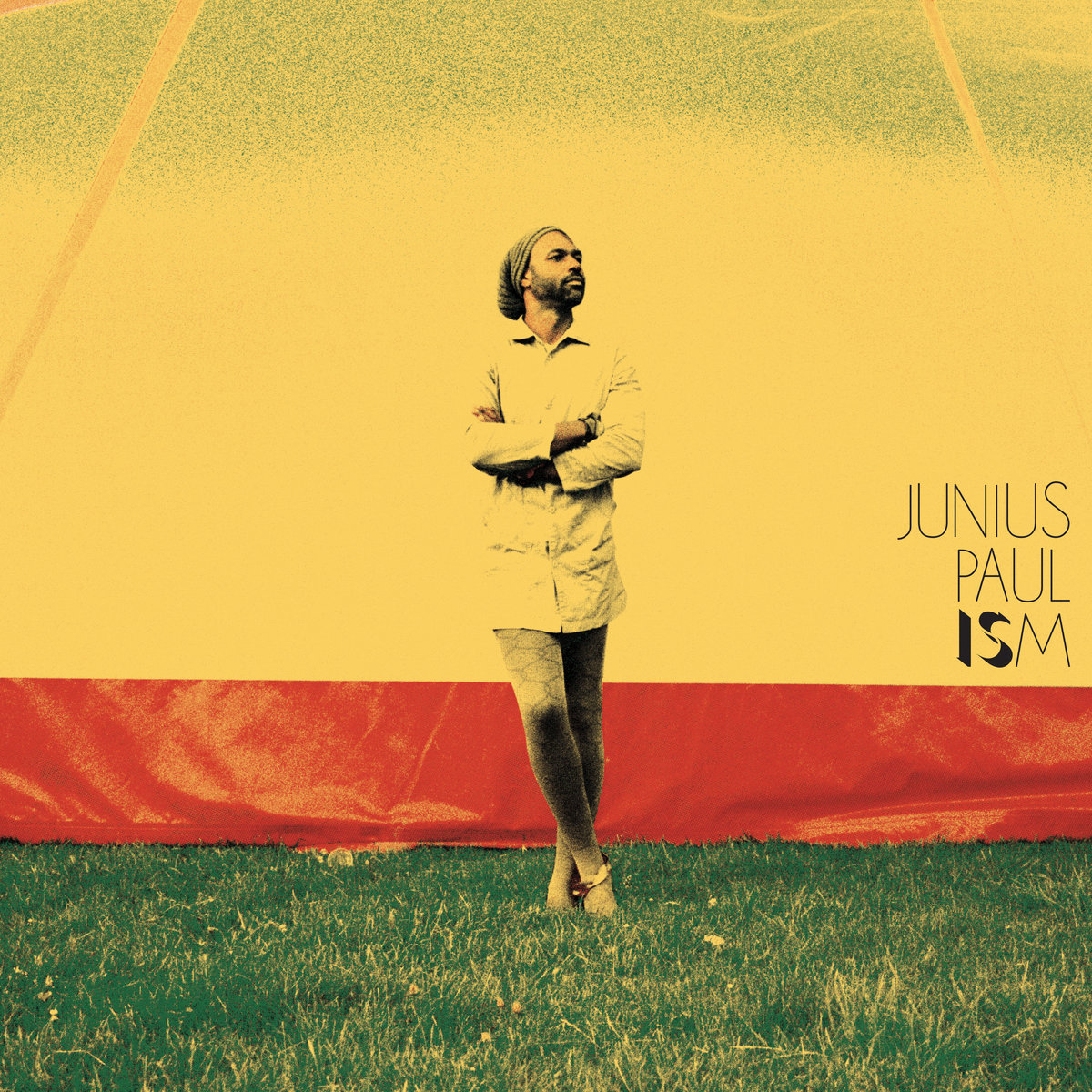 Woah. This record is a ride. I was not familiar with JUNIUS PAUL’s work before this record ISM, but I’ll be digesting whatever came before and whatever comes after 100% posthaste. The record from this Chicago born and bred bassist extraordinaire comes via the Chicago label INTERNATIONAL ANTHEM which can only be described as the jazz label of now. Or maybe just the record label of now. From jazz springeth so many, varied tendrils of sound.

ISM is Paul’s debut solo record after much ensemble work including with the ART ENSEMBLE OF CHICAGO. The label’s notes share the tale of Paul’s formative days @ the now defunct Chicago venue, THE VELVET. Track 14 on the album is even named after the venue’s owner. The place where his playing really took shape was this magical sounding space that also housed many of the supporting players found throughout ISM. Every superhero needs an origin story. More backstory for Chicago being America’s greatest music town.

It’s a sprawling thing, ISM, a beautiful web of styles and approaches to music all tied together, at times almost imperceptibly, by the shape shifting bass playing of JUNIUS PAUL. There’s lots of free jazz (“You Are Free To Choose”), some kind of modern strain of funky soul jazz (“Baker’s Dozen”), early 70s Miles (“Spocky Chainsey Has Re-Emerged “), and electric drum and bass duos (“Paris”). The ease with which Paul moves between curiously funky backbone, wild elastic solo bass attack, and team player – tangling his playing all kinds of up with Makaya McCraven (and Isaiah Spencer)’s drum playing and a number of different sax and keyboard players – is his maximum strength.

“Georgia” is a strange funky stunner. Paul plays slap bass here to body erupting effect. Justin Dillard’s organ hangs the clothes on the line to dry. Makaya McCraven on drums provides the line. Under 2 minutes long this is one of my favorite tracks on the whole album. A mysterious, smoke clouded anti-funk that I wish went on forever to be honest.

On “Paris”, the album’s 11th track, the ensemble situation is broken down to just drums and bass (with an appearance by Marquis Hill’s trumpet). Paul and McCraven play a spectrum of music here over this tune’s 11+ minutes, which have apparently been manipulated in some manner after the fact by McCraven, though I’m not exactly sure in what way. An edit of multiple riffs/takes/snippets blended into a single, whole. Probably. Anyway, it’s seamless, and around the 7:30 mark things get turned on. A funky, melodic reckoning takes us on out and it could the best moment on this special moment filled record. It could be post-punk even.