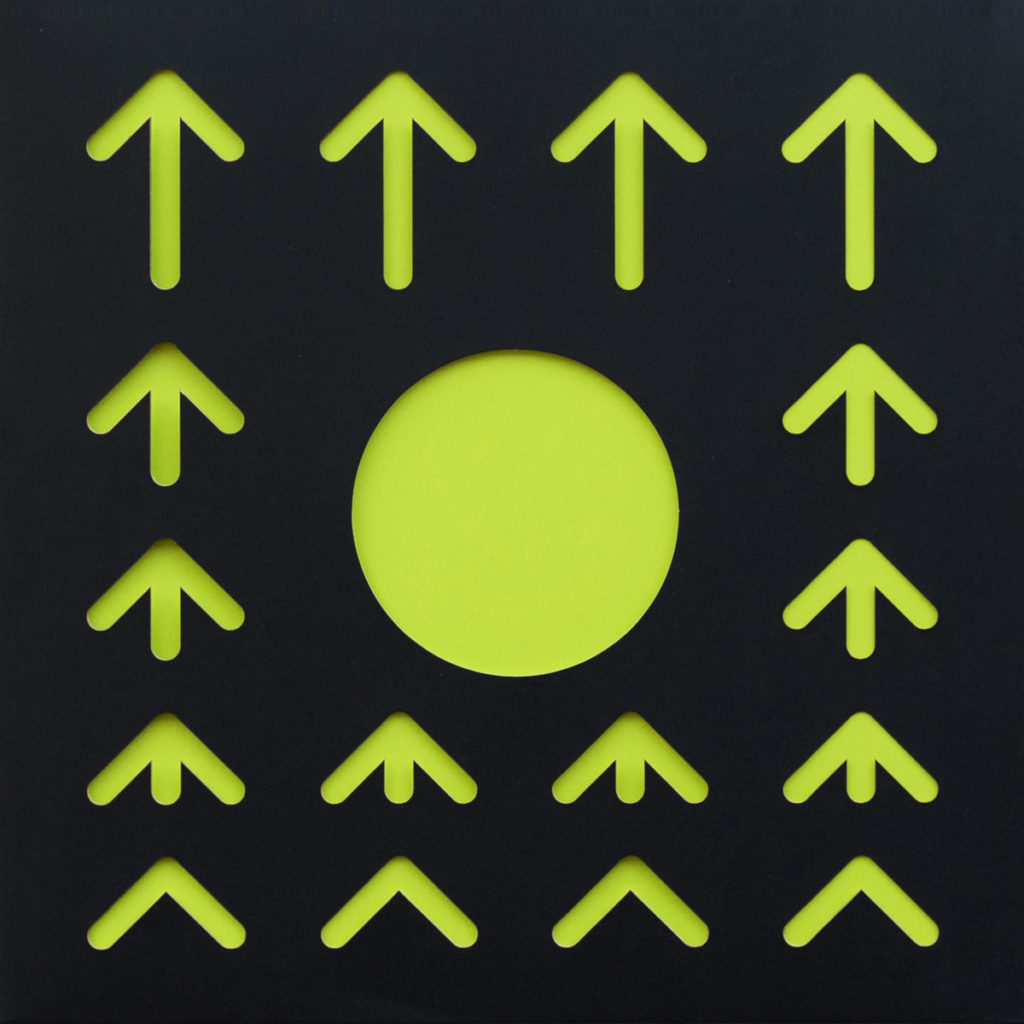 When he’s not playing in industrial metal outfit Godflesh or making perplexing shoegaze slow burns as Jesu, Justin K Broadrick is making a slew of dance-ready dark techno and harsh noise as JK Flesh. A seminal member of legendary grindcore act Napalm Death and the mastermind behind the long-running Godflesh- Broadrick’s reputation for dealing with the darker corners of music has yet to elude him. JK Flesh primarily experiments within the realms of techno and electronica, as well as elements of harsh noise. Earlier this year, PI04 [π04], released by Pi Electronics Label, displayed some of JK’s danciest tracks yet. JK’s latest release, New Horizon, distributed by Electronics Deluxe, is a full frontal techno smasher with a greater emphasis on his noise roots.

JK’s electronica repertoire has been evolving over the past couple years with more emphasis on pace and danceability as opposed to noise and rhythmic diversity. His 2017 release, Exit Stance, used a concentrated blend of JK’s dark tone and a signature club ready four-to-the-floor backbeat. The combination of the creepy, sometimes harsh atmosphere and consistent bass heavy rhythm not only sounds dark, but physically impelling as dance music.

New Horizon hobbles forth with that familiar, animalistic backbeat, with a raunchy set of synths that fits on a harsh noise album. The album is an auditory assault of blown out kicks and discordant synths that disorient as much as they elicit head banging or a tapping foot. ‘Genetics’ plays with filtering the bass in and out of the mix, resulting in a rager of tension and release, ending in a crackling mess of electronic voices– as if the intensity of the tune beat it to submission. A common factor in a lot of these songs is a layer of fuzz that clouds over the bass and high pitched arpeggios. JK plays with the presence of fuzz (which ranges from calming to overwhelming) and its absence throughout the record. ‘The Next Stage’ sits in that fuzzy fog, leaving dubby bass wobbles to beam as loud as a lighthouse just to get over the hissing sludge. Huge bass parts fill this record, but perhaps only to drown the mix in the aforementioned fuzz, like on ‘Super Human’ and ‘Macromolecules’, which display peaking dub bass voices that add plenty high-end punch. These voices come in and out of the mix like taunting demons, but are prominently the features of these bleak dance numbers.

New Horizon is as ominous as Broadrick’s body of work in its unwillingness to present melody, but dedication to owning its discordance and pure energy. No matter what, this is a dance record– albeit, with a dissonant twist. This project shows just how gritty and disorienting a techno song can sound while still urging the listener to just groove it. Amid the fuzz walls, chalkboard scratching synth, and panic inducing layers of arpeggios, the consistent four-four kick and undeniable adrenaline pump of a bass drop is and will always be a surefire way to make a body move.