In the summer of 2017 Jesus Vio recorded a twelve track psych rock record in Nasvhille, TN released by Fren Productions and Feeding Tube Records. It’s a perfect album to spin in the dog days of August. Vibes of Lou Reed and The Byrds infuse with the tunes in a natural manner. It’s undoubtedly a complete artistic statement and the similarities to 60’s psych is simply a foundation for Vio’s vision to take form.

‘Do You Believe?’ Is the first track. And I do believe, indeed. It kicks off with a kaleidoscope of jangley guitars floating atop driving tambourine. Whoops of support vocals pan out giving room for Vio’s nonchalant vocal delivery.

When you travel through the album and get to the end track and hear the spoken word of “Ready Spaghetti’s Chirpy Day” you’ll truly appreciate Dutch Science’s diversity and flow. The total runtime clocks in at 20 minutes. These tracks move fast! The sounds are lush, warm, yet punk in attitude somehow. The work is a great merger of genre, appropriate for an aging beat poet to light a spliff to; or for a rebellious nineteen year old to seek answers amongst peers and solo cups filled with cheap vodka and orange juice. 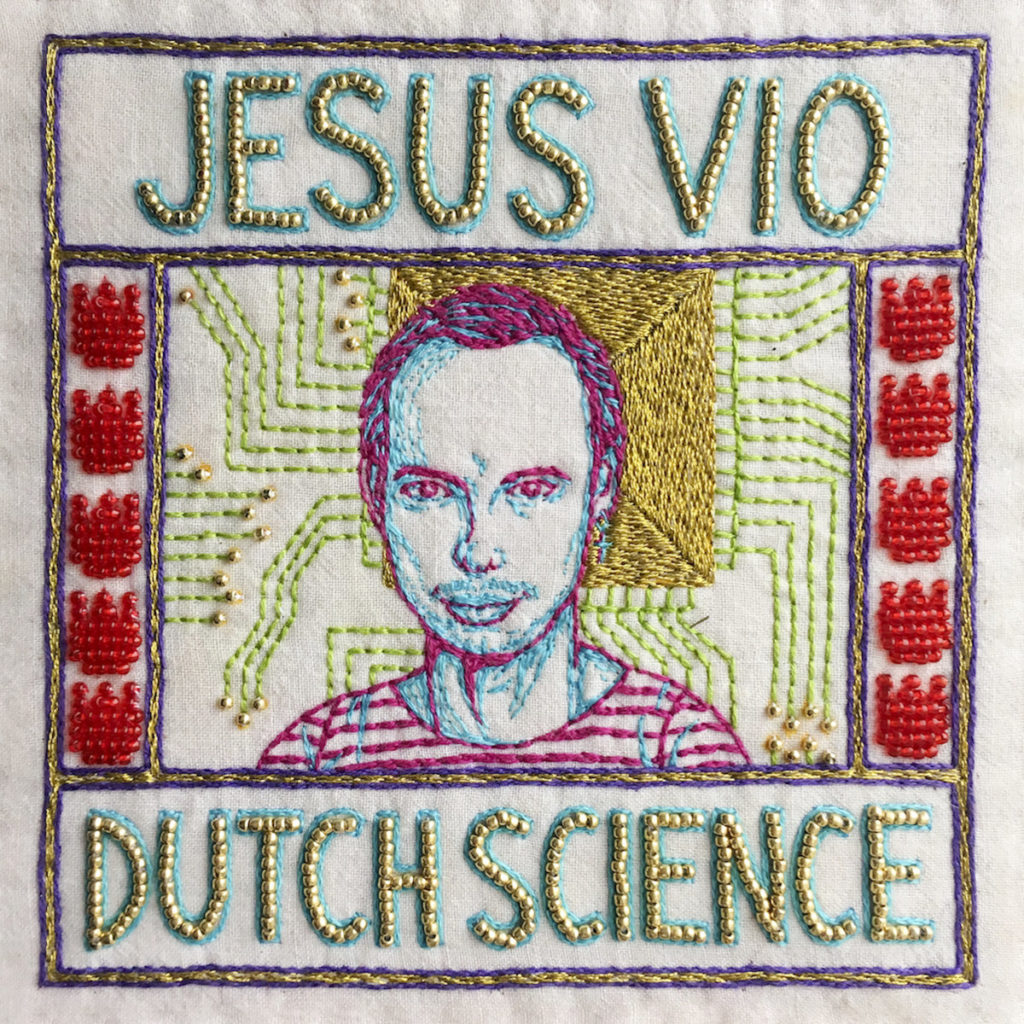 Vio mentions music city in “Grazing” with the line “Nashville sunsets they can be blinding.” The southern influence of Nashville creep in on the edges in all of Dutch Science with pounding pianos and weaving violin. Vio’s classical guitar playing brings the work to a new depth and makes for a delightful fusion.

“Chocoli”, the third track is a radio single if I’ve ever heard one, and an uplifting ear worm from the heavens. By the second chorus you’re already singing. It’s a short and addicting track with echos of Frank Zappa in its quirky chant on religion and shoutout to the Dalai Lama.

“Shredder” features a frantic drum groove as a narrator rhythmically lists poetical madness. When the half-time hits on the coda the tale about bridesmaids having a tragic ending is as comical as it is a disturbing image.

Dutch Science is a gem of original psych sound and poetry. There’s an air of calm throughout. The album never takes itself too seriously, it simply carves out its own space in the sonic-sphere ready for the listener to take solace in the journey.